With only one more episode left of the Hulu miniseries, The Act, fans of the show are preparing for the grim fate of Gypsy Rose Blanchard and Nick Godejohn.

After Gypsy Rose (Joey King) and boyfriend Nick (Calum Worthy) killed Gypsy’s mother Dee Dee Blanchard (Patricia Arquette) and fled the scene, the police catch up with them in Nick’s hometown of Big Bend, Wisconsin. Now, the young couple is struggling to grasp the reality of what they’ve done, and Nick, believing himself to be the hero, can’t believe he isn’t experiencing the happy ending he’d imagined.

As the final episode of the true crime drama series approaches, we’re taking a look back at Worthy’s portrayal of Nick. TV Insider spoke with the former Disney Channel star ahead of the May 1 finale to get the scoop on what it was like to be a part of telling the Blanchards’ crazy real-life story.

Were you familiar with the story of Gypsy Rose and Dee Dee Blanchard before you became a part of The Act?

Calum Worthy: I knew the headlines. I knew that the crime had taken place and I knew that her mom had Munchausen by proxy, but I didn’t know any of the details. It wasn’t until I got the audition for the project that I really started to take a deep dive and I became obsessed.

What attracted you to the character? Were you looking for something more adult or darker in your next role?

I think the role was very different because it was the first time I’ve ever played someone who’s a real person. I knew that would come with this added responsibility of being respectful to the person, as well as those who were affected by the crime. I was really fascinated by the fact that, in the story, there wasn’t a clear distinction between the antagonist and the protagonist. Every character is good and bad, and I think that’s really interesting. How has it been shifting from Disney Channel to a streaming series? What are the biggest differences? Any similarities?

I feel like no matter what the project is, the set is the same. The process, in the most basic way, is the same process. With this project specifically, I really dove deep into this character. Because I had so much information on the real person and I had two months leading up to it to immerse myself into the character, I chose to take that time off and just commit myself to research and preparation for this role.

Did you find yourself facing any challenges portraying someone with autism? What sort of research did you do?

It’s a two-part process, the nature of the work kind of changes as you go. You start with an objective learning process and then you start the actual preparation process. The key to that is empathy and really feeling love and compassion for the character you play, no matter what they’ve done. 'The Act': The TV Characters vs. Their Real-Life Counterparts (PHOTOS)

A side by side comparison of the stars and their true crime inspirations.

Because Nick does have autism I wanted to make sure I respected him and the autistic community, so I did as much research as possible. I talked to specialists, I spent time at an autism center for adults, I read multiple books on autism because I really wanted to make sure that I got it right. I felt like of I didn’t get it right then I wasn’t doing justice to the autistic community.

What do you think people who knew you from previous roles will think of this character? Have you had any feedback already?

My mom says she likes the show. The response has been very positive. I try not to look too much into it, but it seems like people are enjoying the show, and I hope people are liking it, but to be honest with you, I’ve stayed off social media. I actually went off social media for four months while we were filming just so I could stay focused on the character and not think about the outside world.

The true-crime anthology tells the story of an unhinged mother and daughter.

I just hope that everyone that was involved in this case and was effected by it, whether it be Nick or Gypsy or the community around them, I just hope that they feel like we respected them throughout this process. That’s my only hope.

Did you feel a lot of responsibility with that?

Yes, absolutely. Especially since Nick has a life sentence, I knew that he doesn’t have the same voice that I do in society and I wanted to make sure that I portrayed him in the most accurate way possible. I didn’t want to just paint him as a criminal but as a full, complex human being that had challenges, but also had some amazing qualities. In Episode 7, “Bonnie & Clyde,” we see that Nick doesn’t really understand what he did, and Gypsy has to help him. Can you talk about the relationship you had with Joey King while filming?

Can you talk about the trial scenes — did they happen the same way they play out on the show? Was there court footage available to watch for inspiration?

We did have some access to some of the footage. I had access to the interrogation that he had when he was first arrested, and that was extremely helpful because it was one of the few pieces of footage that I actually had of Nick where he was speaking. There wasn’t much footage of him before the case, so the writers and I had to imagine through research what his life would have been like leading up to that point. What was the most useful was having Michelle Dean involved as one of the showrunners, because she was a journalist who investigated this case, and she was a well of information that we could always tap into. We tried to be as accurate as possible, but there are a few things here and there that might be a little bit different.

I’m sure that was probably monumentally helpful to have her there.

It was incredible. She was able to watch the process and help us really understand who these characters were before this crime took place, so we didn’t just have what the media portrayed them as. What can you tease about what’s in store for Nick Godejohn in the finale?

At this point, he’s been arrested, and he made a promise to Gypsy — they made a promise to each other — that they would stick together just like Bonnie and Clyde, and that they were going to be together no matter what. What you find out throughout this episode is that sometimes the court and legal system doesn’t always agree with the promises you made before you were arrested. So they find themselves in over their heads and realizing that what they’ve done is much more serious than what they had anticipated. And Nick has a lot of surprises ahead as to what his future will look like because of what he did.

What type of roles are you looking to do after this?

I’m just looking for really great stories to tell. When I left Disney Channel I didn’t have a clear idea in mind as to what I wanted my future to look like, I just wanted to make sure I worked with the best storytellers I could possibly find and try to do the best work I possibly could. In terms of the roles I’d like to do next, I would like to continue to surprise audiences. I feel like the roles I’ve picked recently have been major departures from each other and each one being a bigger departure from the next, and I think that continues to surprise people and I’d like to continue to surprise people with choices as well.

The Act, Finale, Wednesday, May 1, Hulu 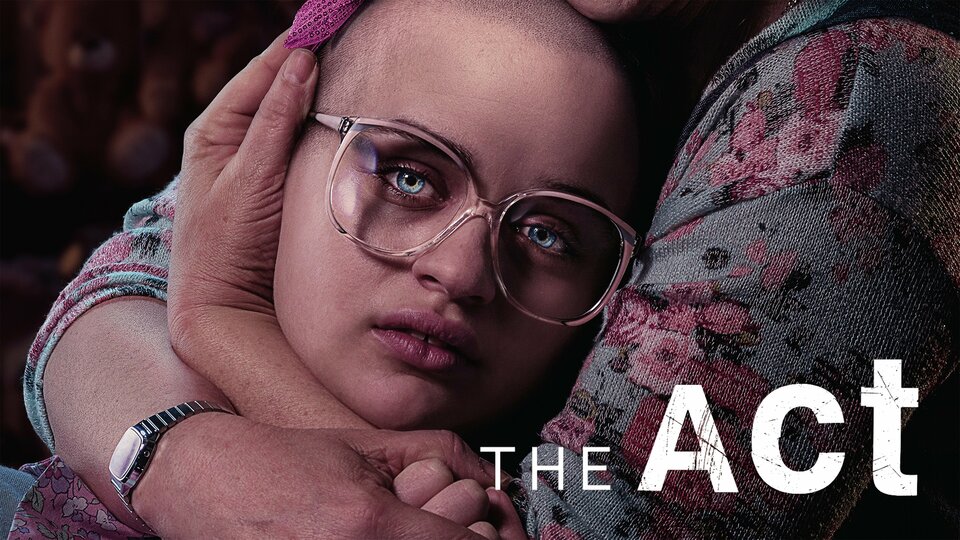 The Act where to stream