The actress is best known for her roles in shows like Black Mirror, Mad Men and United States of Tara, as well as for films like La La Land. The 8-episode limited series is based on Celeste Ng’s 2017 bestseller by the same name. The actresses will star in and executive produce the series.

Following the “picture-perfect” Richardson family, Little Fires Everywhere explores the story of a mother and daughter who updend their lives. Through their journey secrets, art and identity are among the themes pursued as the reality that disaster can’t be averted by following the rules sinks in.

DeWitt is set to play Linda McCullough, who is best friends with Witherspoon’s Elena Richardson. Linda is a woman who has longed to be a mother, and when she has the opportunity to raise an abandoned infant she names Mirabelle, she’s thrilled. She soon turns paranoid, though, when the little girl’s biological mother — an illegal Chinese immigrant — steps into the picture. No release date has been set at this time, but stay tuned for more announcements as they’re made. 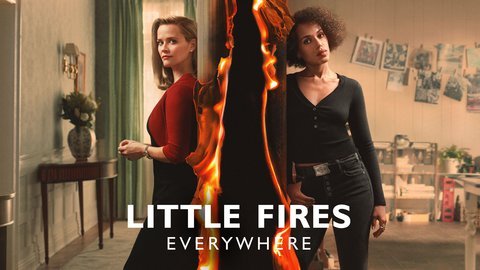