How rare for a broadcast network these days to devote eight hours (over four Sundays, through May 19) to a topical limited series — what used to be called a miniseries — tackling such thorny issues as race, sexuality and injustice. The Red Line, which counts the prolific Greg Berlanti and Selma’s Ava DuVernay among its executive producers, certainly has plenty to say. I just wish it could have achieved its noble aims with less melodramatic contrivance and self-righteous posturing.

Subtlety is not a virtue in this story, starting with the harrowing opening, in which a saintly African-American doctor (Corey Reynolds) is shot in the back and killed by a white Chicago cop (Noel Fisher) who mistakes the doc for a convenience-store burglar. The poor guy was just there fetching milk for his husband, high school history teacher Daniel (Noah Wyle, powerfully gaunt and grieving), and their adopted daughter, Jira (an impressive Aliyah Royale). This unconventional broken family’s anguish and desire for retribution against a rigged system would suffice for a gripping drama with plenty of social relevance.

The actor also explains why there will never be an 'ER' revival.

But The Red Line stacks the deck by introducing a third protagonist: ambitious and painfully earnest novice politician Tia (Emayatzy Corinealdi). Her uphill campaign against a wily incumbent alderman (Glynn Turman) is muddied by her secret — though to viewers hardly a surprise — personal connection to Daniel and Jira. Subplots involving conspiratorial cover-ups among Chicago’s power brokers and the police department’s “Irish brotherhood” add unnecessary layers of clichéd intrigue.

The beating, bleeding heart of the series lies in the relationship between the conflicted widower and his restless teenage child. Jira feels estranged from her surviving dad because he can’t know what it is to be young and black. To Daniel’s credit, he worries as the case goes public that he’ll be seen as “the white guy grabbing the mic.” She seeks connection elsewhere as Daniel turns to a gay Muslim coworker for comfort. Oh, the complications. The dramatic high point comes when Jira organizes a student walkout and many of the principal characters face an unyielding blue wall of police amid a violent counterprotest. The danger and stakes suddenly feel real, and The Red Line moves beyond its inclination toward preachiness into the realm of fearlessly impassioned activism. It’s a line worth drawing. 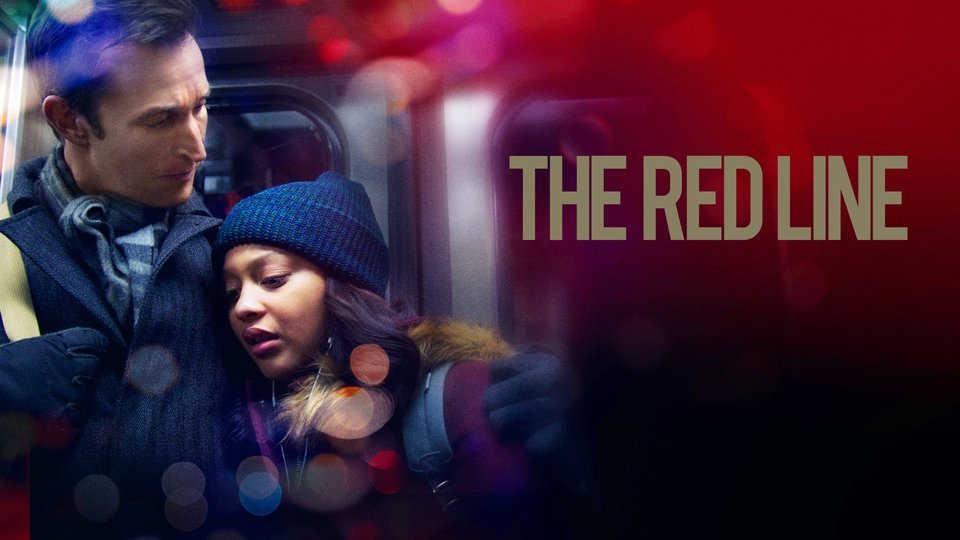