Can John Cusack change the world?

The actor has just been added to the cast of the Amazon Prime Video thriller series Utopia as Dr. Kevin Christie. Described as “charismatic and media-savvy, with a brilliant biotech mind and a philanthropic outlook,” his character “altruistically wants to change the world through science.” Who will Benedict Cumberbatch play in 'Good Omens'? And check out the major casting announcement for Jordan Peele's upcoming Nazi-hunting series, 'The Hunt.'

The logline of the series adaptation reads as follow: “In Utopia, a group of young adults who meet online are mercilessly hunted by a shadowy deep state organization after they come in to possession of a near mythical cult underground graphic novel — they discover the conspiracy theories in the comic’s pages may actually be real and are forced in to the dangerous, unique and ironic position of saving the world.” Lane is playing Jessica Hyde, described as “tough and feral after a life on the run from a mysterious and dangerous group” and someone who thinks that she can get “all the answers about her perplexing life story” from the graphic novel.

Wilson is starring as Michael Stearns, “a forgotten scientist who’s lost his edge” and ends up “in the middle of something much bigger” while looking into a deadly flu outbreak. Walton’s Grant is “streetwise beyond his years, independent, fearless, crafty, and charming.” He’s living on the streets when he “embarks on a dangerous mission to uncover the secrets from Utopia.” 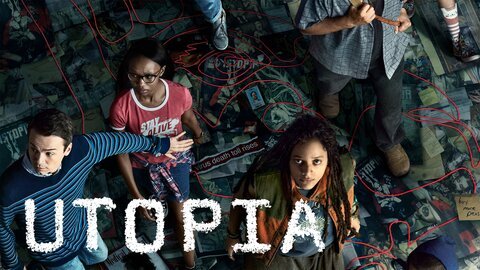