Game of Thrones Gets an A-list Album

Disney+ Recruits Some Old Favorites for Monsters At Work

Mike and Sulley are set to return as Disney+ announced plans for a new Monsters, Inc. series. Set to premiere in 2020 on the upcoming digital streaming service, Monsters At Work will pick up six months after the events of the original 2001 film. The show will follow the character Tylor Tuskman (voiced by Superstore‘s Ben Feldman) as a mechanic on the Monsters, Inc, Facilities Team (MIFT) who wishes to make his way to the Laugh Floor alongside his idols Mike and Sulley. Billy Crystal, John Goodman, John Ratzenberger, Jennifer Tilly and Bob Peterson from the original voice cast are set to return, alongside newbies Feldman, Kelly Marie Tran, Henry Winkler, Lucas Neff, Alanna Ubach, Stephen Stanton and Aisha Tyler. After more than a year since Season 2 arrived, Sneaky Pete‘s third season finally has a premiere date and trailer. The Amazon Prime Video original continues the edge-of-your seat story about Marius Josipovic (Giovanni Ribisi), a con man who up until Season 2 has been living life as Pete Murphy, his former prison cellmate. Now, in the newly released trailer, it would appear that Marius is up to his usual tricks as he speaks to a therapist who calls him Mr. Stevenson. Catch the full teaser above, and don’t miss Sneaky Pete when it arrives Friday, May 10, on Amazon Prime Video. 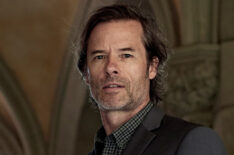 Fresh off his recent Oscar nomination, it was announced that Richard E. Grant and Oscar-winner Sally Field will join Jason Segel‘s upcoming anthology series Dispatches From Elsewhere at AMC. According to Deadline, Grant and Field, along with Mr. Robot‘s Eve Lindley, will join Segel as series leads. The 10-episode show will explore the mystery behind a puzzle that a group of people discover covered by the veil of everyday life. 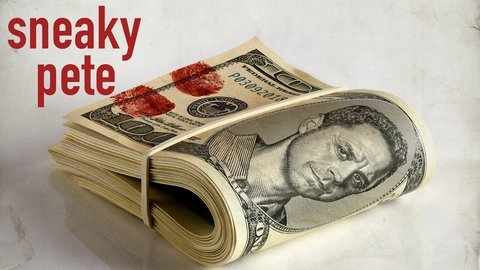