’30 Minute Meals’: Rachael Ray on the Recipe Behind the Food Network Revival

Celebrity chef Rachael Ray‘s signature real-time step-by-step series 30 Minute Meals hadn’t aired since 2012, until it returned for the 30 days of April, yummier than ever! We asked the friendly talk-show host and cookbook author to share her recipe for the revival.

A heaping spoonful of fresh recipes

Ray wanted to reach the next generation, so last Christmas she asked the food-obsessed millennials who make up the culinary team of her syndicated daytime talk show for a box of recipe ideas. “I wanted to hear what they were eating,” Ray says. “I drew inspiration to create recipes like cast-iron skillet pizza and a Korean-inspired take on Sloppy Joes.” The 'Ace of Cakes' alum is using his artistry to create show-stopping cakes for deserving people in the new series.

A dash of the latest technology

New cameras and production styles allow the crew to start the clock and shoot each 30 Minute Meals episode without stopping. “In the past, we had to break the recipe into different acts and, at times, stop cooking so the cameras could reset and the operators didn’t run into each other!” Ray reveals. You can also check out behind-the-scenes action on the Food Network app.

A pinch of Brooklyn flavor

The New York City kitchen where the show shoots moved from Manhattan to hip Brooklyn. “I love our new space, although the oven is a little higher up, so it’ hard for me to see in since I am a bit height challenged,” says the 5-foot-3 Ray with a laugh. If you can’t get enough of the not-just-bagels-anymore borough: Check out the digital companion series Rachael’s Best of Brooklyn. 'Panettone is one of my favorite holiday foods,' says the chef and author.

A sprinkling of imperfection

Spills, drips and oops happen. “We never worry about making a perfect plate,” Ray says. “We want our show and our food to simply be accessible. What makes this show a success is that people see the failures and successes.” 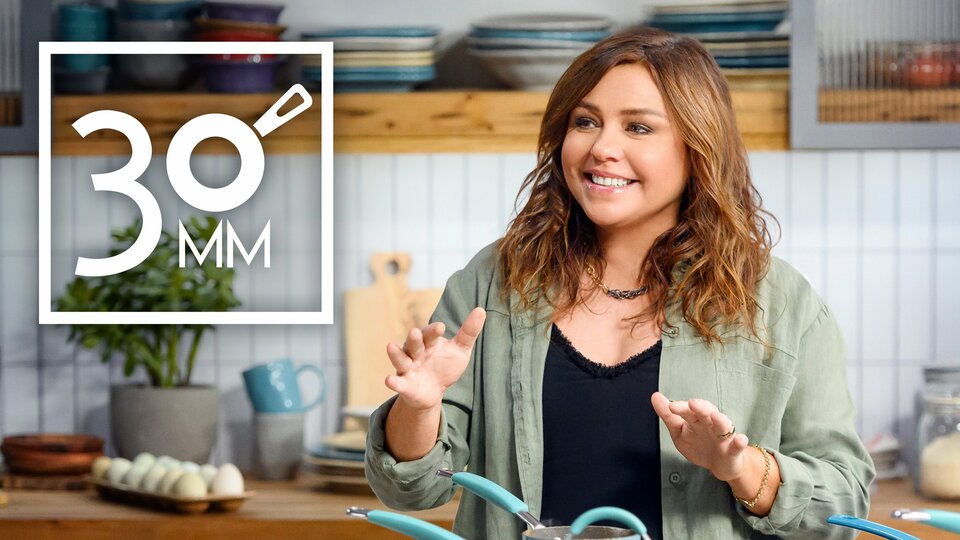