Fans of Syfy’s 2014–18 series Z Nation have a new show to sink their teeth into with this zombie-apocalypse prequel that’s as flat-out frightening as it is timely.

“We were trying to tell an American refugee story, only using zombies,” explains Karl Schaefer, who cocreated the spinoff with Z Nation co–executive producer John Hyams.

The Walking Dead just wrapped its fifth season, and iZombie and The Returned just started, so TV's zombies show no signs of slowing down. Here's a bite-size comparison. The Walking Dead (AMC) What do they look like?...

“We wanted to see what it would be like to show Americans on the run like refugees and we wanted to drop you right in the middle of it. There’s no exposition, there’s no crawl at the beginning to tell you what’s [happening], and nobody seems to know what’s going on through most of it.”

Which only makes it more terrifying. Set in a Midwestern city almost a year before the events of Z Nation, Summer eschews the dark comedy of its predecessor and goes straight for the scares by opening in chaos. The military is frantically evacuating neighborhoods, the dead are rising, and young mom Rose (Jaime King) is desperate to find the daughter she’s been separated from amid the horror. Over the course of eight episodes, she and a handful of other survivors — all of whom are introduced via individual chapters — will fight hordes of flesh-eating fiends on their way to the alleged safety of a sports stadium. But don’t count on everyone to make it. As a laughing Schaefer puts it, “The more you like [a character], oooh, the more danger they’re in!” 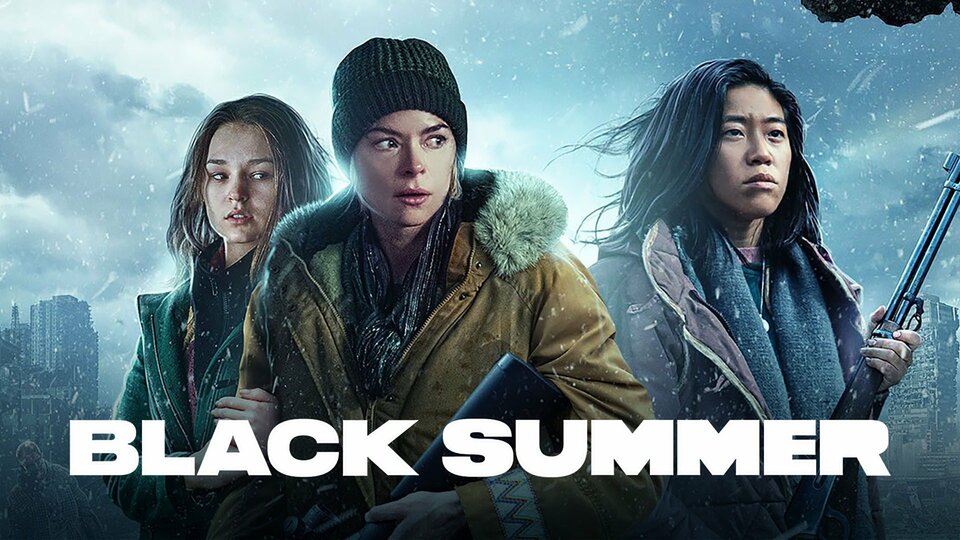 Black Summer where to stream