Melissa Joan Hart and Sean Astin know all about family comedies with weird streaks. After all, she starred on ABC and The WB’s 1996–2003 Sabrina the Teenage Witch and he’s the adopted son of John Astin, aka Gomez Addams from the 1964–66 series The Addams Family.

Now these former child actors are playing parents duped by a young grifter named Nick (Siena Agudong) in an edgy, multicamera, genre-mashing series that’s even odder than they imagined. The duo break down what Hart calls an “old-school television show that you can watch with the kids.”

This feels much darker than your usual family-com.

Melissa Joan Hart: When we first read it, we were confused by what we were getting into! [Laughs]

Sean Astin: To me, sitcoms are usually about reinforcing a certain kind of family values, and this [show] plays with that. Nick comes in and is so likable and funny it’ll be hard for the family — and the audience — to process the things she does, which are really not OK.

Hart: She knocks on our door one day, saying that we’re the closest relatives she has and her parents have died. So we take her in — one of us more willingly than the other — and give her a home. And piece by piece she starts to dismantle our family. It’s still a sitcom, we still have a live audience for most of our episodes and there are a lot of great jokes, but it’s not “setup, setup, joke.” It’s a unique show.

Are there any other series you can compare it to?

Hart: These writers are brilliant with the way they layer in these levels of things and the amount of information that you’re learning. [In that way, it’s] like if This Is Us met Game of Thrones. It’s the kind of show that progresses. Episode 1, we might hook you, but by Episode 5, you’re a little more like, “Oooh, I gotta see how this ends.” Sean, your mom was the headlining star of The Patty Duke Show and your dad played Gomez Addams. Family sitcoms are a legacy, but this is your first.

Astin: It is. It’s part of the reason I wanted to do it. I wanted to bond with them. But it is different [from what I’ve done]. There’s a language that Melissa and the crew were speaking, [and] I wanted a dictionary!

Hart: For such a veteran actor, it was so funny to see him green and excited about the process. And here I am, the jaded comedy girl who’s like, “Yeah, all right.” The first day, I think I had to say, “It’s only Monday, Sean. We don’t shoot until Friday.” He wanted to get everything right. And I was like, “Agh! Calm down!” 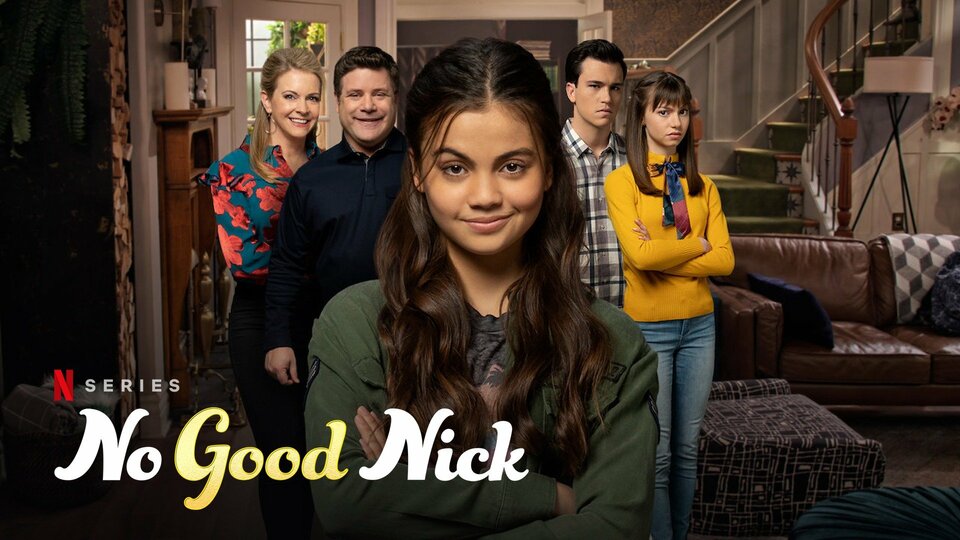 No Good Nick where to stream