School’s out for summer? Not for Mr. Iglesias, a new comedy streaming on Netflix this June. “Every time her cynicism threatens to get the better of her,” says exec producer Kevin Hench, “Gabe’s sincerity pulls her back in.” More familiar faces passing through the halls include The Office‘s Oscar Nuñez, as a bully assistant principal who antagonizes the dedicated Mr. Iglesias, and Community‘s Joel McHale, guest starring as a colleague’s ex.

“You’ll laugh, you’ll cry, you’ll be inspired, and you’ll be exposed to me in a crown,” teases Iglesias. “I’ll leave it at that!” 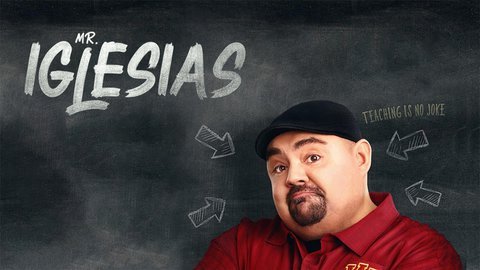 Mr. Iglesias where to stream