‘The Last Kingdom’ Finale: Secrets of the Final Battles of Season 1

BBC America’s The Last Kingdom (based on The Saxon Stories, Bernard Cornwall’s best-selling series of historical novels) ended its first season on Saturday night. We asked executive producer Gareth Neame (also an EP of that other little period piece, Downton Abbey) to answer some questions about the season finale and teasers for Season 2 if the adventure about the founding of England is renewed.

The season closed with King Alfred and the Saxons under the guidance of Viking-loving Saxon Uhtred of Bebbanburg winning the war with the Danes—a.k.a. the Vikings—to save Alfred’s kingdom, Wessex. Was that a way to end the series if need be?

We hope that it returns and I feel optimistic that it will. But because it’s based on a series of novels, each book has its own ending. The first season was the first two books in the franchise; we would continue with Book 3.

Despite frail health, King Alfred comes off as smart, brave, a terrific orator, a strong leader and deeply religious . How true to history is that portrayal?
It’s pretty true as we understand it. In a climate of muscular kings, he had his power through his oratory, his understanding that recording and writing things down is how history is made, and how pacts and deals are made. He was a great statesman. He saw the power of Christianity as a unifying force.

Does the Saxon victory in the finale stop the Viking invasion? Or will the Danes continue to fight to occupy England?
That’s how they achieved peace in that one kingdom. But half the country that is now England was under Viking rule for many decades. The vision that Alfred has to create this one nation was not finally realized until his grandson [Athelstan] became , in essence, the first king of England. It took three generations. We won’t go that far in our story. [Laughs]

What will Alfred’s objective be if the show returns for Season 2?
He wants to continue to promote Christianity and empower all the other kings and noblemen around the country to rise up and evict the Vikings and come together in one kingdom. There’s still a lifetime’s work for him to do.

Let’s get to the show’s dashing fictional romantic hero. In the course of one season, Uhtred ‘s adoptive Viking family was murdered, his lover Brida left him and wound up with his Viking brother Ragnar, his estranged wife became a nun after their child died and his new great love, Queen Iseult, was beheaded! What travails lie ahead for the dangerously proud and hot-headed hero?
He’ll go through very, very dark times that will test his mettle in ways that we haven’t seen in the first season. He’ll always be headstrong and impetuous, but he will start to mature.

What are Uhtred’s goals now?
He’ll seek out his Anglo Saxon father’s lands in the north–his birthright. And because Iseult told him “Your sister still lives,” and that’s the first he knew that she’s still alive, he decides to look for her.

There was a warm scene between Uhtred and Ragnar, now a hostage to Alfred. Why doesn’t Ragnar hate Uhtred since he led the Saxons to victory over the Danes?
I think their love is a family bond. It’s like family members can be Democrats and Republicans and they can be sworn visceral opponents, but they have a family love. Ragnar knows that Uhtred had been kidnapped by the Vikings and then adopted as a Viking. He knows that Uhtred loves his Viking family but he also knows he has another life as a Saxon and that seems to be respected.

Being on opposite sides did not kill Ragnar and Uhtred’s family love, so why did the Saxon lord Odda kill his own son, known as Young Odda?
Odda knew that his son was a traitor and that Alfred now knew. His son was really a dead man walking . And I’m afraid he showed his own loyalty to Alfred by slaying his own son.

Why didn’t Alfred thank Odda by honoring his wish to bury his son honorably?
This king that some people don’t think is up to the job—and this is indeed history—has to prove that he’s a man who’s not to be crossed, and that he’s a tough king despite his physical frailty.

Historically, was there a powerful Viking leader called Guthrum, who converted to Christianity as in the show? And was that the beginning of the conversion of the Danes?
Guthrum is a historic figure. As, by the way, was Ubba, the Viking warrior killed by Uhtred. Quite a lot of these characters are based on history. There was an Uhtred of Babbenburg, but we don’t know anything about him. Bernard Cornwall took the name and then invented the story. It’s true that as part of the peace settlement Guthrum converted to Christianity. Actually, although a lot of what became England was already Christian, it took several hundred years to convert pagan people into the Judeo-Christian sort of faith

You don’t romanticize Uhtred’s short comings. While he’s dashing in an Errol Flynn kind of way, he’s also emotionally cruel to his wife and can be very violent outside of battle as when he brutally killed a thieving tenant farmer.
Uhtred feels that people have done badly by him. He killed the mighty Viking warrior Ubba and others have taken credit for that. He offered his service to the king, who then forced him to marry a woman who was heavily indebted. He does fall in love with her but he becomes increasingly estranged when she becomes more and more pious and goes on a Christian path that holds no appeal for him. His idea of justice is meted out on that character Oswald when he knows that this man, after numerous warnings, is abusing his position. Uhtred’s idea of justice is pretty brutal and sudden and final. It’s quite shocking, but it really is dog-eat-dog, get out and protect what you have because no one else is going to do that.

The battle scenes really gave an idea of the closeness and brutality of battles. How much CGI was used? And who did you use for warriors in those battle scenes. It was filmed in Hungary, so Hungarian troops?
They’re a lot of stunt fighters. The huge battle at the very end, is a mixture of hundreds of stunt men and then it’s scaled up to the thousands of men that you see by CG.

In the battle, you killed the loyal Saxon warrior Leofric. That was so sad. Why?
That was a great relationship he and Uhtred had. And it was very touching when he fell in battle Uhtred put his sword in his hands. Even when he killed Ubba, he put the weapon back in his hand as a mark of respect that he died fighting. There was a great honor in that.

In the last few battles, under the tutelage of Uhtred, we see the Saxons using a very successful Viking battle tactic: a wall made of their shields as they advance. Did Saxons really use the shield wall?
It’s how armies of that time fought. But the Danes were very expert in it. They were great warriors.

Will Alfred be a big part of a second season?
Yeah, he is a big character. There really are two storylines. One is the main personal story of Uhtred of Bebbenburg, who’s torn between these two identities-Saxon and Dane. He is very attracted by the Viking way of life, but he wants his stolen birthright—the estates of his Saxon father—back. He has that personal quest while Alfred has a more political story. He wants to create a nation. The two stories will continue to run side by side. 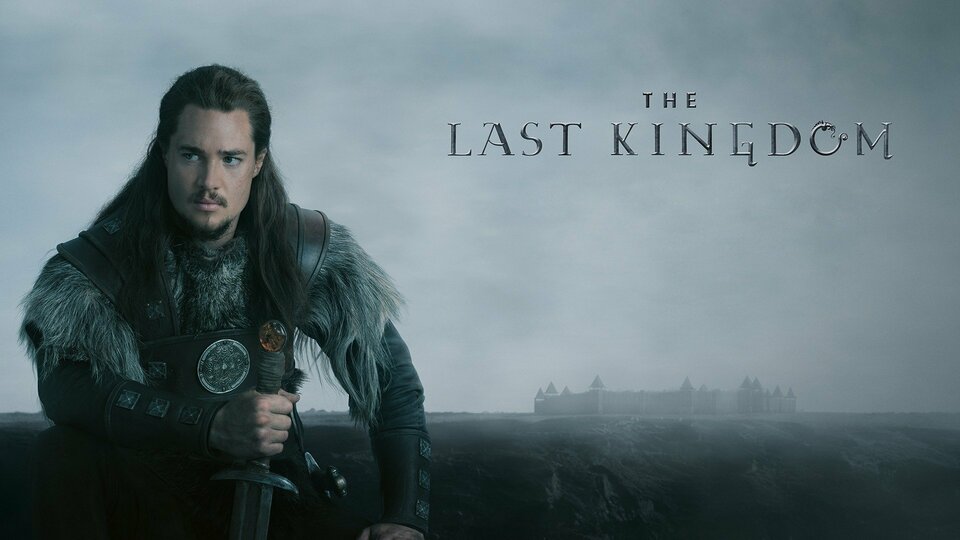