‘Haven’: Who Killed the Colorado Kid? (And More Answers Revealed!)

Spoiler alert! Do not read further if you haven’t seen Thursday’s episode of Haven—unless you want Croatoan to come after you.

As Haven barrels towards its series finale, the show has quickly begun answering long-standing questions, culminating in Thursday’s big episode, which finally answered one of the show’s biggest questions: Who killed the Colorado Kid (AKA James Cogan)?

“When you know you’re coming towards the end point, your goal is to make sure you’re paying everything off,” explains showrunner Matt McGuinness. “This is the episode [where] we recreate the iconic photograph.”

The episode kicks off with Nathan (Lucas Bryant) and Vince (Richard Donat) going back in time, with the help of Stuart Mosely’s Trouble, to the day James was killed. Once there, Vince tries to keep Dave away from the beach, but unfortunately for the pair, Dave does make his way to the beach, even passing through a thinnie…thus allowing Croatoan to jump into his body. Possessed by the otherworldly being, Dave kills James before using his powers to knock out all the witnesses—including Dave himself. Meanwhile, Nathan bonded with his father before discovering that a member of the Colton family can use his ring or Audrey’s rings to use their Trouble to open a temporary “thinnie.” Armed with this new information, both Nathan and Vince return to the present.

The mystery of who killed the Colorado Kid has always been a big part of the show. Did you always know that it was Dave who killed him?
Gabrielle Stanton: We always knew that Dave was involved. From the very beginning, Vince and Dave were a much bigger part of the show than you would have suspected in those early seasons. A lot of that construct came from Sam Ernst and Jim Dunn when they were conceiving the series. That’s why it was so perfect when we were able to grab them to write this episode, because they were able to go back to the start and tell the background of the story that we’ve been telling for the last five years.
Matt McGuinness: The short answer to your question is, yeah, we knew Dave killed the Colorado Kid. I’m not sure if we knew from the first season, but we’ve known it for the last three or four seasons.

Was Croatoan always a part of that?
Stanton: Oh, yeah. Croatoan was definitely the force behind what Dave was doing, the über big bad that was controlling Dave and was explaining why what happened had happened so that when you came into the pilot of the series, all that stuff had been going on in the background. We always knew that there was this deep backstory with someone very big and important controlling it all.

Was revealing Dave’s involvement something you’d planned to reveal in later seasons, or was it something you debated revealing earlier?
Stanton: That’s a really good question. Actually, in both Seasons 3 and 4, we thought we were going to get to Dave and Vince’s story a little bit sooner. [But] then we ended up holding back because we thought that was just such a giant thing; we didn’t want to let everyone know about it and then not have that secret to reveal towards the end.
McGuinness: I agree. We knew that [when] it all played out with the Colorado Kid, it was going to be such a big reveal [so] we needed to be close to the finish line before we started dropping all these bombs.

Does the fact that Dave is a halfing from the other side play a part in his getting possessed by Croatoan? Or can anyone be possessed by him?
McGuinness: It’s the latter. It’s because Dave is from the other side, and he’s drawn to the void. That’s why Dave is the guy who has been possessed, for lack of a better word, by Croatoan.
Stanton: Specifically Dave, because he’s a halfling.

How did you decide that you wanted to go back in time to tell this story, as opposed to in a flashback or in a vision that Dave has had all season?
McGuinness: We have the opportunity with the way that Troubles work, to either go back in time or go to the future, which we do a version of [in the episode where] Duke sees the alternative, doomed version of Haven. The finding of the Colorado Kid on the beach that day was such a seminal jumping-off point of such an enormous mystery that it felt like we [should] actually go back there and see it play out in real time. The fun thing was seeing it play out as it happened and seeing how it affected people in the world right now.
Stanton: The other thing is that it enabled us, in this final season, to revisit people whose Troubles we had dealt with previously and use them to our advantage, which is something we’ve never been able to do earlier in the season because we were still trying to get a grip on things. 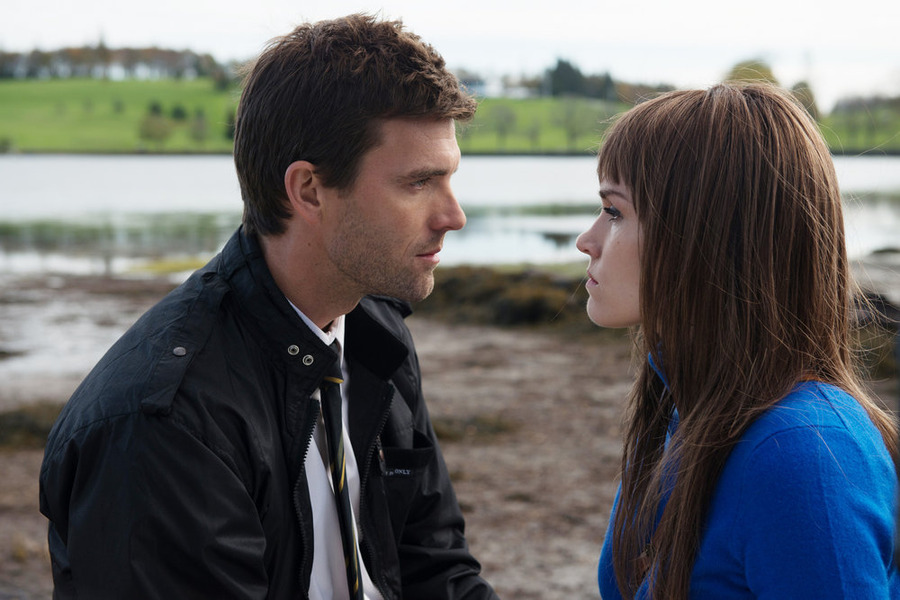 This is the first time we actually get to meet Lucy, and it’s not just a glimpse of her. How did you go about defining her character?
McGuinness: Well, the different versions of Audrey all have their own personality.
Stanton: In the [writers’] room, we always had a strong sense of who Lucy was. We did meet the real Lucy in a previous season, so we took a little bit from her personality because some of that comes through in the same way that Audrey has a little bit of “Fraudrey’s” personality. What makes it easier is this central core Audrey personality that’s in all of them. So we didn’t feel like we were writing for a completely different character; we felt like we were writing for our Audrey, just with a slight overlay. She would do some things differently, but at the core, her belief system, morals and everything was the same.

How about the rings? Were they always meant to activate the thinnies, or did they start out as something else?
Stanton: We always knew they were going to have importance because when Vince gave Audrey that ring and said, “Look, Lucy’s given this to me,” we always knew it was important to the series and our overall mythology. To be completely honest, in the beginning, I’m not sure we knew it was going to open a thinnie; we just knew it was going to be important. A lot of what we really did in coming up with these 26 episodes is to go back and take a good look at all the previous seasons and all of the clues we dropped. The advantage of knowing you’re writing towards the end is that you can bring all the little pieces together.

It was heartwarming to see Nathan bond with his father for the first time.
Stanton: We had a lot of fun with that father-son relationship. Nathan has always struggled because he never thought his dad was proud of him, or that his dad would approve of what he’s doing. When we began the series, his dad knew all about the Troubles but had never told him. After his father died Nathan thought, “Did he think I couldn’t handle this?” This episode, Nathan was able to shut the door and realize that his dad was really proud of him and believes in him to handle Haven.
McGuinness: I think it’s always great, if you have regrets or unfinished business or don’t understand things, to be able to go back and either meet yourself or your parents.

And we got to see James again, even if it was just to see how he died.
Stanton: The Colorado Kid is so important to the series, but we always struggled with how the idea of him was so much more important than who James Cogan actually was. We showed that a little bit in this episode, that he was a pawn in the big picture, and that’s what crushed Lucy and Nathan so much, that he was just a little piece of the puzzle, that he wasn’t the thing that was going to be their ultimate goal.

Would rebuilding the barn bring back James and Arla, or are they already dead?
McGuinness: That’s an interesting question…
Stanton: We can say that Arla is not coming back.
McGuinness: We do see the Colorado Kid again. But in a way that is very unexpected.
Stanton: And if we’ve done our job correctly, it’s in a way that is the most satisfying conclusion to the Colorado Kid saga. 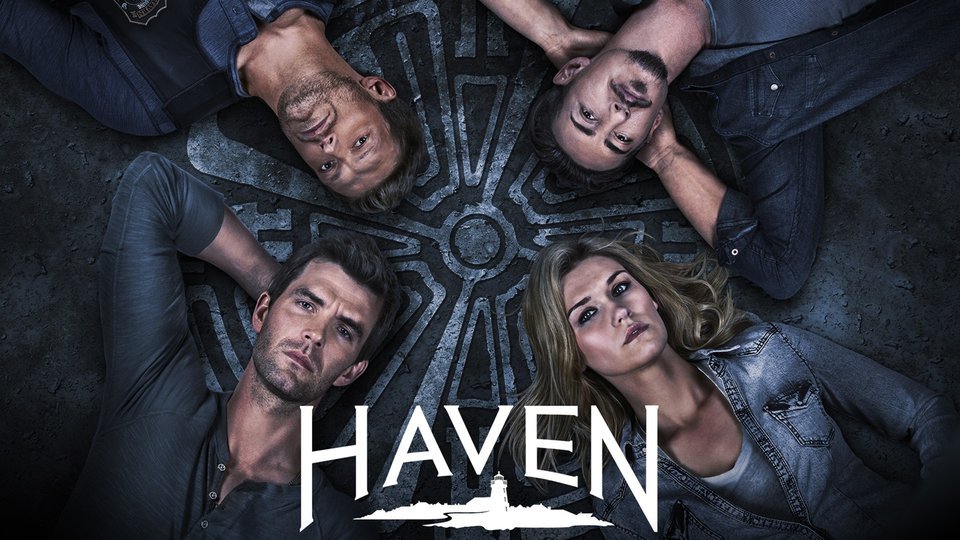