The first 10 episodes of the police procedurals spoof, starring Rashida Jones, will air in a 25-hour marathon on TBS starting at 9/8c on Sunday, Jan. 17 and ending at 10/9c on Monday, Jan. 18.

That means the 10 half-hours will be repeated five times for ultimate binge-ability. What’s more, all episodes will air commercial-free, according to TBS.

On Jan. 17, Turner will schedule the same 25-hour marathon internationally on channels in Latin America and Germany, while channels in Spain and Asia, among other territories, will also premiere all 10 episodes at once.

After the initial binge, TBS will immediately roll out the next batch of 10 Angie Tribeca episodes on a weekly basis, Mondays at 9:30/8:30c starting Jan. 25. (TBS had initially ordered a one season of 10 episodes; the show was later given a second season of another 10 episodes, for 20 total.)

That will “allow viewers to experience the emotional highs of a season premiere and season finale in one powerful 30-minute package,” quips the network’s press release. 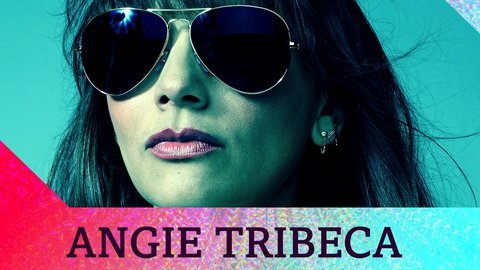