Years ago, Reba’s character, Charlotte, and her fiancé broke up because of Bonnie (Peterman)—and now Charlotte is out for revenge. Luckily, things were far more congenial between the costars. “She’s one of my best friends,” McEntire says. “We fell right back into it!” Melissa Peterman (as Bonnie) and Reba McEntire (as Charlotte) seem to put the past behind them. 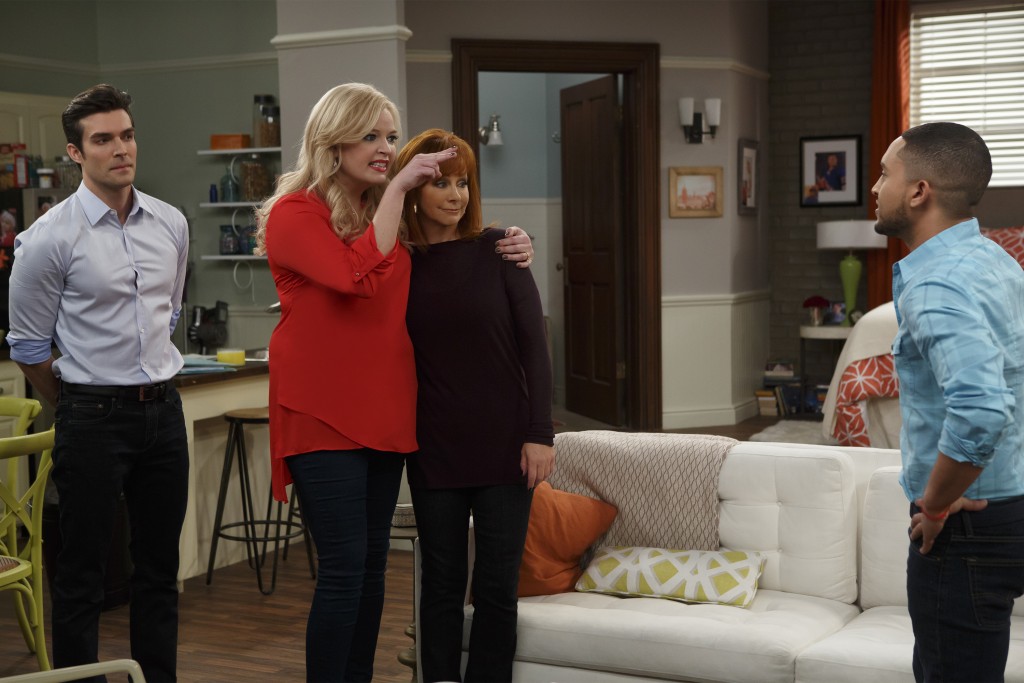 (from left) Peter Porte (as Brad), Peterman, McEntire and Tahj Mowry (as Tucker) have a moment.