Lifetime’s biopic Michael Jackson: Searching for Neverland is based on the best-selling memoir Remember the Time: Protecting Michael Jackson in His Final Days, penned by a duo who arguably knew Jackson best—the personal security team who kept a 24/7 vigil over the pop superstar and his children.

Playing Jackson himself? Someone else who spent time with the King of Pop—internationally-known Jackson impersonator Navi, who has portrayed his idol around the globe for decades and even worked as a decoy and performer for Jackson and his family.

Michael Jackson: Searching for Neverland offers an insider’s look at the tumultuous final years of Jackson’s life as the pressures of famous fatherhood, an opportunistic inner circle, a rabid tabloid media and the fallout of his own increasingly erratic behavior spiraled the singer toward tragedy.

Tough turf to travel for a self-described Jackson “super fan.” Navi says he thought long and hard before taking the role.

“It’s very difficult to be part of anything Michael Jackson because you always think they’re going down one of a few avenues that could be negative about him,” he says. “I don’t mind people talking about things in the film that are private to him, but talking about allegations or anything that has been said about him that’s not true, I would not want to be part of it. I’ve turned down many opportunities over the years to do things, even when Michael was around.

“I don’t know if you remember years ago when there were pictures of him with [vitiligo] patches,” Navi continues. “I was offered money to pose as Jackson with patches on my body, and I turned them down, because I’m a Michael Jackson fan. I have to think about taking this role, because if it didn’t deliver, I would be a target to them. I’d upset them and, more so, I’d upset Jackson’s family and everything he’s been about. So, I wasn’t interested to start with, but then, when I got the script, I did feel very comfortable that it was genuine. Even if some things are private, it is genuine, and it is about him as a man and a father.”

Executive producer Suzanne de Passe— an entertainment multi-hyphenate who helped launch the Jackson 5 while working at Motown Records and also coproduced the Emmy-nominated miniseries The Jacksons: An American Dream—helped seal the deal.

Ironically, it was de Passe’s and Don Mischer’s Emmy-winning documentary Motown 25: Yesterday, Today, Forever that launched Navi down his own career path. In the doc, Jackson displayed his signature moonwalk dance move for the first time, during a thrilling performance of “Billie Jean.”

“I taped the performance and ran upstairs, woke up my parents and played it for them,” Navi recalls of being a dazzled child. “I played it maybe 20 or 30 times that night. I couldn’t believe this performance … and this man.” De Passe’s commitment to honesty and integrity in Searching for Neverland‘s storyline convinced Navi, too, that the film was not an affront to Jackson and his fans, but an honest portrait of a man whose existence grew too big and bizarre for anyone to wrangle.

“Sometimes I would wish it was done a bit more conservatively and not put that foot out,” Navi admits. “But, look, this is written by someone who’s been around him for years and with knowledge of the past. It was important to them that they were portraying Michael as genuine as possible. I had to sometimes leave behind me being that ultra-Michael Jackson fan and just say, ‘Look. He’s a human being. He’s a father. He’s a grown man. He’s a person that’s got these issues. At times, he’ll be angry. At times, he’ll be sad.’ Because this project, to me, is not about an achievement in my career, but the first time I’m able to do something back for Michael. I felt that I had a voice when he’s been silenced, and that maybe the voice that I have is the voice he wanted to be heard.”

Having spent years receiving adulation for re-creating the best part of Jackson’s legacy, Navi says actually stepping into the singer’s skin for the cameras was sobering.

“I always say this: I have the most famous face in the world, and it’s not mine,” he explains. “I can go anywhere in this world, any country, any continent, anywhere, and I can dress up as Jackson and walk out and everyone will know who it is. He is known everywhere and he is loved everywhere.

“But when I had the opportunity of playing him in this role, I realized I’m so glad I’m not him—because to live under the scrutiny of his journey, I don’t think I would like it at all. I get to escape. I get to be me. Today, back in London, I’m able to walk up to High Street with my wife and go shopping and post a letter and do things things that Michael couldn’t do.”

Navi admits he was sometimes brought to tears filming scenes in which Jackson struggles to create a normal and secure life for kids Prince Michael, Paris and Blanket. “It was surreal playing a father figure,” he says. “I could imagine what Michael went through actually as a father and wanting to protect these children from the limelight, wanting to protect these children from the pitfalls of fame and wanting to find them a home.” Filming with the young actors who play the junior Jacksons, on the other hand, brought joy.

“I have to tell you that we bonded!” Navi exclaims. “We connected really quickly and I don’t know if it’s because I grew up in a big family, and there is a lot of children that come to the show. But these children, they were brilliant. They bonded to me so much so that when it was lunchtime and they were with their parents, they would want me to come and sit with them and eat with them. That made the filming easier and quite natural. I miss them now that we’ve finished filming. They message me and call me ‘TV dad.’”

Ultimately, Navi hopes that his presence will assure other Jackson faithful that this is not yet another cheap shot at a doomed superstar.

“This film is about him as a person, and it’s a totally different take on Michael Jackson,” he says. “I think it’s long overdue. I wish it was done before he passed away so he could see how people saw him, but I think it’s a credit to him and all I wish in this whole film is that the Michael Jackson fans will give it a chance before making judgment, until they’ve seen it themselves. But most of all, I wish that it’s something for his mom and for his children to let them know just how he’s loved as a person and not just as an entertainer”

And now, Navi is happy to go back to his true calling: Getting up onstage, letting people forget for a few hours that Jackson himself is gone and helping his musical legacy live on.

“In this day and age that we’re living, we’re in turmoil and we’re divided,” Navi says. “Jackson’s one of these people that crossed boundaries and built bridges. I see that more and more, and I think today we need a Michael Jackson more than ever. When I travel around and I do these shows, I’m seeing people—young or old, brown, black, white—I’m just seeing people united.

“I have always said that there is no one to replace Michael Jackson. There’s only one Michael Jackson, and when I perform I come there to celebrate the King of Pop with the fans. Those are the ones that keep him alive and keep the legacy going. I am just another avenue to that.” 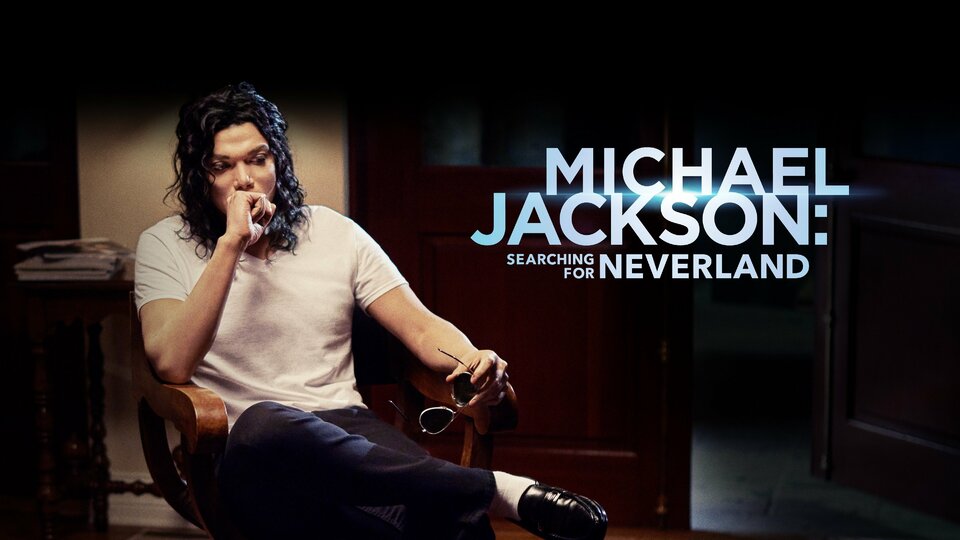 Michael Jackson: Searching for Neverland where to stream