[Spoiler Alert: This article contains major plot points for the Bates Motel series finale. If you have not watched the episode, you do not want to read this post. You have been warned.]

Marion Crane lived and Norman Bates died! In its five years through to April 24’s perfectly wrapped up, emotionally satisfying finale, A&E’s Psycho prequel, Bates Motel, more than lived up to the movie that inspired it.

In the end, the delusional Norman (Freddie Highmore) forced his brother Dylan (Max Theriot) to shoot him so he could reunite with his beloved mother Norma (Vera Farmiga). [Can the Television Academy please reward Highmore and Farmiga’s brilliant performances with Emmy nominations. “I’d stand on a Freeway with a sign to get the word out there!” says executive producer Kerry Ehrin.]

Ehrin and fellow EP Carlton Cuse share their thoughts about Bates Motel and their choices in how it ended.

Your ending for Norman couldn’t be any more different from Psycho’s. But then, Bates was Norman’s story, not one about a lovelorn thief who stops at the very wrong motel. Did that change in emphasis give you almost complete freedom?
Ehrin: Definitely. And also, it was as much the story of his mother, of Norma. We were really excited about the idea of figuring out who Norman Bates’ mother was and how she influences his life; how he got to where he was. We tried to drive the story where you were in either Norma or Norman’s shoes at any given time. And this last season when Norma had died, you’re completely on the ride with Norman.

Why did the story have to end with Norman’s death?
Cuse: Romantic tragedies don’t end up in a happy place. [Both laugh] We always viewed this as a story about these two people who loved each other passionately. In this world, that kind of love could never truly survive. This was the inevitable fate that these characters had to meet.

Was Norman’s killer always going to be his brother Dylan?
Ehrin: We spun out different scenarios. There were indicators pointing to that, however, probably as early as the second season. It’s such a profound relationship that Dylan has with his mom and his brother that he should be the one who facilitates Norman’s being able to go out of the world felt right.

Speaking of Dylan, was that sweet short scene of Dylan with his wife Emma (Olivia Cooke) and their daughter a real happy ending, considering that both had parents who were murdered and Dylan killed his brother. That wasn’t some rose-colored, Norman-type fantasy was it?
Cuse: They got their happy ending.

Ehrin: It wasn’t a glossy happy ending. Dylan and Emma survived the Titanic. The Titanic will live inside of them, but human beings are built to survive. Love and therapy—you can do a lot with that. It is our hope that they do have a meaningful happy life together.

Do you see this as a morality play in some ways. Norman had to die for his sins but almost all of the people the Bates killed were bad folks. With perhaps the exception of Bradley (Nicola Peltz).There was a rapist, an adulterous liar, a high school teacher who seduced her student, a mother who deserted her child, a hit man.
Ehrin: That isn’t to say that they deserved to die. We tried to approach all the characters in the show as morally complex. I think it’s more that they were lost than they’re bad. Emma’s mother was a lost person; Bradley was a lost person by the time she died. It’s more about how people get lost by bad decisions, by secrets, by not living in the light, by not living in the truth.

Norma tended to engender dangerously obsessive love not just in Norman and her brother Caleb (Kenny Johnson)—Dylan’s father— but even in Alex Romero (Nestor Carbonell), the mostly sane sheriff who married her and went nuts after her death. Loving Norma always led to bad outcomes, didn’t it?
Ehrin: Romero’s was a normal love—until Norma died. And then it definitely went off a cliff, which is understandable.

By Romero killing Chick (Ryan Hurst), the writer working on a book that meant to be a version of Psycho, did you mean to imply that there shouldn’t be another version of the original? Sort of an inside joke?
Cuse: Chick was ultimately full of shit. That’s why he died. Chick made a series of very tenuous moral arguments about why he should be doing what he’s doing, but they don’t really stand up. He got what he deserved.

Ehrin: Chick was also telling Romero about how Norman dug up Norma’s body and how Norman loved his mother and all this stuff that Romero was just not in the mood to hear! [Laughs]

You left some unfinished business. Dylan has no idea that his father/uncle Caleb) is dead after being held captive in Norman’s basement.
Cuse: My feeling is that they’ll find Caleb’s body at some point. It wouldn’t be a shock to Dylan to learn that Caleb ended up meeting his demise as a result of Norman.

Then there was poor Madeleine Loomis (Isabelle McNally). Norman, the friend she had a crush on, ended up killing her cheating husband Sam (Austin Nichols) and she wound up with no one.
Cruse:. In any sort of romantic tragedy, you always need to throw out the possibility of hope. Madeline was kind of an emotional lifeboat for Norman. It was no accident that she looked like Norma. She existed narratively as the possibility of hope for Norman. But it wasn’t fated that he could deviate from his inevitable path.

Ehrin: She was also there to illustrate the deep loneliness that existed in Norman even though he believed on the surface that he was still living with his mom. There were parts of him that knew that wasn’t true so when he sees this living breathing woman who reminds him of his mother it makes him realize how lonely he is and it’s also part of how he starts to heal himself. She actually is a very important part of the psychological storytelling.

Why bring back Gil (Vincent Gale) Dylan’s old boss at the pot farm for a cameo? Was that a nod to the fact that the marijuana trade is legal now?
Cuse: At the end of shows, it’s kind of fun to revisit characters. We also wanted to acknowledge that White Pine Bay had changed. From the very beginning this was a bucolic town where there were these deep undercurrents that were malevolent. And yeah, we wanted to show that the times have changed. Now with marijuana being legal, a lot of the illicit trade is gone. The story took place in a moment that’s over.

On a more morbid note, how did you shoot the dead, stuffed Norma. Was it mostly a scrupulously created Vera Farmiga dummy?
Ehrin: It was partly that and a lot of Vera.

I wondered if it were actually Vera, how she could lie so still?
Ehrin: She can. It is bizarre and eerie. [Laughs] She plays a dead person so well.

Cuse: One thing we learned is how hard it is to play dead and Vera played dead in an extraordinary manner in two ways. She plays dead as a ghost and she plays dead dead. Both were really hard and she just did an awesome job.

By killing Norman, it seemed there would be zero percent that you would do any kind of sequel. Was that a way to say that this story was absolutely finished for you?
Ehrin: [Laughs] No. It just felt like the right ending.

Cuse: I don’t think there will be a sequel.[Laughs] 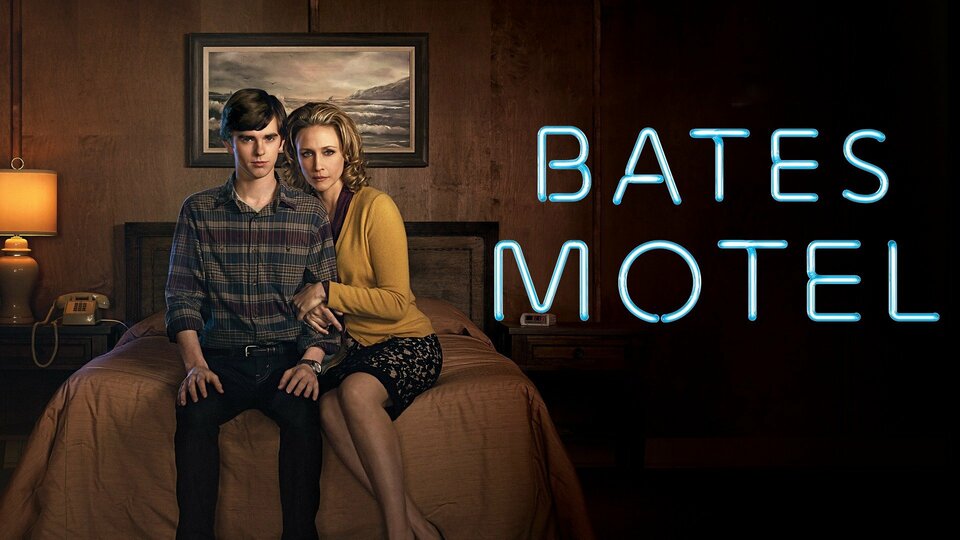