What’s Worth Watching: Quick Draw Is a Quick Binge

Of the things a man needed to survive in Great Bend, Kansas circa 1875, an Ivy League degree probably wasn’t one of them. But that’s what the town’s new sheriff, John Henry Hoyle (John Lehr), has got. And he’s doing a pretty good job applying it to catching pillagers, bank robbers, ruthless killers and the like. He’s also a fantastic shot, which definitely helps. Hoyle got a B+ in marksmanship at Harvard. You may be thinking: “Just a B+?” But it’s Harvard! Before grade inflation!

The only unsolved crime haunting Hoyle is the murder of his first wife, Myra (Arden Myrin), who was shot in the back while going out late at night to buy him ginger snaps back in Cambridge. (Oh, how he loved ginger snaps.) However, he has still taken a lover: town saloon owner/madam Honey Shaw (Allison Dunbar). Quick Draw‘s dialogue is so funny you’ll have a hard time believing the show is improvised. Plus, you can watch the first two seasons in only nine hours—which is probably about a fifth of the time it took the real people of Great Bend to get to the next town. 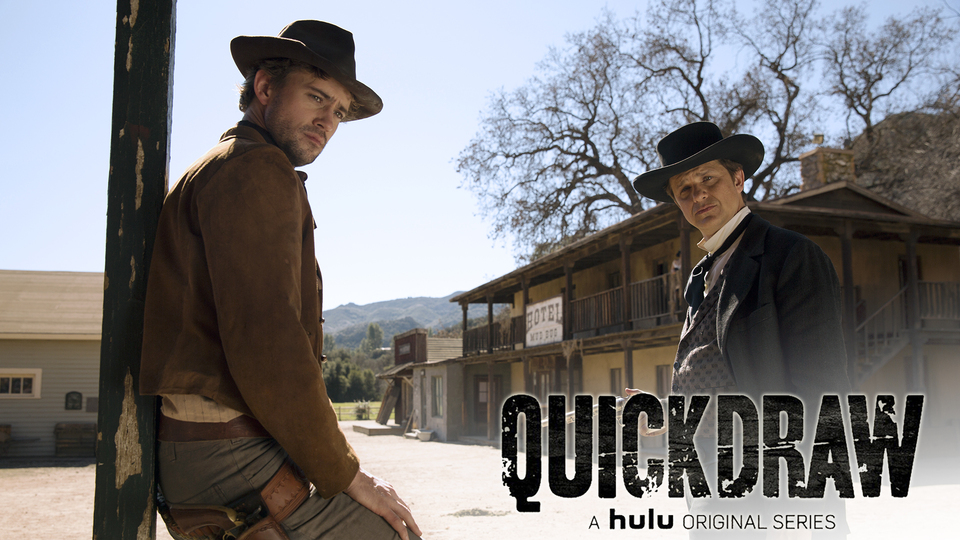 Quick Draw where to stream