Did ‘Leverage: Redemption’ Finale Just Set up Familiar Foe’s Return in a Season 3?

[Warning: The below contains MAJOR spoilers for all of Leverage: Redemption Season. 2.]

Could Leverage: Redemption Season 3 see the return of an old foe? He was mentioned in the Season 2 finale, but first, one of the most entertaining shows on TV has to be renewed.

“Soon as Freevee’s ready for one, I’ll give it to ’em. They gotta just make the decision,” executive producer Dean Devlin tells TV Insider. “But I think the response has been phenomenal, as you’ve seen online, and hopefully enough people watched it this season and Freevee’s gonna wanna do another one, but if they’re ready, we’re ready.”

In the Season 2 finale, after reuniting with her stepdaughter, Astrid (Alexandra Park), Sophie (Gina Bellman) does convince her to side with them while going up against one of the grifter’s former crewmates and now foe, Arthur (Damian O’Hare). (He’d tried so hard to put her behind bars but he’s the one who’s now locked up.) Still, with the truth out about who Sophie is — she was operating under her Duchess alias back then — it was left to Astrid to decide if she wanted to arrest her. But when Astrid, now with Interpol, searched the agency’s database, not five minutes later, Section Chief James Sterling (Mark Sheppard) called to tell her she’d done well and would be promoted. And Astrid led Sophie go.

So what has the crew’s dynamic with Sterling been like all this time? They last encountered him in the original series finale in “The Long Goodbye Job.” “Complicated. They’ve worked together. There’s mutual respect,” according to Devlin. “I would imagine that there were things that the team has done to help him, and he’s done things with the team in the interim, but his relationship with Eliot [Christian Kane] is really bad. Eliot really hates that guy.”

Who could blame him? After all, Sterling drugged him back in Season 4 of the original series in “The Queen’s Gambit Job.” The hitter will “never, never, never” forgive him for that, Devlin confirms. “And he didn’t like him before then. So, yeah, if we ever get to bring Sterling back, which we all hope we can, it’s gonna be a complicated relationship.”

While Devlin would love to bring back Sheppard as Sterling, “when we are bringing people back from the old show, we don’t want to be too heavy on the Nate [who died a year before Redemption picked up] story because we really have to move on as a show, so there’s certain backstory characters that people love, but it’s just too related to the Nate story, and then it becomes a Nate story again,” he explains. 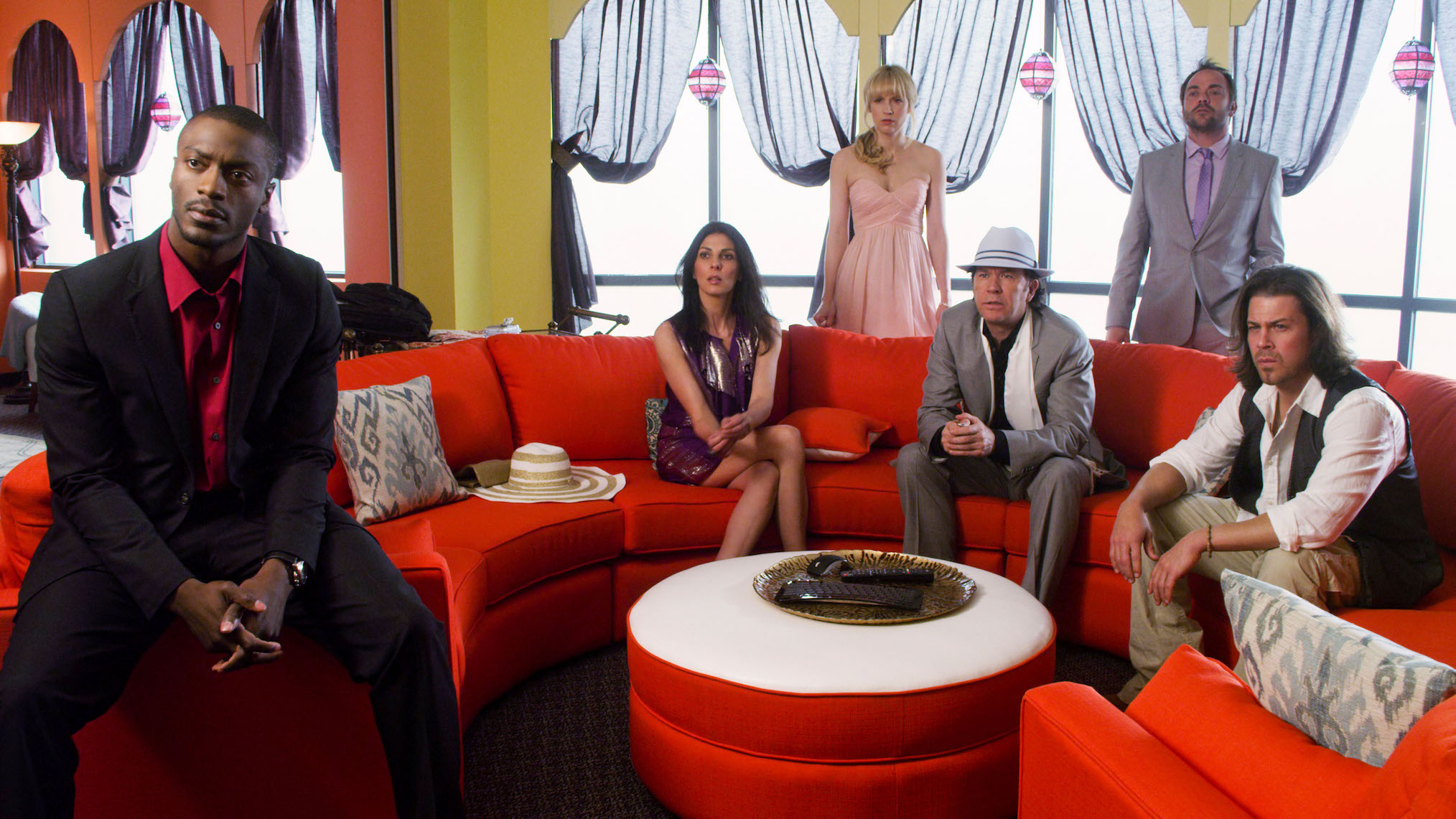 Still, there are some characters he’d love to bring back if there’s a third season. Among those on his list: Hurley (Drew Powell), who went from mark to one of Leverage: International (“we gotta get [him] back, we all miss Hurley”), and Chaos (Wil Wheaton), hacker and Hardison’s (Aldis Hodge) foe — oh, and he tried to kill Sophie in the original series.

And considering that the series is hinting at a third season exploring what redemption could look like for Eliot — even if he doesn’t think it possible for himself — what about Damien Moreau (Goran Visnjic), whom the hitter once worked for and who was last seen locked up in San Lorenzo? (He’s still there.) Seeing Visnjic again would also mean an ER reunion with Noah Wyle (who joined as now former evil lawyer Harry Wilson at the beginning of Redemption).

“I would love it, and he was such a joy to work with,” Devlin says. “The guy was just such a pleasure and that is the toughest guy they ever went up against. So it would be interesting to see if this guy was back on the loose again and he’d want revenge.”

The EP would also love to bring back Jeri Ryan as Sophie’s friend and fellow grifter Tara Cole. (She briefly worked with the team while Sophie was finding herself in the original series.) “The problem is she’s exploding again. She’s so fantastic on Picard,” he explains. “So yeah, if we can be in a window where she could come, I’d love to get her back. She was just awesome in Season 2.”

That being said, there are also new characters to bring in, especially one that everyone is “dying to meet, like Nana,” Devlin points out. (Nana fostered both Hardison and Aleyse Shannon’s Breanna). “That has to happen.”

And there’s also the possibility of seeing Astrid again, now that she and Sophie are on better terms. “I thought that was such an interesting surprise and the relationship. There’s the relationship you write, but then there’s the one that you shoot, and it’s always one of these things where me and the writers watch the dailies and we go, ‘Oh, wait, what was that? That’s something. We gotta write to that,'” Devlin says. “I thought that they played off each other so well. I’d really love to see where that goes.”

Once Astrid was on board with Sophie’s plan for Arthur, she was the one to tell Eliot to tie the rope binding her tighter. He should have expected that, though, considering who her stepmother is. “And, of course, if you did bring Sterling back, that’s the matchup you want,” adds the EP. A third season could also see more of the Leverage: International teams, whom the crew used for the finale. “I was so bummed it fell through, but originally, we were going to shoot the first episode in London. For a lot of reasons we weren’t able to pull it off,” Devlin reveals. “But yeah, if we can find some ways to get some stuff done in Europe, so we’re not just faking it and get real international crews, we’d love to do that.”

Episode 11 of Season 2, “The Belly of the Beast Job,” did offer a look into how those teams come about, however, with the crew taking a step back and helped in the shadows while a record executive’s assistant handled a takedown. Devlin would love to bring the assistant and the IT tech whom she enlisted back; they ended the episode with a Leverage: International card.

But for any of that to happen, one thing has to happen first, so let’s go steal a Leverage: Redemption Season 3!