The first time we see Reba McEntire employ her considerable powers of persuasion as no-nonsense judge Kim Wheeler in a new Lifetime movie, The Hammer, she’s dressing down a deputy pointing a gun at her after she was clocked going over 100 mph on a rural highway. The second time, she’s using her gavel to clean the clock of an angry perp as he rushes the bench. And so south-central Nevada’s new traveling circuit judge earns the nickname “The Hammer.”

The country music icon resumes her U.S. concert tour in March, but she tells TV Guide Magazine she’s been having “a blast” on The Hammer and ABC’s Western crime thriller Big Sky: Deadly Trails — especially because her real-life beau Rex Linn (Young Sheldon) costars in both projects. “She doesn’t stop moving,” he marvels. “I’m telling you, man, she’s like a great white shark. Can’t stop or they’ll die in the water. [Laughs] At least that’s what the scientists tell us.” The Hammer is inspired by the true exploits of Nevada traveling judge Kimberly Wanker, known for her fairness, work ethic, taking no guff and that moniker. “She’s a kind, caring person but a little spitfire. I just fell in love with the character,” says McEntire about the role Linn calls “perfect for her.” Like Wanker, Judge Wheeler hears cases in courts covering the sparsely populated region between Las Vegas and Reno.

The outdoors-loving judge, who chooses to live in her truck, soon finds herself in the middle of an unsolved murder — that of her not-so-loved predecessor. “Everybody looks like a suspect at one time or another!” McEntire hints. Among them: a brothel keeper (Reba’s Melissa Peterman) who happens to be Kim’s sister.

There’s also another troublesome case where the defendant is a rich kid whose parents do not want him jailed, which his tycoon father Bart Crawford (Linn) makes very clear. “There could be a love interest there,” McEntire notes. But is he manipulating her so she’ll go easy on his son? 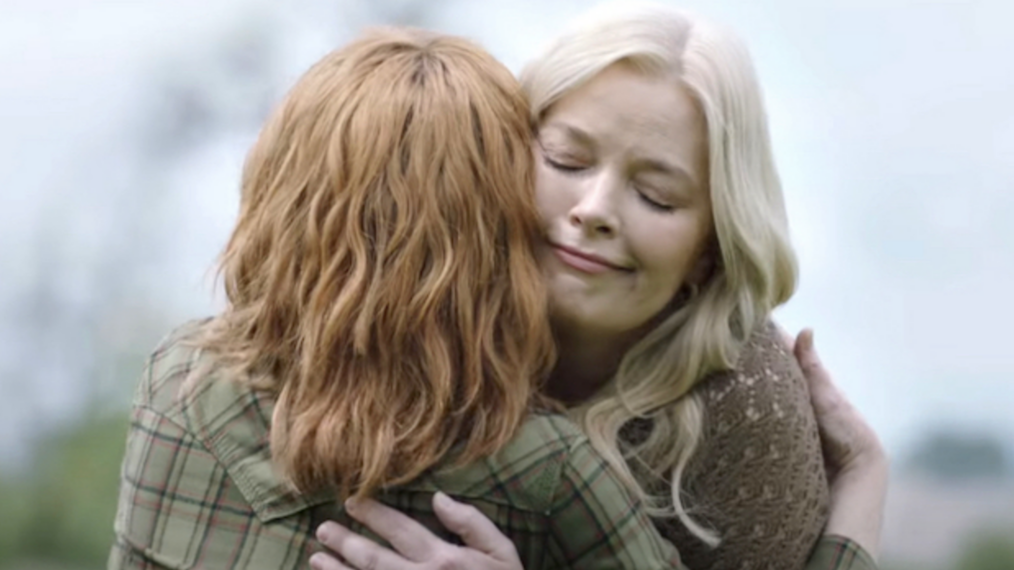 “Every scene was fun for me because I was working with her, and I mean that,” says Linn, laughing. “We’ll wink at each other in the middle of a scene.” He also raves about her skills, saying his “brilliant” lady love “can look at a page of dialogue for five minutes and she’s ready to go.”

Over on Big Sky, McEntire’s manipulative backcountry outfitter Sunny Barnes and her no-longer-deferential husband, Buck (Linn), begin their final three episodes when the pitch-black drama returns January 4 (10/9c, ABC). Buck murdered a nosy female guest to protect his wife. Is it any wonder Linn predicts the marriage “will be strained” as the story plays out?

As for future gigs together, Linn is pushing to have McEntire, who plays recurring hairstylist June on Young Sheldon, start dating his Principal Petersen. McEntire’s wish is to play “The Hammer” in a Lifetime series or more TV movies. “I told Kim I was a huge fan,” the superstar recalls of Wanker. “She said, ‘Oh, kid, I got so many stories….’”

This is an excerpt from TV Guide Magazine’s 2023 Preview issue. For more inside scoop on what’s coming to TV and streaming in the new year, pick up the issue, on newsstands Thursday, December 29.