“There is a finality to it that wasn’t there yesterday,” Giddish told Variety after Rollins’ final episode, “And a Trauma in a Pear Tree,” aired on Thursday, December 8. “So it feels different than it did before I saw it, which I wasn’t expecting! I kind of said my goodbyes on set. I had that closure, I thought. But last night, just so see how many people were watching and all the kind words I got about Rollins and the show, it was really something special.”

In that episode, Rollins married Dominick “Sonny” Carisi (Peter Scanavino) — and told Olivia Benson (Mariska Hargitay) that she took a job teaching forensic pathology at Fordham and that the two of them will remain friends. 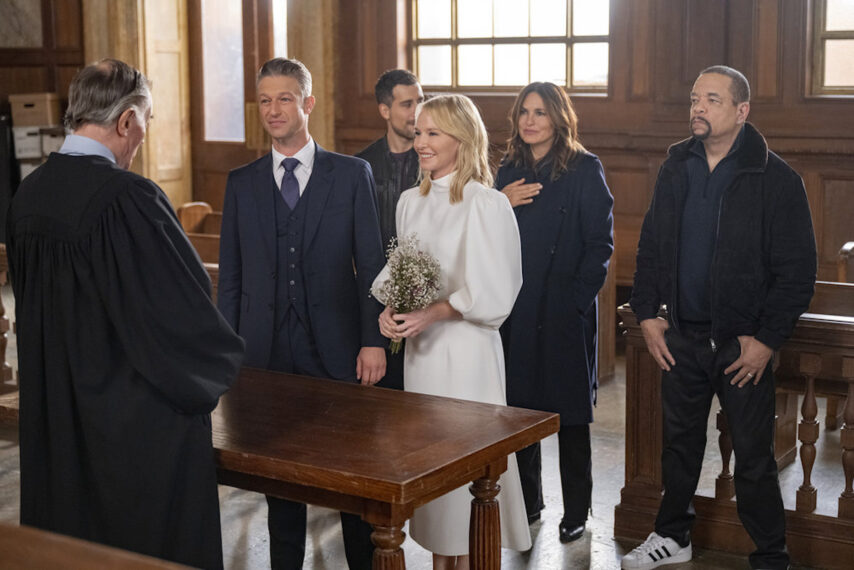 Giddish told Variety she found out she’d be leaving SVU “before the season started, this year.” (The magazine previously reported that the decision to write Rollins out was neither Giddish’s nor showrunner David Graziano’s but a “call made from above” that also involved salary negotiations, and Hargitay fought to keep Giddish on the show.)

“We worked on this storyline together, and I think the last episode culminated the beautiful Rollins and Benson relationship, and we got to see Carisi and Rollins get married, which was such a treat,” Giddish told Variety after the episode. The 42-year-old didn’t shed much light on the reasons behind her departure. “My side of things is just that it’s time in the Rollins storyline,” she said. “I felt like where it was heading, and where it headed last night, just seemed the right place to leave it right now. I am so excited about things going on in my personal life and kind of the mirroring of what’s going on in my personal life and in Rollins’, there’s a lot of joy to be experienced.”

Giddish did, however, comment on the Los Angeles Times’ report about staffers’ accusations of misogyny and bullying against Graziano. “It was alarming to read,” Giddish said of the article. “My experience has always been positive on the set for all 12 years that I was there.”

And aside from Rollin’s upcoming one-off appearance on Law & Order: Organized Crime, Giddish says the “door is un-shut” for her to one day return to the L&O franchise. “[Law & Order creator] Dick Wolf has got such a fertile universe that’s going on, that people can pop up in different places. That’s really a cool thing that he’s created.”