Anyone who shipped April Kepner and Matthew Taylor on Grey’s Anatomy can see the same actors fall in love all over again in the Lifetime movie Reindeer Games Homecoming. Sarah Drew and Justin Bruening lead the cast of the holiday rom-com, which airs tonight, Saturday, November 12, at 8/7c.

InReindeer Games Homecoming, Drew plays MacKenzie Graves, a biology teacher who ends up competing against Bruening’s Chase Weston, a Hollywood star who happens to be her high-school crush, in her hometown’s annual Reindeer Games fundraiser. “As the competition heats up, so does the spark between Mac and Chase, and Chase soon finds himself eager to not only win the games, but also win her heart as well,” Lifetime adds in a synopsis.

Drew, who wrote Reindeer Games Homecoming, didn’t initially think to reunite with Breuning onscreen in the yuletide romance. “Actually, I was writing it with some other people in mind after having just worked with a group of people that I wanted to work with again,” she told People.

“Yeah, basically they all said no,” quipped Bruening.

Drew continued: “I mean, I love working with you, Justin. But you know, also want to work with other people, too. But when his name was brought up, I was like, ‘Oh my gosh, this is so perfect. Yes.’ I just can’t quit you, Justin.”

Bruening recurred on Grey’s Anatomy in the ABC medical drama’s ninth and tenth season — midway through Drew’s seven-season stint as a series regular — as Matthew, a paramedic with whom April falls in love. However — years-old spoiler alert — April left Matthew at the altar after Jackson made a last-minute declaration of love. Then, Bruening returned in Season 13 after April and Matthew reunited offscreen, but recent Grey’s episodes have shown that April and Jackson are once again a couple. 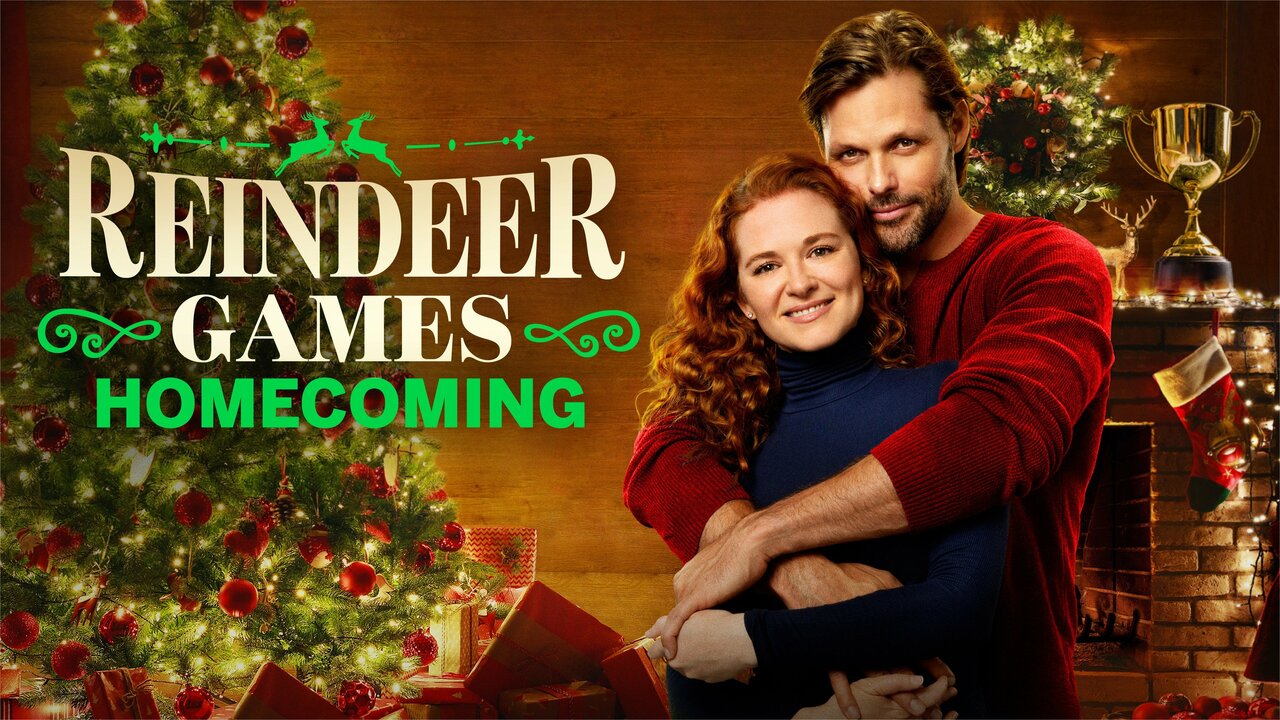 So by the time they filmed Reindeer Games Homecoming, Drew and Bruening were well acquainted. “I was joking with her at the beginning: You know you get that phone call from your friend who’s like, ‘Hey, so I wrote a script,’ and right away, you’re kind of like, ‘Huh, really? Great,’” Bruening told People. “But it was so funny and, having worked together so many times, I know how collaborative she is and how she does want to elevate everything.”

Added Drew: “I think it was super beneficial getting to work with Justin since we’ve been working together for 10 years. We’re just able to immediately leap in, and there’s no kind of trying to figure out the chemistry. We have a decade of history.”

Reindeer Games Homecoming where to stream