Sam Heughan is revealing in his new memoir, Waypoints: My Scottish Journey, that one of Outlander‘s most brutal scenes nearly included a full-frontal shot of his penis.

In the book, available now, Heughan reveals he filmed an “unnecessary” full-frontal shot for the scene in the first season of the Starz hit romantic drama, in which his character, Jamie Fraser, is sexually assaulted by Captain Jack Randall (Tobias Menzies). The actor admits the moment left him feeling betrayed by the show’s creators, as the scene didn’t call for a gratuitous shot like that to be effective.

“This wasn’t a moment where I felt that being naked would add to the horror of what Jamie undergoes in that castle dungeon as a form of punishment, subjugation, and humiliation,” Heughan writes in the book. The full frontal would have been seen during the assault, he says, but the initial compromise was to show it in the moments after.

“I pushed back, reasoning that nudity sexualized a horrific experience for my character, and it sparked quite a debate,” he continues. “Creative conversations are a feature of all productions, good art is made by questioning the truth and we all want to get it right.”

While the gratuitous shot ended up cut from the episode entirely, he feels the whole scene “would’ve been handled differently today.” He writes: “Times have changed. The cock shot was unnecessary and did betray my trust in the creative team a bit. We don’t need to see the horror to imagine what the characters go through. Imagination is way more powerful.”

The actor was contractually obligated to film nude scenes for Outlander, and he notes in the book that the series has “never turned away from sexual violence,” but this added layer to an already brutal rape scene was upsetting for him. 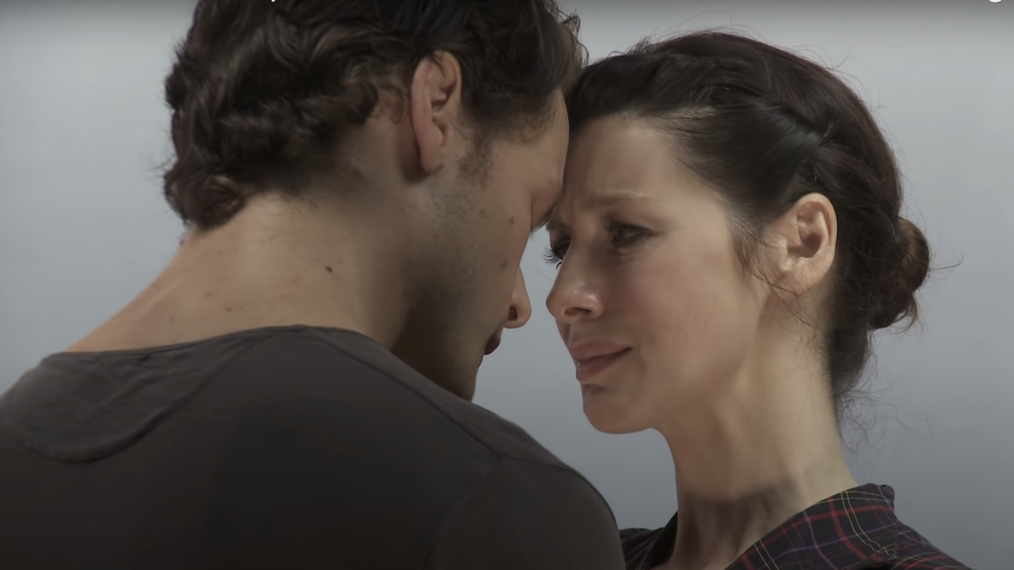 Outlander has received criticism for its rape scenes in the past. Jamie, Caitriona Balfe‘s Claire, and Sophie Skelton‘s Brianna have all been assaulted in the series and have been threatened with it several more times. This is the first time Heughan has added his own commentary to that discourse. He and Balfe are both producers on the Starz drama now, and Heughan made sure to hire Outlander‘s first intimacy coordinator once he had that power during Season 6.

“I brought on board the intimacy advisor Vanessa Coffey because, with intimate scenes, it’s important that everyone is protected, but also we find a way to explore these scenes and actually maybe get something more out of them,” he said during a live taping of Josh Horowitz’s Happy Sad Confused podcast in March 2022.

“I got into this in a very different time and the Starz network was different, but also the industry was different, and so we really didn’t know what we were doing,” he added. “We were thrown in the deep end and had to learn through the experience, so I think it’s been really great to bring Vanessa on board to help younger actors with less experience.”