Actor Bob Newhart is such a comedy superstar that he had three CBS sitcoms named after him, each coming 10 years after the last: 1972’s The Bob Newhart Show, 1982’s Newhart, and 1992’s Bob.

Of the three, Newhart ran the longest, having debuted on October 25, 1982, and lasted for 184 episodes across eight seasons. Newhart featured its namesake actor as Dick Loudon, an author who moves with his wife, Joanna (Mary Frann), from New York City to a small town in Vermont to run the Stratford Inn, unaware of how bizarre their bucolic existence there would soon become.

Now that Newhart is turning 40, get to know the show even better with the trivia below.

While people-watching in the cafeteria of a Seattle Hilton, Bob Newhart realized that hotel guests are as difficult and nonsensical as some of the patients his Bob Newhart Show psychologist character treated, as the Los Angeles Times reported in 2008. “I function well with a bunch of crazies around me that I can react to,” Newhart told the newspaper.

As Newhart told the Times, he created the Newhart pilot with Taxi writer Barry Kemp, who wrote the first episode while on a trip to Vermont. But Newhart knew that The Bob Newhart Show was a tough act to follow. “It was on my desk for about three days, and I kept circling it, as though it were radioactive — because I was afraid it wasn’t going to be as good as The Bob Newhart Show, in which case I wouldn’t have gone back to television,” he said. “But I read it and I loved it.”

Larry, Darryl, and Darryl weren’t meant to be regular characters

The audience’s love for the woodsman brothers Larry (William Sanderson), Darryl (Tony Papenfuss), and Darryl (John Voldstad) convinced Newhart producers to bring the guest stars on as series regulars. “This is one of the advantages of doing a show in front of a live audience, because you get that immediate feedback,” Newhart told the Times. “Fewer and fewer shows are being done in front of a live audience, which I think is a shame. Because it really leads to better writing, and it leads to better performances.”

William Sanderson often kept a quarter in his ear

Viewers often spotted Sanderson’s Larry with a quarter in his ear, a trait the actor copied from his character in the 1980 biopic film Coal Miner’s Daughter. “It’s not very inventive to repeat yourself, but it’s almost like a superstition,” Sanderson told AV Club in 2009. “So I wore it for parts of eight seasons. And I think people thought it was a hearing aid, or ignored it. To this day, I’m counting on rabbit’s feet, four-leaf clovers, horseshoes…”

The Waybury Inn in Middlebury, VT, is the real-life Stratford Inn

Though Newhart filmed on a Los Angeles soundstage, the exterior views of the Stratford Inn were shot at the Waybury Inn in Middlebury, VT. That inn, built as a stagecoach stop in 1810, is still in business and features props from the show.

Vermont residents weren’t thrilled about their portrayal in Newhart

Newhart’s Vermont jokes rubbed locals the wrong way, as The Boston Globe reported in 1987. “People around here aren’t taken by the show,” Peter Varty, then-owner of the Waybury Inn, told the newspaper. “When they do think about it, it’s viewed with negative overtones.”

Jay Craven, then the executive director of the Vermont nonprofit Catamount Arts, added: “On one level, this kind of buffoonery is a laugh. But the Newhart show is a big TV show. People buy into it. And you are constantly dealing with stereotypes, cheap shots and one-liners.”

The show has more than one On Golden Pond connection

Aside from the view of the Waybury Inn, the picturesque sights of Vermont in Newhart’s opening titles are actually outtake shots of New Hampshire from On Golden Pond, the 1981 film which featured Katharine Hepburn, Henry Fonda, and future Newhart star William Lanteau.

Like The Bob Newhart Show, Newhart was a production of MTM Enterprises, a production company co-founded by Mary Tyler Moore. The MTM logo had featured a meowing cat named Mimsie, in a spoof of the roaring MGM lion. But Newhart lent his voice to the Newhart version of the logo, offering a very unconvincing cat impression. 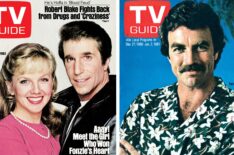 One episode ended with cameos from other CBS stars

Newhart told Entertainment Weekly in 2010 that the instant-classic twist of the Newhart series finale — that the whole show had been a dream of Bob Hartley, Newhart’s The Bob Newhart Show character — was an idea from his wife, Ginnie. In fact, Ginnie even thought of having Suzanne Pleshette reprise her role as Bob Hartley’s s wife, Emily.

“She said, ‘You ought to end it with a dream sequence where you wake up in bed with Suzy,’” Newhart said. “[Pleshette] loved the idea. She said, ‘I’ll be there in a New York minute!’”