After a successful theatrical run, Jordan Peele‘s Nope has found its streaming home. Nope will be shown on Peacock starting November 18, the streamer has announced. But it is currently available to stream, at a price (see below). Peacock is also producing an original documentary about the creation of the hit movie featuring cast and crew interviews and behind-the-scenes footage.

Nope is a “dark pop nightmare of uncanny science fiction and complex social thriller that unpacks the seeds of violence, risk, and opportunism that are inseparable from the romanticized history of the American West… and from show business itself,” as Peacock describes. Starring Daniel Kaluuya, Keke Palmer, Steven Yeun, and more, Nope came out in theaters on July 22 and became a summer blockbuster.

Nope is set just outside of Los Angeles, in Southern California’s vast Santa Clarita Valley, where siblings OJ Haywood (Kaluuya) and Emerald Haywood (Palmer) have inherited a horse ranch from their industry-legend dad, Otis Haywood Sr. (Emmy winner Keith David; 21 Bridges, Crash), carrying on his craft as animal wranglers for film and television. Despite their skills and the artistry of their profession, OJ and Emerald face financial challenges and the heartbreak inherent to a trade where livestock is the talent.

Where To Purchase ‘Nope’ 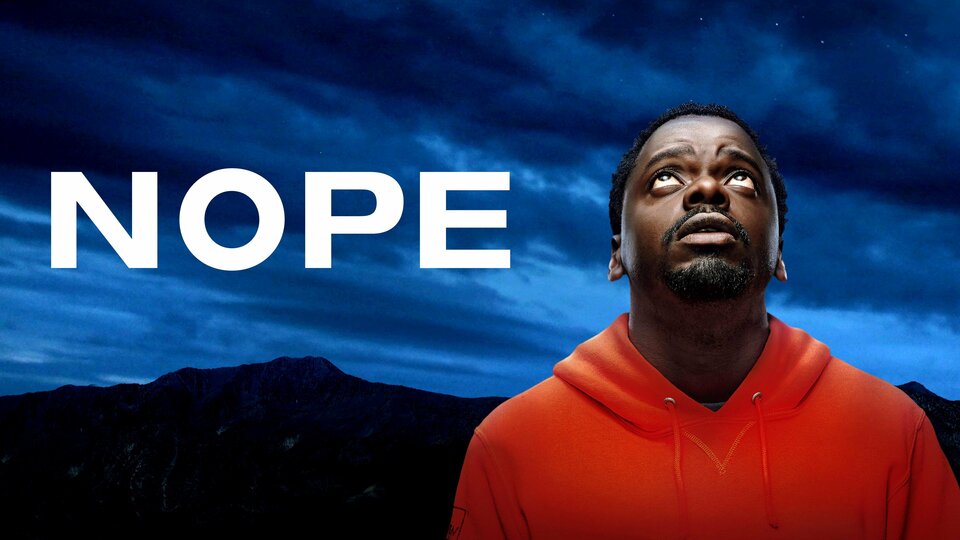 “OJ and Emerald begin observing unexplained phenomena on their vast ranch that leads them down an obsessive rabbit hole — plotting attempts to capture the mystery on camera,” the logline teases. “The hijinks of their quest for documentation, through increasingly elaborate and dangerous set-ups, puts at risk the only thing they truly have: the hard-earned business of their late John Henry-esque father, who has left them in his long shadow.”

“Things escalate as the siblings enlist the expert help of Fry’s Electronics store employee Angel Torres (Brandon Perea; The OA, American Insurrection), and acclaimed cinematographer Antlers Holst (Michael Wincott; Hitchcock, Westworld), who is on the cusp of retirement,” the description continues. “As their efforts, and hubris, cross a point-of-no-return, ratcheting the stakes to terrifying consequences, our heroes are drawn straight into the eye of an irreversible storm. The result is an expansive horror-spectacle with an intimate and emotionally complex core.” While you wait for Nope to land on Peacock next month, you can stream it for a price. Nope is available for digital purchase via VOD at Amazon Prime Video, Redbox, YouTube, Vudu, and Apple TV for $20. It’s no longer available to rent on those platforms, but Nope can be rented from Redbox kiosks and on Vudu starting October 25.

Nope is the latest addition to Peacock’s growing movie catalogue, which includes Beast, Jurassic World Dominion, Minions: The Rise of Gru, Vengeance, Brian and Charles, The Black Phone, The Bad Guys, Downton Abbey: A New Era, and The Northman.

Nope where to stream