Actor Michael Callan, best known for his role as Riff in West Side Story on Broadway, has passed away aged 86. According to The Hollywood Reporter, Callan died Monday night of pneumonia at the Motion Picture & Television Country House and Hospital in Woodland Hills.

Born in Philadelphia in 1935, Callan sang and danced as a teenager, and by the time he was 15, he was dancing in nightclubs. He moved to New York City at age 17 and performed under the stage name “Mickey Callan.” When he was 21 years old he got his big break after he auditioned numerous times for the role of “Riff” in the original Broadway production of West Side Story.

Callan’s first movie role was They Came to Cordura starring Gary Cooper. He also co-starred with Tuesday Weld and Dick Clark in the movie Because They’re Young. He was well-known for the movie Cat Ballou opposite Jane Fonda and Lee Marvin. In the movie, Callan played the romantic lead opposite Fonda. 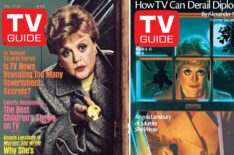 His survivors include daughters Rebecca and Dawn, whom he had with his first wife, onetime Miss Dallas and Las Vegas showgirl Carlyn Chapman; sisters Sheri and Sandy; grandchildren Michael, Ella and Asher; and a close companion at the MPTF home, Susan.