Fans and loves ones of Days of Our Lives star James Lastovic were given quite the scare when it was announced that the actor known for playing Joey Johnson on the soap had gone missing in Hawaii. He had gone hiking on Sunday, October 9, and failed to return to his hotel or make a flight.

Thankfully, the star and his roommate Nevin Dizdari have since been confirmed safe, according to Dizadari’s sister, Emma who posted to her Instagram story, reporting that she’s heard from her sister. “UPDATE: my sister and James are okay, they got lost on their hike but made it back to their car and are on their way back to the resort now,” Emma Dizdari wrote on social media. “Thank you everyone for reposting and helping us reach Nevin,” she added.

Fears about Lastovic and Dizdari’s whereabouts began when they didn’t return to their resort after inquiring about a Kokee State Prak hiking trail nearby. When they didn’t return to the hotel Sunday night and missed checkout on Monday morning as well as their flight to Los Angeles, their family and friends understandably became concerned and asked for others to help spread the word and reported them missing. 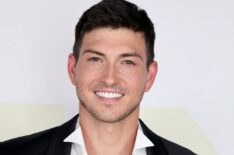 No further word on Lastovic and Dizdari’s status has been shared, but stay tuned for any possible updates as they’re made available. Along with Days of Our Lives, Lastovic is known for his role in Netflix’s former series Insatiable in which he appeared alongside Debby Ryan. He appeared on Days from 2015 to 2020. Currently, Lastovic is involved with a short titled The Doghouse.

Luckily, this story seems to have a happy ending for those involved.