There are laughs and scares to be had in the upcoming Comedy Central original movie Cursed Friends. The film centers around an all-star comedic cast including Harvey Guillén (What We Do in the Shadows), Nicole Byer (Nailed It!), Jessica Lowe (The Righteous Gemstones), and Andrew Lewis Caldwell (Danger Force). These core four play childhood friends who discover their predict-your-future game of M.A.S.H. (Mansion Apartment Shack House) from back in the day becomes all too real as grown-ups.

After unearthing their completed M.A.S.H. book during a drunken slumber party, they slowly find those answers from 2002 come back to haunt them. Maybe with the exception of Byer’s Mikayla, who dreamed of marrying Joey Fatone. (The *NSYNC member actually appears in the movie, sure to conjure up a trip down “Dirty Pop” memory lane.) Rounding out the cast of characters are James Austin Johnson, Nikki Glaser, Kathy Griffin, Nicole Richie, Ken Marino, and Rob Riggle, as well as executive producer Will Arnett. For Guillén, who plays a wonderfully over-the-top fitness trainer and influencer named Andy, this environment is nothing new. TV Insider chatted with the busy actor about the making of this festive supernatural flick. He also treats us to a tease of what’s to come for his fan-favorite Guillermo on What We Do in the Shadows.

Cursed Friends is the perfect flick for spooky season. Was Halloween big at your house?

Harvey Guillén: I love Halloween. I grew up being terrified of horror films in general like Halloween, Chucky. I remember Chucky having a big impact on me because I was still playing with dolls. I was convinced one of the dolls in my room was Chucky. Maybe in hindsight, you shouldn’t let a child see that movie. Although it wasn’t my parents who let me see the movie. I saw it at my cousin’s house. I’ll blame them.

How much fun did you have on set?

It was so much fun! You put a group of comedians on top of their game playing with each other; we had Will Arnett, and Rob Riggle. We had Nicole Richie come in, who is such a delight. Such a natural comedian. She is so talented and nice. The list goes on and on. This cast is full of talented comedians who make the movie even funnier than it already was on paper. It’s such a kooky movie. I can’t wait for everyone to see it.

I love the music choices as well. There is even a scene where Kate Bush’s “Running Up That Hill (A Deal with God)” is playing in your headphones as you’re jogging. Perfect.

We [had a joke] on set where the cast was reenacting a scene with that song playing in the background. I can’t believe they ended up using it, it turns out really funny. 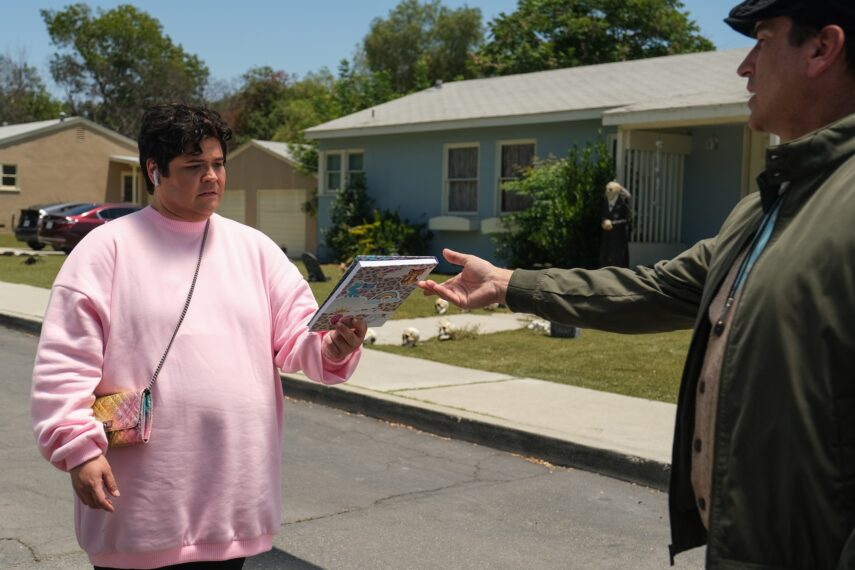 There is also a fun dance sequence that will certainly take *NSYNC fans back. What was it like being part of that?

The first day on set was a rehearsal for the dance. It was also where we got to meet the cast. So, we go into this dance studio to learn the actual steps. It was so nostalgic doing it. You think, “Wow, these are moves [I’ve seen] in the music video, and I’m doing them now.”

I did play it on the playground at school during recess. You’d use some people’s names from class, which would cause drama. I also played it at slumber parties. It was nostalgic all around with the verbiage and usage of the game in the movie. It all hit close to home.

Do you remember some of the answers you had?

I remember sort of manifesting. You think if you landed on a really good one, then it will probably come true. One of them was a mansion. I was so excited when I got to the mansion because you think it will happen. Another I remember was astronaut, which I thought was kind of cool. I thought, “I guess a career in space can be a possibility.” It’s fun to look back to where you were as a kid thinking about what a great career or life would entail. And now thinking, “What was I thinking?!”

Who would you have put for marry at that point in your life?

I probably put someone from *NSYNC or Kate Winslet or Leo [DiCaprio] because of Titanic. I was really influenced by pop culture or entertainment, so whatever the coolest thing was at the moment.

I think the horror genre doesn’t get enough credit when it comes to LGBTQ+ representation. Having a featured role in this particular movie, do you feel the same?

I think so, because for a long time horror represented the outcasts. People drawn to movies like Frankenstein or other monster movies were usually those who could relate to the monster because for so long being different made you the monster. It made you relate to the character chasing down the town with torches. Then you ask yourself at that point, “Who is the real monster?”

Queer culture has been influenced by horror and horror comedy because it’s accepted to the extent you get to that level and drop your guard down where anything goes. You’re here to have fun where anything is possible. I think because of that it gets overlooked. So when you think deeper you find it has been around for a while and the genre has been welcoming to the queer community. You see yourself in that world. When you see the film is on Comedy Central, you expect it to be funny. However, there are also some actual jump-scare scenes sprinkled in. How was it filming those scenes?

And then there is Kathy Griffin, who plays a spooky Stacy Friendship. She sets the stage for all that happens.

This was really Kathy’s first thing back into acting. It was fun to welcome her back to this world. She does a fantastic job with the character. She is hilarious.

Do you see the potential for a sequel?

I think anything is possible if you want it badly enough. I had such a good time with this cast. It’s Will Arnett’s production company [Electric Avenue] who did it. Maybe it can be like a Ryan Murphy [anthology] where the same actors play in different storylines.

It’s the time of year when we all dress up. How great is it for you to see more and more fans putting together costumes inspired by characters from What We Do in the Shadows?

It excites me every year to see more cosplayers. I recently went to Dragon Con in Atlanta. They organized a group of cosplayers. I’m talking about hundreds, if not thousands, dressed as characters from Shadows. They had an open staircase that goes on forever. They filled up every space. We surprised these cosplayers. Their faces are priceless. There is such a commitment. All our fans are so committed. We love them so much. I can’t wait to see all the new outfits. 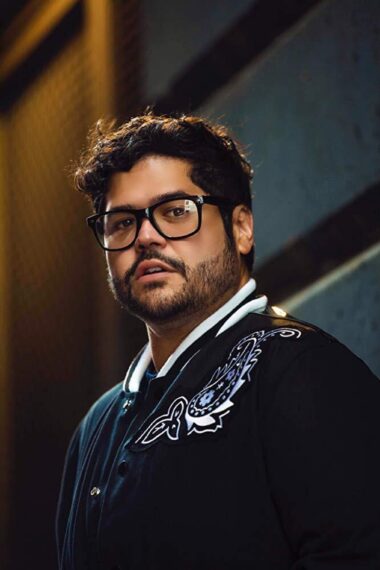 Do you have a Halloween costume picked out for yourself this year?

I think this year I’m going to be Guillermo because I’ll be on set.

Of course, fans are excited to see what’s next on Shadows after that finale. What can you tease about Guillermo’s journey for Season 5?

We saw what happened at the end of last season when he had the bright idea to take matters into his own hands. When we return, we’ll see how that unfolds. We’re excited because this season Gulliermo has completely taken this heavy burden that he has been carrying a secret for so long for many different reasons. That he works at the railroad. That he is living this hetero way of life, which is not true. So he comes out, and there are all these layers to him. Now, you can see his real authentic self come out. I’m excited for everyone to see that.

Cursed Friends where to stream