‘Good Omens’ at NYCC: Everything We Learned About Season 2 at the Panel

In the first season of Good Omens, Aziraphale (Michael Sheen) and Crowley (David Tennant) helped save the world from the Apocalypse. So what does that mean for Season 2?

Mackinnon admitted that he doing Season 2 without the book, “I had the feeling that maybe Terry’s presence would retreat a bit. But it just didn’t at all.”

Read on for what we learned from the panel — besides the fact that they moved to Scotland to get warmer — about Season 2, which will premiere in summer 2023. Plus, check out the new character photos and key art below. Service and Sosanya are both back as new characters, named Maggie and Nina, respectively. (According to Gaiman, he knew he wanted them both to be part of it, so he named the characters after them to make it clear to everyone reading the scripts they’d be playing them.)

Maggie runs a record shop in Soho, next to Aziraphale’s book shop and across from Nina’s coffee shop (called Give Me Coffee or Give Me Death”). Nina is good at dealing with “all sorts” of people who come into the coffee shop, Sosanya said. Completely new to the series for the second season is Sepulveda’s Muriel. Gaiman said they realized they didn’t have any nice, well-meaning angels in heaven. Rather, “all we had were bastards.” Enter Muriel. She has spent at least 6,000 years in the same office in heaven, not talking to anyone, just filing things and hoping someone will come in and make her day more interesting. “Normally it doesn’t,” according to Gaiman, “but Muriel is very well-meaning and has always wanted to get out of it.”

That’s why she’s “gullible,” “curious,” and a bit chatty,” Sepulveda said of her character, who’s coming to Earth for the first time. “She crosses all the Ts and dots all the Is, but does it in reverse, just wrong.” 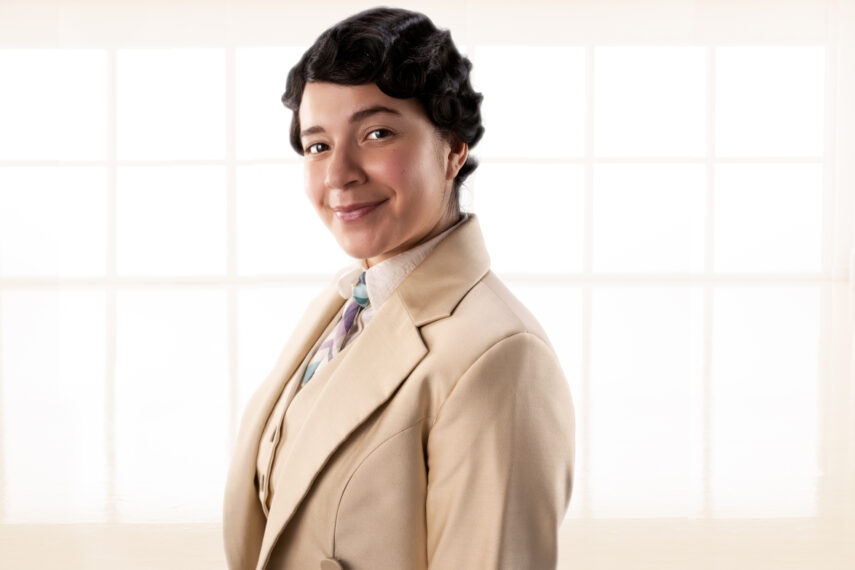 Also returning as a new character is Miranda Richardson, now playing Shax. “She’s basically the demon on Earth who came to replace Crowley after they sacked Crowley,” Gaiman described. Then, in “a kind of regeneration thing,” as Mackinnon called it (a nice nod, with Tennant part of the series), Shelley Conn is coming in to replace Anna Maxwell Martin (who was in two shows and had a stage play when they needed her) as Beelzebub. What to Expect in Season 2

The panelists couldn’t say much about Season 2 — which will be six episodes, each about 45 minutes.

When asked which eras they’d like to see Aziraphale and Crowley in, Mackinnon said 19th century Scotland, with Gaiman chiming in with about 1827. “That’d be good, can you write that?” Mackinnon asked. “Oddly enough, Episode 3 will take us to … body-snatching in that era.” Mackinnon then asked about something Biblical. “We could do one of those in lie Episode 2,” Gaiman said.

When Sheen Switched From Playing Crowley to Aziraphale

While both Sheen and Tennant have suggested to Gaiman that he write a Good Omens stage play so they can swap roles each night and have each read the drunk scene (both parts and narrator), Sheen was meant to have played Crowley in the first place. Gaiman wrote the scripts with him in mind in the role, until the middle of Episode 3, when Crowley walks down the aisle of the church, hopping as he’s walking on hold ground. That’s when he thought of David Tennant. That led to what Gaiman called “a really, really awkward dinner” with Sheen worried about breaking it to him that he wanted him to play Aziraphale and the actor wanting to tell him he wanted to play the angel — until they realized they were on the same page.

The Zoom Call We’d All Love to Be Part of

Meanwhile, Sheen Zoomed in at the end to answer some fan questions. He joked that he was hesitant until they told him he’s “the star,” noting that his name is on-screen a second before Tennant’s in Season 1. Tennant then joined and said he was told he’s “the star,” before adding “I’m the Doctor.” Jon Hamm (Gabriel) then joined, and while he wasn’t told he was the star, he was told he has “the most brand recognition in America.” When it came to returning for a second season, they’d heard about the potential of more stories to tell at the end of the first. “How could you say no with Neil at the helm and Douglas and to get to be able to work with Jon Hamm again?” Sheen asked. (And then this anecdote from Gaiman really made us wish we could see footage: Sheen, who’s an amazing mimic, “doing a pitch-perfect David Tennant as Crowley” saying awful things about Aziraphale and Sheen.)

As for the fans of the book, “mostly we seem to not have broken their dreams but only enhanced them,” Tennant said.