‘Virgin River’: Benjamin Hollingsworth on Brady Letting His Guard Down With Brie

Brady (Benjamin Hollingsworth) is still in some serious trouble, but he definitely ends Virgin River Season 4 in a much better place than he started.

After all, he’s a free man, no one thinks he tried to kill Jack (Martin Henderson) — that was Vince (Steve Bacic) — and things seem to be going well with Brie (Zibby Allen). Sure, Brady and Jack haven’t talked, and there’s the matter of the inevitable love triangle — given Mike (Marco Grazzini) and Brie’s relationship in the books — but things could be worse … right? Well, that’s where Melissa (Barbara Pollard) comes in, taking over Calvin’s (David Cubitt) operation (and “demoting,” a.k.a. killing him) and forcing Brady to play an active role in the drug distribution.

Hollingsworth takes us inside Season 4 and teases what’s next for Brady.

How’s Brady feeling about his and Brie’s relationship? He does worry their happiness won’t last…

Benjamin Hollingsworth: Yeah, you’re right. I think Brady protects himself from things that he’s afraid of and I don’t think he’s afraid of much, but I think he’s afraid of love and it’s mostly because he’s never experienced it before. As we often are afraid of the unknown, that’s natural that Brady would be afraid of love and what it could potentially do to him. And so I think some of his defense mechanisms are to believe it’s not happening or to kind of put his expectations at a very low level, so he doesn’t get hurt, kind of almost in denial that he’s so in love with this woman. I think that at the end of the season, he’s starting to let down some of those guards he had put up and is really optimistic about his relationship with Brie.

What can you tease about Season 5?

I think it’s bigger and better than any of the seasons we’ve done yet. We’re doing some really ambitious stuff that you’ve never seen on Virgin River before. There’s a really big episode for Brady that’s gonna be a lot of fun for me to play. I imagine there’s gonna be some friction between Mike and Brady as it seems like Brie and Mike have become closer and closer. I would expect there’s gonna be some sort of reconciliation possibly between Jack and Brady now that he’s exonerated, but you’ll have to wait and see. I was going to say — Brady and Jack really need to talk to each other rather than Brie being stuck in the middle. What will it take for that to happen?

Both of them are pretty stubborn in their ways and I think it would probably be a bit of backchanneling that happens with Brie. That’s the common link, right? It’s Jack’s sister and it’s Brady’s love. And so just even out of a responsibility to that person, if they were to request that, I think that would be something that would probably at least get them in the same room.

And what do you think it’ll take for Brady and Mike to get past their issues?

I don’t even know if that’s possible. [Laughs] I think it might take a miracle, especially if Mike starts to get any closer to Brie. There’s some things that he just won’t stand for. If Brady had seen all the scenes that the audience got to see in Season 4, I’m pretty sure he would be at Mike’s doorstep.

How is Brady and Brie’s relationship in Season 5? Mel (Alexandra Breckenridge) and Jack are getting married and that could come up for them…

Marriage for Brady, I imagine, is a pretty big step and that commitment, too, for a guy like Brady who very much is independent — and Brie as well. Both of them are very strong individuals. For them to go down the aisle, I think we need to see Jack and Mel get married first. 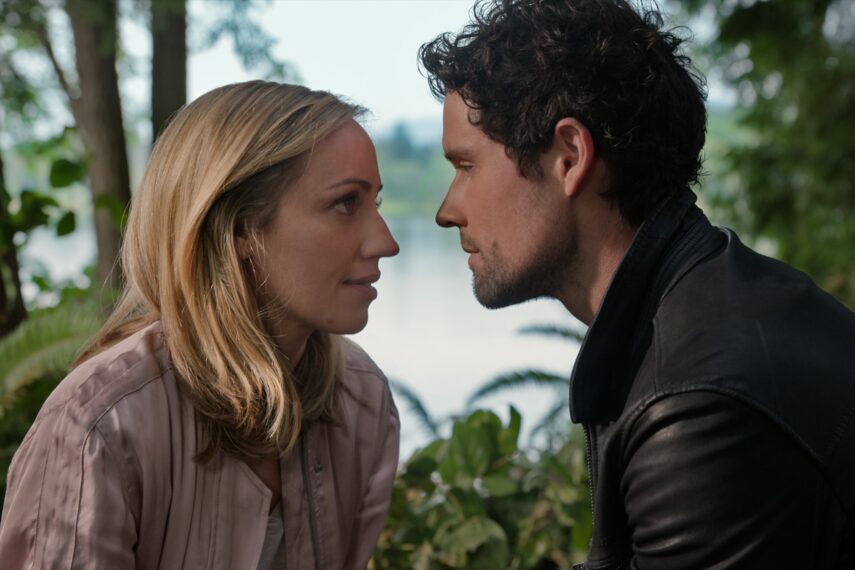 Then there’s Don (James Kot) showing up and Brie planning to press charges. Brady is trying to do what Brie wants regarding that situation, with that talk with Mel, then Brie after. How would the Brady at the end of Season 4 react to hearing about Don showing up like he did? Would he be more mature about it than he would’ve been in the past?

I think him taking the time to go to Mel and have the discussion about what’s best to support Brie shows that he is changing, he’s developing and maturing as an individual and not just reacting on impulse. I’m sure there’s a huge part of him that wants to track him down and teach him a lesson. But I think that Brady also understands that this is not about him and it’s more about what Brie needs and wants and because Brie comes from a legal background, she understands that probably the best way to handle it is through the proper channels. And I think Brady now has matured enough that he would respect that.

What can you say about how much Brady is involved in that going forward?

We saw Brie wanted to handle things herself. So that’s something that Brady has to accept.

Yeah. I think that’s something that they’re gonna have to navigate as a couple. Like I said, I think he’s starting to mature and respect her wishes simply because he loves her and is willing to do anything for her. So if that means letting her handle it the way she wants to handle it, I think he’s gonna do that. Calvin’s dead, but Melissa seems so much worse and she’s put Brady in a situation he can’t get out of unscathed. How’s he feeling about what’s going on there?

I think he’s feeling like he’s between a rock and a hard place. I think it’s a really difficult situation that he always seems to find himself in. Brady’s always getting into trouble and can never really catch a break. I think that’s gonna be the real delicate dance for him going into Season 5 is to try and keep Melissa happy while also trying to stay out of trouble. I know Brady doesn’t want to go back to jail. I think he doesn’t want to be a part of that world anymore. And so he’s gonna have to find some way out of it.

He was so adamant about not doing the drug part of the operation and he tried so hard to stick to that.

Yeah, absolutely. So we’ll see what happens in Season 5.

That was shocking, wasn’t it? So who knows what she’s up to. I can tell you it’s not anything good.

Do you think that could help bridge the gap between Brady and Jack, if Brady helps Jack there and maybe can warn him?

Plus, actress reacts to that finale twist.

What are your hopes for Brady in Season 5?

It would be great to see him have a reconciliation with Jack. I think it’s long overdue. I would also love to see him reintegrate himself into the community of Virgin River and to depart from living on the fringe of the town and being kind of an outsider, to see him show up more at the community events. We started to see that when he showed up at the wedding.

And the Renaissance Fair!

Yeah. I’d like to see more of that. Not just the outside part of it, because he was there, but he wasn’t really a part of the same kind of festivities that everyone else was, but to really start to see him as a part of a community, but not lose a sense of what makes him Brady, which is his kind of bad boy persona, that he runs by his own rules. I still think it’s important to keep him in that world.

He’ll never completely dress up — as he did with the renaissance fair, he put on the hat for Brie and that was it.

Yeah. It was only because she made him. [Laughs]