If I had to be stuck on a deserted island, there’s no one I’d rather be trapped with than the ladies of The Wilds. The Prime Video series about a fake plane crash is back for Season 2 on May 8, and manages to keep up the same level of tension that made Season 1 such a binge. Delving into the first season finale’s twist that not only are the girls “stranded” on an island as part of some sick, well-funded experiment but there’s a second island populated with a group of boys, this mystery box show now unpacks more of its vast puzzle for us. And unlike Lost (this is certainly one of the more successful Lost-inspired shows—looking at you, La Brea), The Wilds is better at periodically doling out answers to its many questions, keeping us simultaneously satisfied and hungry for more.

It’s impossible not to compare The Wilds to the other current show involving a plane crash and a group of teenage girls, despite the fact that the series are very different with their own specific vibes. But while Showtime’s Yellowjackets is about teenagers being torn apart (ahem, cannibalism) by the most horrific circumstances, The Wilds is about how a set of girls, mostly strangers to one another, come together.

Indeed, that’s the theme of this round. The previous season ended with the massive cliffhanger of Rachel (Reign Edwards) being attacked by a shark while swimming in the ocean and her twin sister, Nora (Helena Howard)—secretly a double agent for the experiment, gasp—running in to attempt to save her. We pick up right where we left off, and as the girls grieve in the wake of a tragedy, they become what Leah (Sarah Pidgeon) terms “a family.”

It turns out that watching the girls find joy and love, take care of one another, and beat back their own personal demons is just as entertaining as any of the strife that dominated Season 1. Watching formerly-in-the-closet Shelby (Mia Healey) and Toni (Erana James) explore their fledgling romance is a highlight, as is the unexpected friendship between Leah and Rachel, who bond over their mental-health struggles. Even just small wins, like convincing mother hen Dot (Shannon Berry) to take a day off and relax, are so rewarding. There’s still plenty of bickering, work to be done, and danger to be faced—whether Martha (Jenna Clause) and Nora are still alive in the post-“rescue” timeline is one looming mystery—but the group displays real unity this season. In a strange way, they’re happy.

Things couldn’t be more opposite in the boys’ camp, which is plagued by violence and ego. It’s revealed early on that something catastrophic happened to have gotten them “rescued” early. As we wonder what it is, the sociopathic Dr. Gretchen Klein (Rachel Griffiths) and her associates running the experiment also try to find out as they, like last season, interrogate their subjects. The show flips this season between the girls on their island, the boys on their island, flashbacks to the boys’ backstories, and the post-“rescue” facility.

This season’s main flaw: It’s spread thin—inevitable but unfortunate. The timeline on the boys’ island moves much more quickly than it did on the girls’ island, and the result is that we don’t live and die with every development, and the relationships between specific characters remain surface-level. The flashbacks especially suffer. In contrast to the extremely specific girls’ backstories depicted in Season 1, these remain more vague, some merely implying the struggles these guys have gone through. For example, it’s only mentioned that Scotty’s (Reed Shannon) family used to have money and now live in poverty. Of all of them, Seth (The Society’s Alex Fitzalan), who immediately emerges as a leader due to his deceptively positive attitude, feels the most like a big chunk of his story is missing, which doesn’t do his character any favors. The series does an admirable job of juggling all the different balls it has in the air, but it is slightly less focused, and thus less impactful.

The person at the center, though, is still Leah. On the island, she continues to search for proof of a conspiracy behind the plane crash and tries not to let her obsession unravel her (with varying degrees of success). In the “rescue” facility, she enacts her plan to make contact with the boys, having discovered in the final moments of the Season 1 finale that they’re also part of the experiment. She is dogged in her determination to prove what is happening and gain freedom. None of this would work if Pidgeon wasn’t giving an immensely strong performance, ranging from manic to resolute, her large expressive eyes conveying volumes in every frame.

In putting together pieces of the puzzle, Leah is the key, and a number of twists are in store, as only this show knows how to give. Some of them already populate fan theories, others are shocking but fit into the show’s perfectly constructed framework, and one calls back all the way to the pilot, upending what we thought we knew. It shouldn’t be any surprise that the season ends on a massive cliffhanger—a perfect lead-in to a third season. All I can say is that Prime Video had better renew this addicting thriller, lest we remain in agony forever waiting to find out how this saga ends. 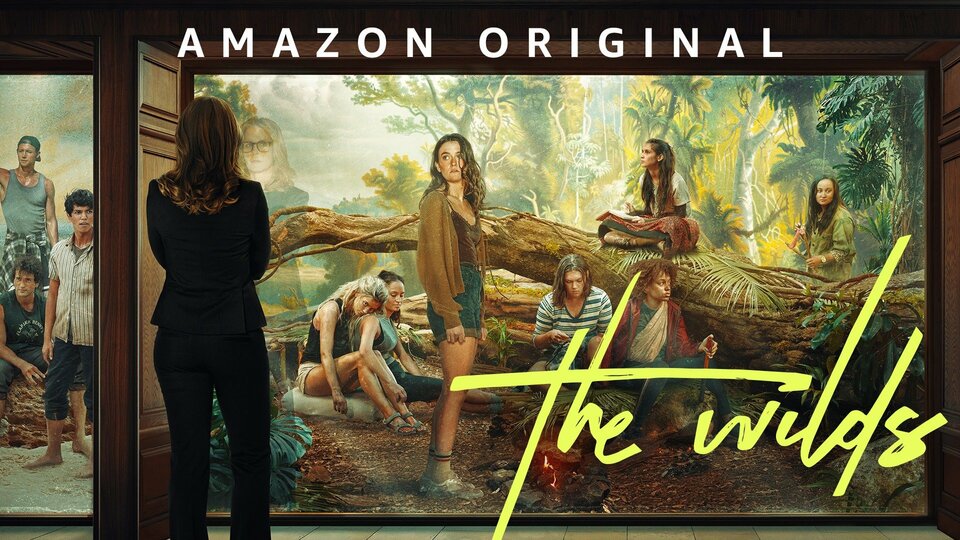