The Nancy Drew-niverse’s spinoff Tom Swift wastes no time in telling us what’s hot, and that is just fine by us! TV Insider has an exclusive look at new photos from the Tian Richards-led series, set to debut Tuesday, May 31.

First introduced in Nancy Drew’s Season 2 episode “The Celestial Visitor,” Richards stars in the slick new mystery as the gay Black billionaire inspired by the classic literary character. His entire family has been on the front lines of high-tech inventions and, in the pilot, a shocking tragedy sends Tom’s life into a spiral.

Before you can say “sick footwear, fast cars, and fashion to die for,” Tom and his Swift Squad—best friend and business savant Zenzi (Katy Keene fave Ashleigh Murray), trans ex-Army Ranger bodyguard Isaac (Marquise Vilsón), and AI assistant Barclay (voiced by LeVar Burton)—are up to their swag in sci-fi conspiracies, unexplained phenomena, and an Illuminati-type organization with no time for Tom. Along the way, we also meet Tom’s mother, Lorraine (April Parker Jones), and Rowan (Albert Mwangi), a member of the security team for a Congressman linked to the Swift empire. Cocreated by Nancy Drew’s Melinda Hsu Taylor and Noga Landau, with writer Cameron Johnson, Swift shares the same sort of snappy dialogue and intriguing characters but has a totally different vibe. If the the Kennedy McMann-starring thriller that’s headed into its fourth season is more spooky campfire tales in the woods, Swift is like a Dan Brown novel with actual diversity and LGBTQ representation.

And did we mention the clothes? Because damn, they are as hot as the sparks coming off Richards in that picture above. 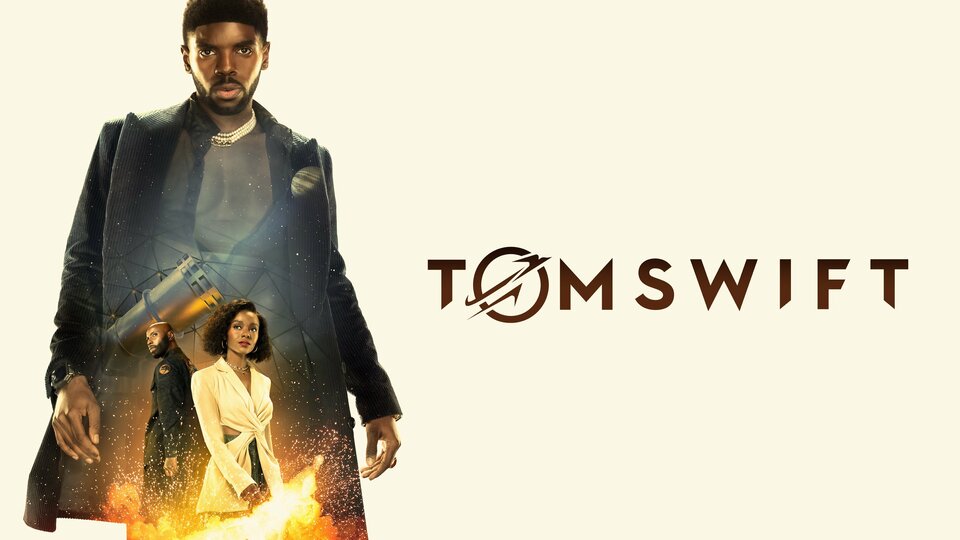