While viewers stateside will have to wait until Season 3 premieres on Netflix, Channel 4 is giving them a taste of what to expect when it finally does arrive with a special clip featuring Neeson’s guest appearance. For those less familiar with the half-hour comedy, Derry Girls follows a group of friends in Ireland during the Troubles in the 1990s. 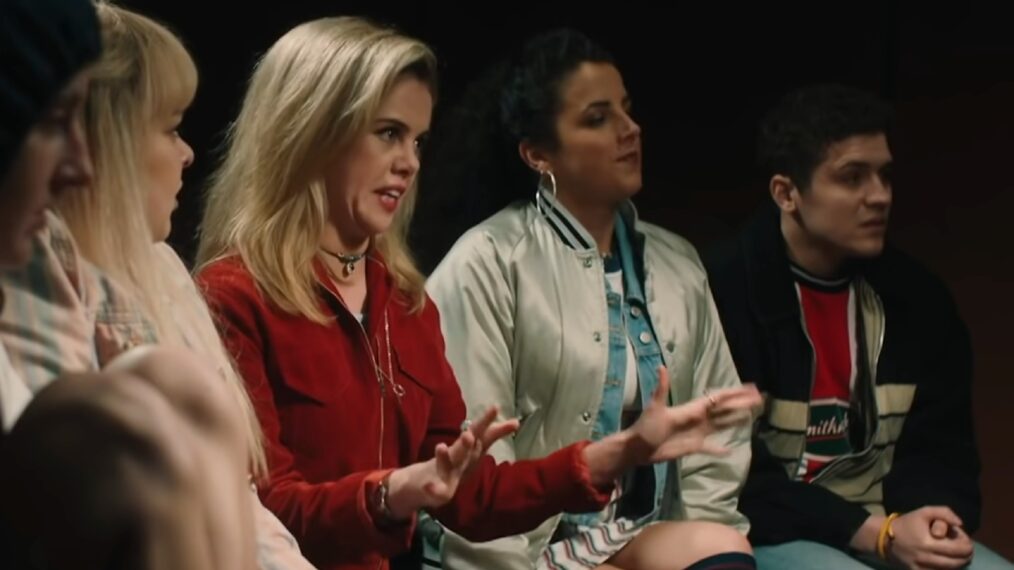 In the scene from the show’s Season 3 opener, Neeson plays an authoritarian figure who is questioning the group of pals at the center of this series. The Oscar-nominated actor portrays an RUC (Royal Ulster Constabulary) Officer, a nod to Northern Ireland’s police force of the era.

“OK ladies, I’d just like to ask you a few questions,” Neeson’s officer says, sitting at a table across from Erin (Saoirse-Monica Jackson), Clare (Nicola Coughlan), Orla (Louisa Harland), Michelle (Jamie-Lee O’Donnell), and James (Dylan Llewellyn). It’s clear this group has found themselves in hot water, the question is, why?

The hit U.K. comedy set in 1990s Northern Ireland during The Troubles will air its third and final season later this year.

It seems that they’ve been taken into custody regarding suspicious activity on the grounds of Our Lady Immaculate College. This is the school where Erin, Claire, Orla, Michelle, and James all attend classes. What ensues is a hilarious debate over what to do next and how to answer the officer’s questions.

Check out the hilarious clip, below, and regarding viewers in the U.S., stay tuned for Season 3 of Derry Girls and Neeson’s appearance when the show arrives on Netflix.