Christmas gets a fresh coat of cozy when TV home-reno host Sam (Jana Kramer) reluctantly reunites with her ex Coop (Ryan McPartlin) over the holidays to restore their hometown’s storm-damaged inn in The Holiday Fix Up. Can they also repair their broken hearts? Kramer opens up about the possibilities in the video interview, above. And below, fined a how-to list for getting the job done right.

1. Knock down those emotional walls.

Despite a messy split, Sam and Coop can’t gloss over the fact that they still think about each other. “A lot of those old feelings come up, the questions that were unanswered,” Kramer says. “There’s no better time than the holidays to open that can of worms!” 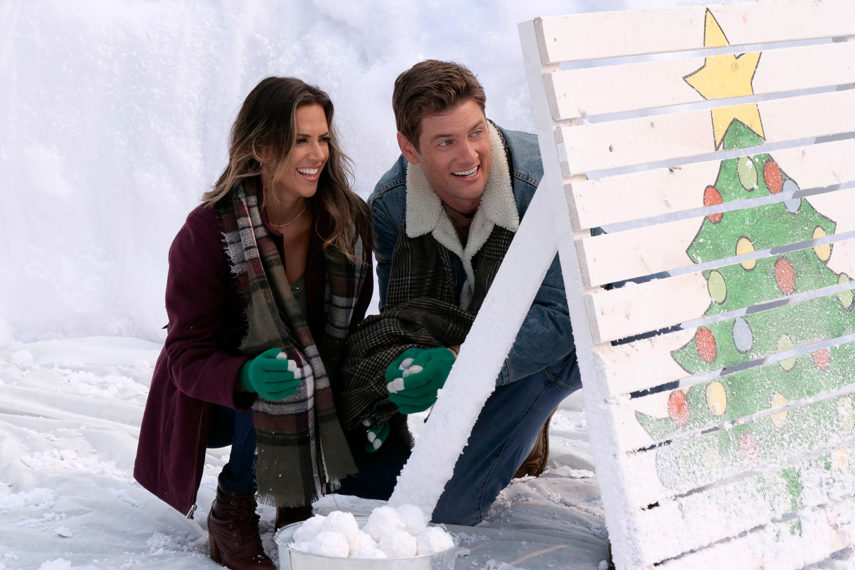 2. Get creative with materials.

Since Fix Up was shot in Connecticut during the summer, the film’s epic snowball fight (dramatic slo-mo!) required a mix of machine-made snow, foam, and “whatever diapers are made out of,” McPartlin shares. The 85-degree temperatures had the holiday movie veteran feeling the heat: “They had to keep the fans and the blow dryers going — the race against the sweat is always the toughest part.”

Family is at the heart of Lifetime's new Christmas flick, in more ways than one.

McPartlin handpicked his pal Maria Menounos to play his sister. He also ended up writing a romantic new song, “Second Chances,” with his buddy Kristian Bush (of Sugarland fame) and country artist Kramer, who sings it. “Turned out I wasn’t so bad at the lyrics!” the first-timer says. “It’s just my favorite thing ever.”

The Holiday Fix Up where to stream

The Holiday Fix Up