‘Y: The Last Man’ Boss Promises a ‘Fun & Propulsive’ Season 2 If Series Is Picked Up

[Warning: The below contains MAJOR spoilers for the Season 1 finale of Y: The Last Man, “Victoria.”]

The November 1 season finale of Y: The Last Man may be the last episode we see. FX on Hulu recently canceled the dystopian tale, based on Brian K. Vaughan’s lauded comic books, about life after a mysterious virus wipes out all humans and other mammals with the Y chromosome except for a self-professed escape artist named Yorick Brown (Ben Schnetzer)—and his pet monkey.

TV Insider spoke with executive producer Eliza Clarke, who was hoping for five seasons to tell the story that took Vaughan 50 issues to complete. Here, she breaks down the season (and possibly series) finale, opens up about her plans to find another outlet for the show, and spills on what she has in mind for a possible second season.

What reason were you given for Y: The Last Man‘s cancellation? (The announcement was made with several episodes left to run.)

The unfortunate thing was that COVID created a problematic timeline for the show. There was a previous version of the show that I wasn’t involved in, with a bunch of actors ready to go…. When I came on, COVID hit, and we had to push back another five months. FX was in an unfortunate position of having to make a decision about [renewing] the show without a lot of data. I don’t think it was a creative decision, and FX really liked our Season 2 pitch, so I am optimistic about our ability to find another home for the show. There’s so much more story to tell.

Have you talked to any platforms or networks?

We’re starting to have those conversations this week. The trio is on the road heading to rendezvous with the Culper Ring, Agent 355’s mysterious [employer]. Over the course of the season, through her friendship with Yorick and budding romance with Dr. Mann, she’s started to question whether the organization she had spent much of her life in is a force for good or for evil. As she starts to become a new version of herself, they’ll try to get their hooks in her again. We know that the Culper Ring has Jennifer in their clutches already, as well as Beth [Julianna Canfield], the missing girlfriend Yorick’s been searching for, and his friend [transman] Sam [Elliot Fletcher]. Beth had broken into the Pentagon with a group of anarchists to overturn the system, but couldn’t go through with it and saved Jennifer’s life. After Regina [Jennifer Wigmore] was shot [trying to usurp the presidency], word gets out [wrongly] that President Brown was killed and the government has fallen.

Why did you include an Old West-type shootout when the Amazons, a violent, man-hating cult, attack the peaceful—but armed—town of escaped prisoners?

It was fun taking this super masculine genre, the American Western, and subverting it for these new kinds of heroes and villains. Nora (Marin Ireland), a former White House spokesperson with the Amazons, heard of this town with electricity and other resources and possibly a male survivor. She wants them.

If the series is picked up, where would a second season go?

What could happen with the main characters?

There’s the promise of potentially reuniting Yorick and Beth. But what’s exciting is that all these characters on different tracks now know about Yorick’s survival. The noose is tightening around his neck and he, 355, and Allison have to race to the genetics lab in San Francisco while all these forces are after him.

Which forces? Can you name some?

[The dead male president’s very traditional daughter] Kimberly [Amber Tamblyn] believes that God has decided she should have a child with Yorick. She and Jennifer’s former aide, the pregnant Christine [Jess Salgueiro], could form the seeds of a new religion centered around this idea of a survivor of this apocalypse who can make them mothers again. The Amazons are also on the move. Under Nora, who killed their murderous leader, the group looks very different. Nora was always the person behind the man and she never got the cred. That’s the anger inside her. It’s hardened her, but it also becomes a kind of superpower.

How would Yorick, who started out feckless and immature, continue to evolve in this dangerous world with a target on his back?

In the pre-apocalypse world, he was kind of aimless. Unlike Beth, he didn’t have much ambition, and he felt he mattered only as long as he was her boyfriend. This season he dealt with survivor’s guilt because he knew that he’s an unimpressive guy. He’s begun to grow up a lot and trying to figure what he as a survivor can do for other people. At season’s end, he told 355 he wanted to be a contributing member to their mission, not just a piece of cargo. Season 2 would show a different Yorick, who may become a hero—but he definitely doesn’t start that way. What’s next for Hero (Olivia Thirlby), Yorick’s sister, whom her mom has called “selfish, self-destructive and cruel”? After a difficult first season—she accidentally killed her married lover before the catastrophe—she’s become an Amazon. She did show kindness and bravery and save her brother and his companions from her tribe.

Hero’s an addict. She’s certainly proved herself selfish this season, but she doesn’t like herself very much. What she needs is a chance to really grapple with the bad things that she’s done and find a way toward redemption. Part of what the show is saying is that redemption is something that is possible, and that is a worthwhile project. People are not solely defined by the bad things that they’ve done.

There is, of course, the overarching existential question hanging over the world, no matter how peaceful: How will the species continue when only one man with a Y chromosome lives? What could we expect in a Season 2 and beyond about solving this seminal problem?

If the first season depicts the immediate aftermath of an apocalyptic event, the second season will delve deeper into the mystery of how Yorick survived and what can be done to save the world. We’ll find out more about what went wrong with the Y chromosome and how Dr. Mann might be able to fix it. Throughout their journey, Yorick, 355, and Dr. Mann will continue to encounter groups of people who have different explanations for what might have happened and why, [explanations that range from the scientific to the spiritual to the mystical]. 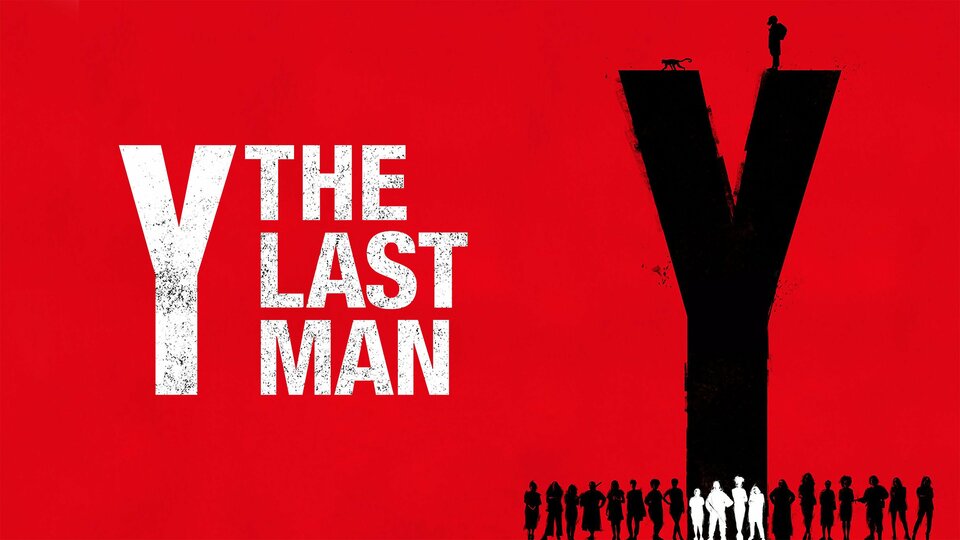