This Halloween, Skip the Reboots and Watch ‘Fear Street’ Instead

Teen slashers are having a moment. Between the reboots (Slumber Party Massacre), sequels (Halloween Kills, the upcoming Scream this January–the only title listed here not scheduled for October), and TV adaptations (I Know What You Did Last Summer), there is clearly a thriving market for this genre of horror. The appeals of these films tend to be the ability to blend thrills with humor or camp, the history of either playing into or upending the tropes, and, most of all, manifesting all of that teenage angst into top-notch scares.

But, while we’re drowning in franchise fare, there are some original films to delight in. Freaky is an effective horror-comedy that had the misfortune to debut when theaters were still closed in many parts of the country in November 2020 (it’s currently streaming on HBO Max and I highly recommend giving it a watch). Truly elevating the genre, however, and updating it for modern audiences, is Fear Street on Netflix. If you’re looking for really fresh horror scares to dive into this Halloween, you absolutely couldn’t do better than this impressive and dynamic trilogy.

Directed by Leigh Janiak, Fear Street’s three films premiered last July over the course of three weeks, and tell a sprawling story throughout multiple decades–and even centuries–that connect events and characters to form a complex and detailed puzzle that is sure to satisfy audiences with how it all fits together. Fear Street Part One: 1994 follows Deena (Kiana Madeira) and Samantha (Olivia Scott Welch) as a Romeo-and-Juliet style couple. Deena, is openly gay and lives in the poverty and tragedy-stricken Shadyside, while closeted former girlfriend Sam has recently moved to the neighboring affluent town of Sunnyvale, and attempts to pass as heterosexual by dating the local, dumb football star. When the two seemingly incur the ire of the spirit of the local Shadyside witch Sarah Fier, who was killed in 1666 and has been known to make people in the town snap and go on a killing spree, they have to figure out how to survive. This central storyline of Sarah Fier anchors all three films, and as we reach back further and further in time, culminating in Part Three: 1666, to figure out what happened to her, the question remains, can Deena and Sam escape Sarah Fier in the present (aka 1994)?

Fear Street is not unaware of the shoulders of past slasher flicks on which it stands. Like Drew Barrymore’s function in kicking off Scream (1996), Stranger Things star Maya Hawke is probably the most famous person in the cast, and her character Heather is stabbed to death by a man in a skeleton costume in the opening scene of Part One. It even has a little bit of that patented Scream meta-quality as the cheeky Heather works in a bookstore selling horror novels. And if Part One is following in the footsteps of Scream, then Part Two: 1978 is certainly reminiscent of Friday the 13th (1980), as it takes place at a summer camp (starring Hawke’s fellow Things star Sadie Sink).

Fear Street is not just trading in nostalgia, though. It has its own unique tone, and every chance it gets either subverts or deepens classic horror tropes. While many slashers center around either a heterosexual couple or a virginal girl who is deemed worthy of surviving, some flicks poke fun at this story structure, including Scream and Final Girls (2015). Fear Street however, takes this quite a few steps further, by making its core couple gay. While Deena and Sam dodge zombie serial killers in the ’90s, over in the 1600s, Sarah and her secret lover Hannah Miller (also played by Madeira and Welch, respectively) run from an entire town as their homosexuality is blamed for a curse the town is experiencing. While the actors from the first two films repeat themselves due to Deena having this vision of what happened to Sarah, there is also the clever subtext of history repeating itself. At the end of Part One, having survived the night (for the moment), Sam is finally able to find the courage to be in an open relationship with Deena. I guess after fighting off undead assassins, coming out of the closet isn’t so scary anymore.

In this way, Fear Street is like any great horror movie–using entertainment and allegory as a vehicle for social commentary. If Get Out (2017) relayed the dangers of performatively liberal but dangerously racist white folk, then Fear Street is a take-down of the patriarchy and capitalism. The movies’ greatest twist is that it hasn’t been Sarah Fier who’s been terrorizing Shadyside at all. Midway through Part Three comes the thrilling title card: Fear Street 1994: Part 2. That’s right, we’re back in the ’90s to finish up business.

As Deena so eloquently explains, Sarah wasn’t a witch, she was merely the scapegoat. The real menace of Shadyside is none other than Sheriff Nick Goode (Ashley Zukerman). His ancestor Solomon Goode (also Zukerman) made a deal with the devil to make his crops thrive, and the first-born Goode men have been carrying on the tradition ever since. Goode gives the devil a name, the devil makes that person be overcome with murderous rage, and the devil feeds on the blood of those killed. In return, the Goodes get whatever they want, and by extent, so do the people of Sunnyvale, while the Shadysiders suffer. So the villain is actually a straight white man exploiting a marginalized gay woman, who gets accused of being a witch for being different. And it doesn’t take much to infer the metaphor of the rich getting fat off the backs of the poor.

It’s a satisfying reveal, not least because in Part Two we meet a young Nick Goode (Ted Sutherland) at summer camp, who is entirely endearing. So even if you (like me) found Sheriff Goode in Part One to be suspect, the teen Goode wins us over as he bonds with outsider Ziggy Berman (a captivating Sink), helps her get revenge on the mean girl bullying her, expresses a love for weird goth stuff, and tries to save as many campers as possible. But as much as he complains about the legacy his father burdened him with, he still goes through with turning innocent teenagers into killers–something he clearly continues to enact as an adult. Similarly, Solomon earns the viewer’s trust as Sarah’s close friend, and as the person who initially tries to hide her and protect her from harm. But when push comes to shove, he chooses himself. It’s a little on the nose, but as Deena puts it in Part Three: “Goode is evil.”

Possibly the ultimate sin any movie can make, no matter how good its intentions, is being too preachy. It’s best to let the plot and writing lead the story, rather than stuffing everything into ham-fisted dialogue to convey whatever morals the movie is trying to profess. What works about Fear Street is that on a purely surface level it is highly entertaining, and yet the further you dig into it, the more you realize it has something profound to say. None of this would mean anything, if we didn’t care about the characters, and weren’t having a good time. Madeira and Welch have great chemistry as Deena and Sam, and by getting to know them in Part One, they become our couple to root for the following two films. Truly every single character has a vibrant, fleshed-out personality, and is perfectly cast across a large ensemble. This only ups the stakes as major characters in both Part One and Part Two bite the dust in spectacular fashion. Deena’s best friends, Kate (Julia Rehwald) and Simon (Fred Hechinger), having survived a major action scene at the school earlier in the film, are both killed by the zombie assassins in the film’s supermarket-set finale. Kate wins the award for the trilogy’s most memorable death for having her head pushed through a bread slicer, and it’s particularly sad since she was on a path to actually escape Shadyside via one ticket to a great out-of-town college. Ziggy (Gillian Jacobs) is fueled to nail Sheriff Goode in the final film by having watched her sister Cindy (Emily Rudd) die in Part Two. We even get to know and love Alice (Ryan Simpkins), who you may have written off as just a junkie, as she and good-girl Cindy (who feels like your more typical final girl) revive their friendship before she heartbreakingly dies.

Part Two has all the fun of campers pranking each other, counselors sneaking away to hook up, a camp-wide game of capture the flag, all while possessed counselor Tommy (McCabe Slye) murders people. Part Three goes full, unapologetically ’90s by setting its climax in a mall, as our heroes, which now include mall janitor Martin (Darrell Britt-Gibson shining in a minor role), face off against all of the past Shadyside killers and Sheriff Goode himself, complete with a neon spray paint aesthetic. Part Two and Part Three also have a killer Carrie (1976) reference. Last but not least is that mid-credits cliffhanger, as the book of spells the Goodes were using to cast their curse gets snatched from the cave by a pair of hands, giving the audience one last little thrill. These movies are a blast to watch, and once you’re having a good time, it snaps the trap shut to reveal that it’s been about homophobia, the patriarchy, and capitalism all along.

There’s nothing wrong with enjoying what feels like the millionth Halloween sequel, or what probably should be called Scream 5, but is, just to make us all confused, being called Scream. However, it’s a relief to have an exciting new set of films to give the slasher genre its own twist of the knife. It’s also maybe better suited to fully speak to modern audiences by not being a version of films that originated decades ago. The makers of Fear Street take advantage of the television style of serialized storytelling, having shot all three films back to back and released them in succession. Without having years go by between sequels, the films work hand in hand with each other; every last detail is carefully calculated to form a whole. Considering these films feel like what could be the definitive slasher flicks of our generation, it’s disappointing to see that they’re not having the same cultural impact the Scream films had in the ’90s. You have to wonder what would have happened if they’d been released in theaters like they were supposed to be, instead of being sold to Netflix due to the pandemic. So, if for some reason, your Netflix algorithm hasn’t pushed these films on you yet, let me be the one to do it. Do yourself a favor this Halloween and watch Fear Street. It’s sure to become your new horror obsession. 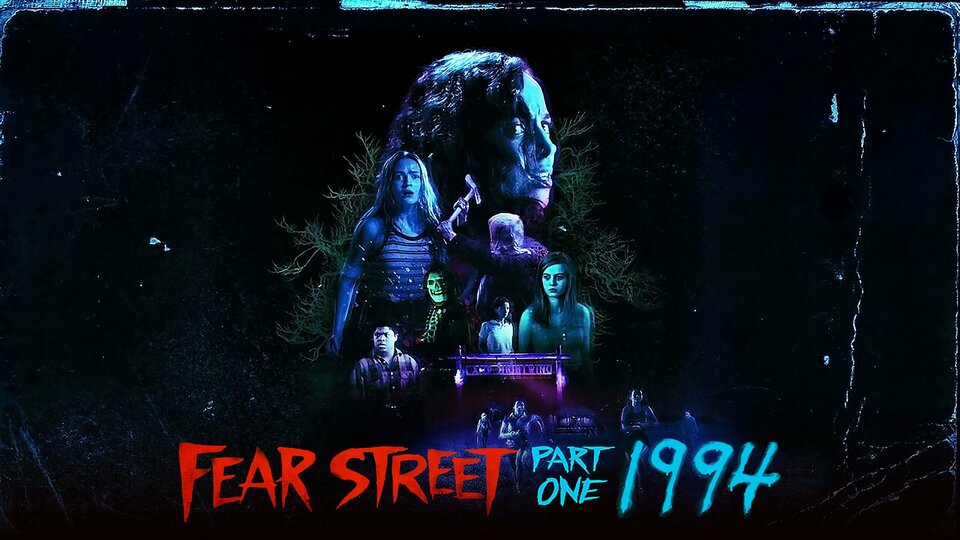 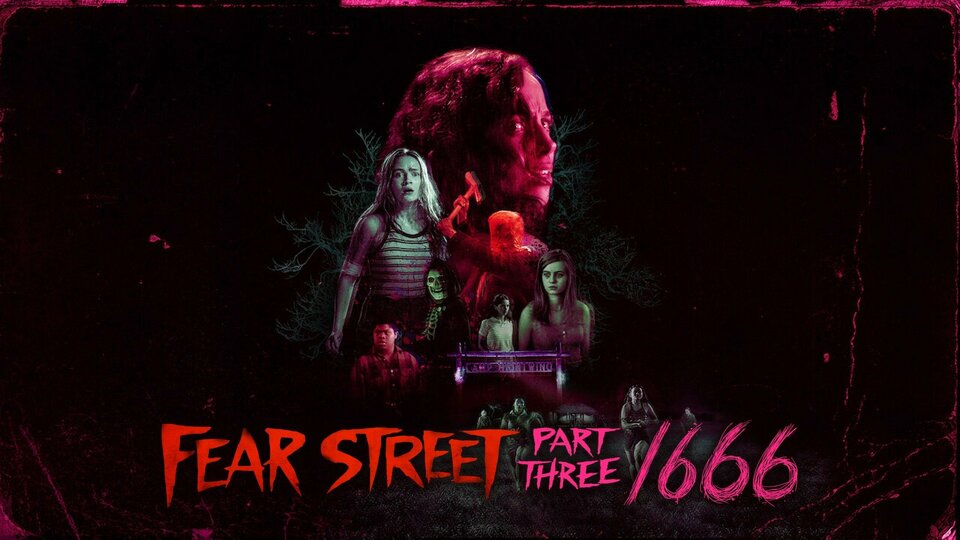 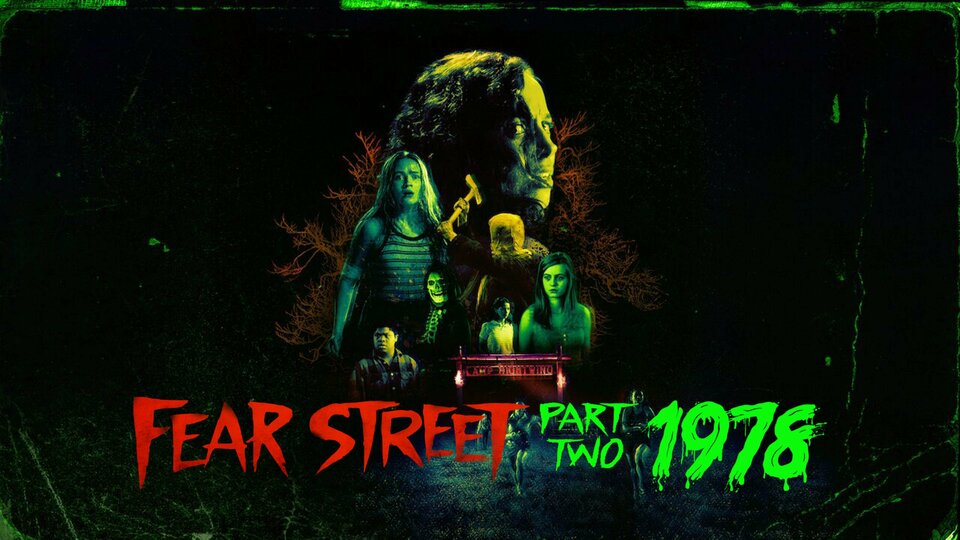