Married at First Sight is well into its 13th season, and the couples at the center of Lifetime’s reality hit are gearing up for the big one-month anniversary.

In an exclusive sneak peek at the upcoming episode, “Caution: Feelings Approaching,” Ryan is surprising Brett at a delicate time. The clip, above, teases the pair’s celebration which includes a trip to the movie theater planned by Ryan. 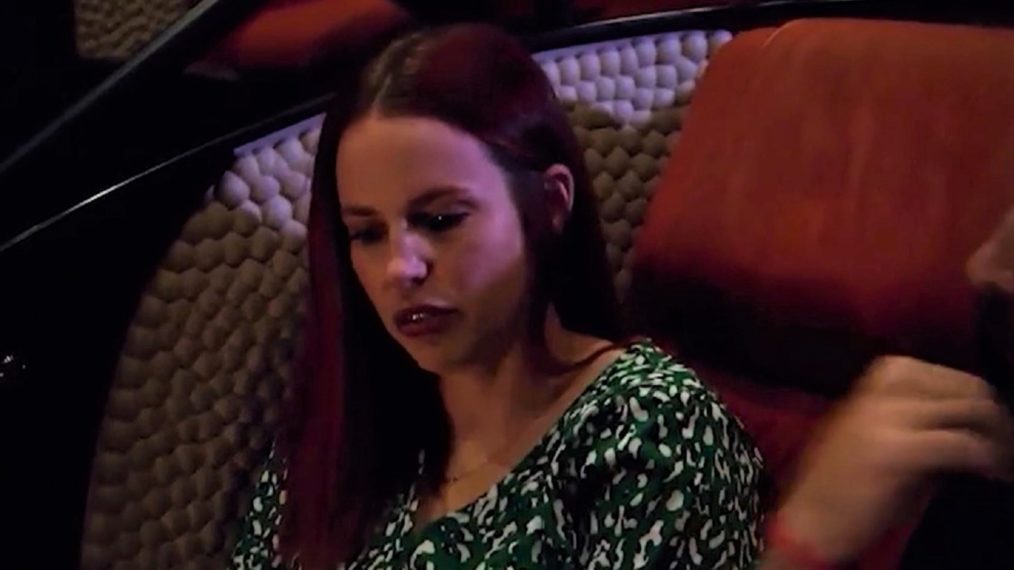 “She’s just so open about who she is,” Ryan says of his wife, Brett. “She’s such a loving person and now that we’re one month in, I have a special surprise,” he adds, hinting at the theater. But the occasion has an extra layer of somberness as it sounds like Brett is dealing with a tough decision regarding her dog Baxter.

“I just want to show her that I really do care,” Ryan continues to tell viewers as the couple situates themselves in comfy seats. Together they taste drinks and nibble on some food, but despite their differing tastes, it’s becoming clearer that this pair cares for each other.

Turning the subject of their outing to more serious matters, Ryan asks Brett, “Not to jump into Baxter talk, but how do you feel?” “I think I feel better in the sense that I’ve had more time to process,” Brett responds. Based on the context of their conversation, it sounds as though Brett’s dog is sick and might have to be put down or has died.

In a moment away from Brett, Ryan laments for his wife. “I know she’s hurting more than she’s showing,” he says. “I know that feeling and it sucks cause I always want to protect people and especially my wife.” See how he’s supporting her in the sneak peek, above, and learn more about the situation when Married at First Sight airs on Lifetime.