Walker may have just ended its first season in August, but Jared Padalecki’s update on the classic Chuck Norris action series is already getting ready to ride into Season 2. And this time, Jarpad’s Texas Ranger Cordell Walker, having solved the murder of his wife (Genevieve Padalecki, the actor’s real-life spouse), will be facing a new mystery that’s just as close to home.

Days before production started back up again, TV Insider chatted with the actor from his home in Austin, Texas, where he offered up plenty of intel about the upcoming case, as well as an update on a potential Supernatural reunion with Jensen Ackles. Above is just a sampling of the convo, which was conducted for TV Guide Magazine’s current Returning Favorites issue, but since the #WalkerFamily is so damn fine, we’ve decided to share some more of that content with you here. Enjoy!

Where do we begin in Season 2?

Padalecki says that the story will “pick up a couple months after the finale, and Cordell’s been home, spending a lot of time with his brother, Liam (Keegan Allen), his son and daughter (Kale Culley and Violet Brinson) and his parents (Molly Hagan and Mitch Pileggi).” And even though Cordi will be back full-time on the job, he promises that “we’re going to see a lot more of the personal and family side of the Walkers this season.”

Now that Emily’s death is resolved, does that mean no more Gen?

Come on, you think he could fire his own wife?! “We will see her,” he reveals. “We’ll still have happy flashbacks, but I don’t think the ghost of what happened to Emily will haunt Cordell. She won’t be there as his conscience.” Since Liam’s political rival Stan Morrison (Jeffrey Nordling) was gravely injured by a sniper after Walker busted him for Emily’s death, is Liam the new district attorney?

Apparently, it’s not that simple. “Technically, the election is null and void. Liam is in a situation where he’s not sure, after everything, if it’s even what he really wants. He’s questioning [whether] there’s a better way to positively affect the city of Austin and its inhabitants.”

It was hinted that maybe the Del Rio crime syndicate was actually after Walker instead of Stan. What does that mean for Walker’s partner, Micki (Lindsey Morgan)?

“That puts her in danger too,” he offers. “Yeah. Micki is committed to finding out who’s trying to kill her partner.” When the show returns, we’ll find out that she’s been working undercover within the organization. 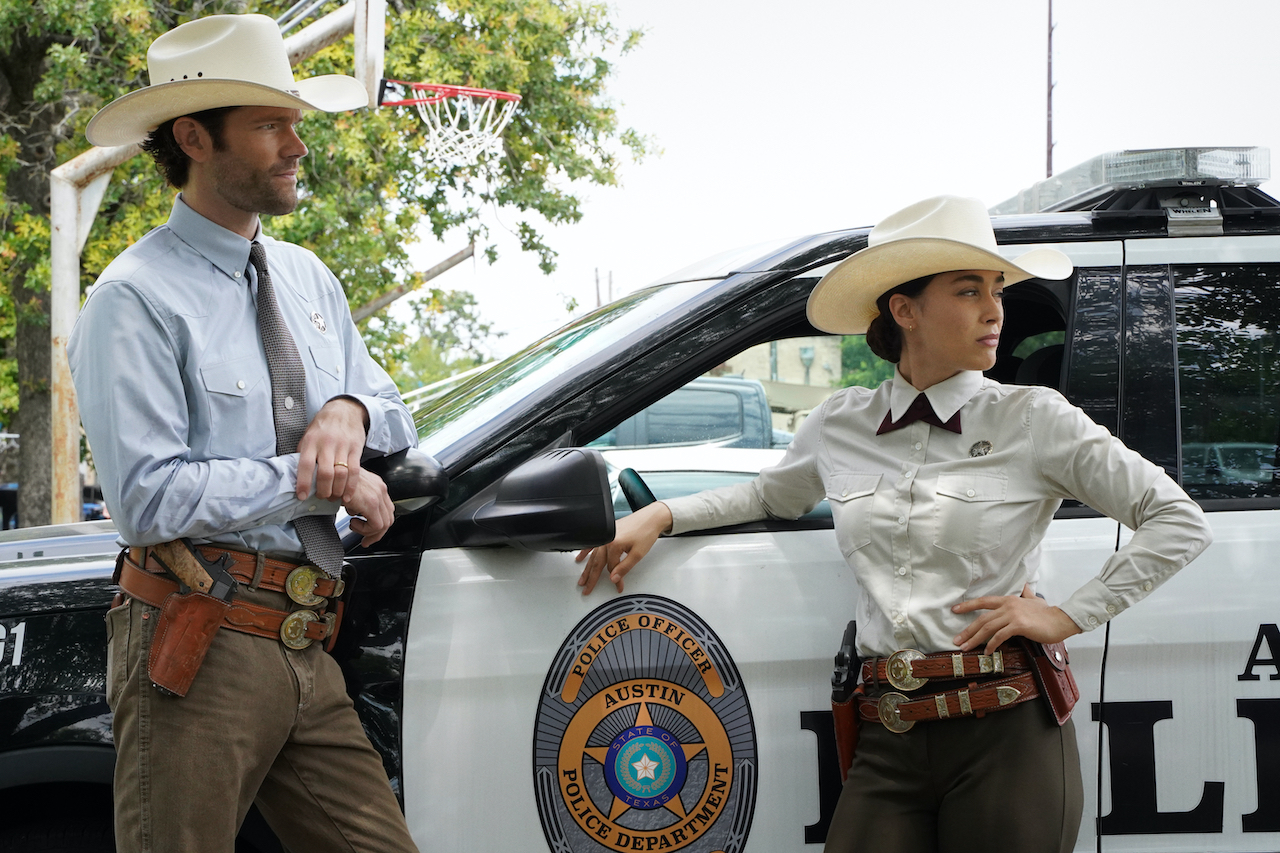 Have they figured out how to get Jensen Ackles on the show yet?

This is the news that’s already got fans’ Twitter timelines in a tizzy! “Well, he’s set to direct this season,” Padalecki told us of his beloved fellow Winchester. “He’s still in Canada right now. So we’re working [on it]. It just depends on, A) when he’s back in the damn country, B) when he’s back in the state and the city, C) when he’s not working on something else, and D) really what kind of cool role it would be to have him. My wish… did you ever see the Maverick movie with Mel Gibson? He runs into Danny Glover in the bank, and they look at each other, kind of like, “Nah.” I want at least one of those moments.”