Seemingly overnight, sisters Charli and Dixie D’Amelio went from everyday teens to TikTok superstars and budding entrepreneurs. Now, the viral sensations, along with parents Heidi and Marc, are further sharing their life in the new Hulu docuseries The D’Amelio Show. Cameras follow the D’Amelios as they make a cross-country move from Connecticut and chronicle how their increasing fame has impacted their family.

Charli is one of the biggest faces on social media amassing more than 160 million followers combined. At 17, the competitive dancer is parlaying her success from ruling TikTok into other ventures. Meanwhile, older sister Dixie owns one of the fastest-growing YouTube channels. The 20-year-old is looking to jumpstart her music career. Heidi and Marc try to maintain some stability and help their kids navigate through the often shark-infested waters of the entertainment industry.

We sat down with the D’Amelio clan about stepping into the deep end of the reality realm.

Was there anyone in the family particularly apprehensive about doing this docuseries?

Heidi: It’s me. I was the last one on board.

Charli: It’s a tough decision to be so vulnerable, especially online. We see obviously firsthand the negativity that can be said so easily through a screen. I feel like it’s definitely nerve-wracking.

Dixie: I think we do a good job of sharing our story and sharing our vulnerable moments, but also protecting the things we don’t want online. [We’re] trying to make everyone happy. How would you compare having the cameras on you for this show versus filming content on your own?

Charli: It was definitely different at first. As time went on, I feel like we all got more comfortable and you eventually do forget the cameras are there, which nobody believes. You forget the cameras are there because you get to know the people behind the camera. You get so used to it, especially when you are doing it so often for such a long period of time. After two days, it starts to get so much easier, and we got more comfortable.

What do you think makes this docuseries stand out?

Charli: I definitely think there have been many reality shows, but at the end of the day, this is a docuseries. We’re not trying to cause drama and to cause fights or flipping tables or getting into arguments with each other. At the end of the day, we are documenting our journey. It’s a crazy one. I think we’re all just excited to share with everyone what it’s like doing this and being honest. And not just showing all the perfect moments.

What do you want people to walk away with after watching?

Marc: The internet can be a negative place. Showing how the comments can impact two young ladies and our whole family is part of it. You see in the first episode how some comments affected Dixie negatively. I also want people to know that we are very cognizant of how lucky we are, and with all the negative, there are so many positive and good things that have happened. I want them to see we are affected by some of the negative, [but] ultimately, I think our family bond is stronger than that. We come out in a better place as a stronger family unit.

How was it filming this during the pandemic?

Dixie: I think we’ve at least taken at least 500 COVID tests [to make] sure we’re being very safe. We also spent a lot of time at the house, which is a good and bad thing. Now we want to do a second season already because we’re doing so much cool stuff. We want everyone to see it.

The other thing about this time is [we] really got to think when we are just sitting at home together or at shoots where there are not a lot of people. We had to be careful with a crew. I think that was a time we were really keeping a lot to ourselves. So I think it will be great for people to see what was really going on behind the scenes for a certain part of our lives.

Marc: When I got a chance to watch some of the episodes, it is very interesting. I don’t know if it’s the first time, but to document the journey of this is what I think people will find interesting, and hopefully watching us go through things will help other people. Dixie: It’s definitely hard to watch yourself back and not cringe a little bit.

Charli: I think at the end of the day, the most interesting part of it is seeing our own personal growth. Seeing how far we’ve come from those first few weeks of filming to even now — it’s insane.

Heidi, you mentioned initial apprehension. How do you feel now with the first season out now?

Heidi: I’m so proud of it. I’m proud of the girls. It was always their choice to let the cameras in for some really hard moments. They should be proud of themselves for doing that because I know there are other kids, and a lot of people in general, who can relate to the struggles with anxiety, mental health. And through all of that, it’s up to us as parents to help our kids through those moments. What has the early social media response been like?

Charli: There are obviously positive and negative with anything. At the end of the day, we know we can’t please everyone.

Charli: I think you can never really be prepared, but we are so excited. It doesn’t matter what anyone else has to say because we are all proud of ourselves. 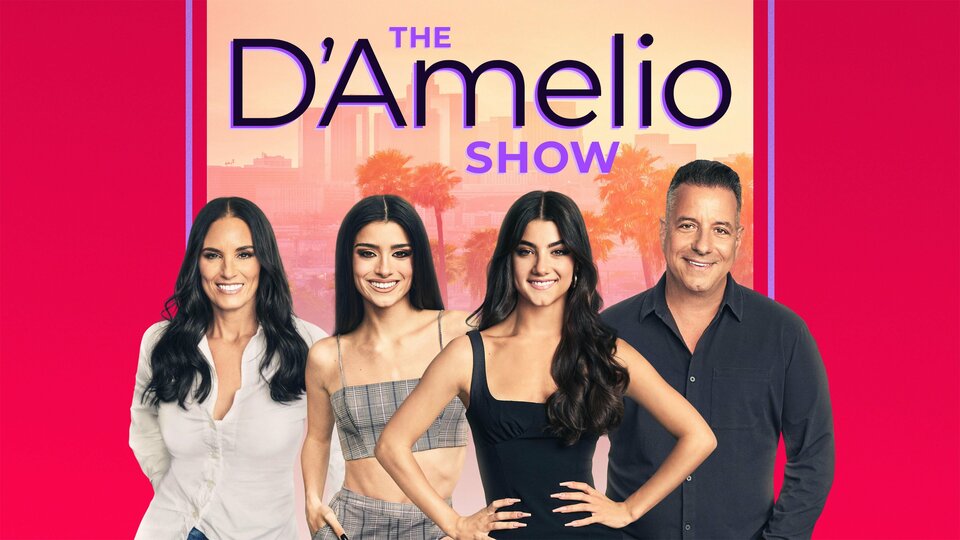 The D’Amelio Show where to stream