[Warning: The below contains MAJOR spoilers for Unforgotten Season 4, Episode 6.]

The PBS series Unforgotten said an emotional goodbye to Nicola Walker’s character in its Season 4 finale Sunday night. The London detective chief inspector, who was also the soul of the series thanks to Walker’s beautifully nuanced performance, died from injuries she sustained in a car crash, leaving her family, colleagues, and viewers shattered.

In the previous episode, Cassie’s car was hit by a speeding vehicle she didn’t see because she was physically and emotionally drained from returning to work when she’d wanted to remain on medical leave. Initially, it looked as if Cassie would pull through, but in the end, her loved ones were told that she was unlikely to regain brain activity.

Cassie’s fate may have caught viewers by surprise, but it was something Walker had discussed with the show’s creator and writer, Chris Lang. “We were talking from the beginning, really, about what he was doing with this character and this story he wanted to tell,” Walker told TV Insider. “Chris and I were always interested in looking at the cost of being involved with these sorts of cases that we all love watching on television. Cassie does not have superpowers. She’s an ordinary person who’s really good at her job, and it took her to the place of having an emotional breakdown.

“We talked a lot after Season 3 about where it was going to go, and it was a joint decision,” she adds. “I think the clues were there in Season 3. The title of the show is Unforgotten and I think there’s a great deal of narrative beauty to this woman. She’s not going to be forgotten. I felt like she was quietly very unusual on television because she was a real person.”

Cassie’s death was a blow to her father, Martin (Peter Egan), who had been at odds with his daughter over his will. After learning that he’d never speak to her again, Martin listened to the last voicemail message she left him, an apology and a declaration of love: “I will be better. I promise. And then, for however many years we’ll have together, we’ll try to get back to normal… I love you so much.” 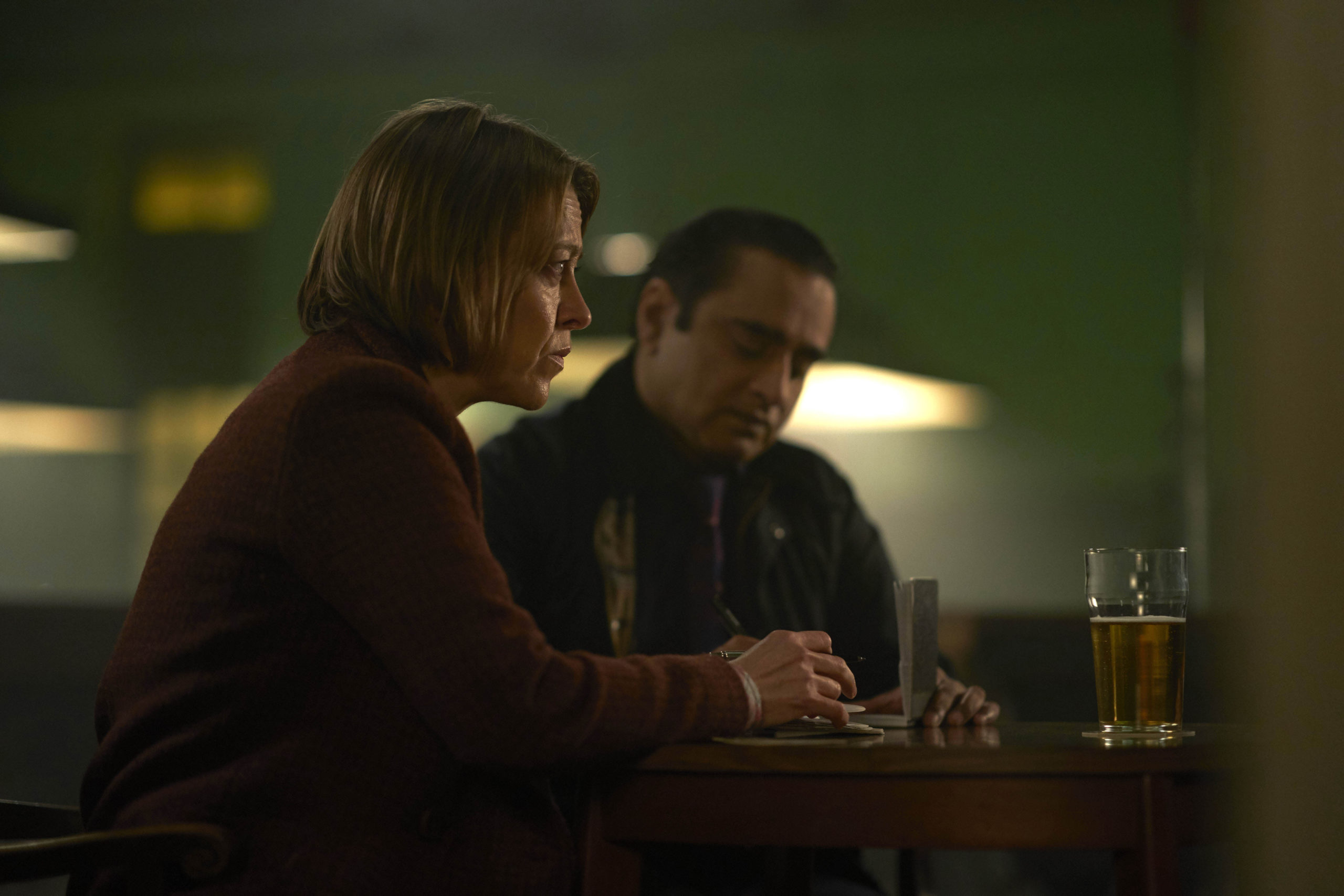 In her absence, Cassie’s devoted detective colleagues, led by Sunny Khan (Sanjeev Bhaskar), solved the 30-year-old murder of Matthew Walsh when Dean Barton (Andy Nyman) broke down and confessed to the killing because he believed Walsh murdered Dean’s own brother.

Nyman’s performance was nearly as heartbreaking as the episode’s final scenes, which show Sunny putting flowers on Cassie’s grave. Her epitaph reads, “She longest lives, who most to others gives, herself forgetting.”

Accompanying these moments was a voiceover of Sunny’s touching eulogy. “I can say without a scintilla of doubt that she was the best I’ve ever met,” he praises. “So we can be sad that we’ve lost someone we adored, and who we will miss every day, but we can also be grateful for the time we did have with her and for the impact she had on all our lives. Cass Stuart was my colleague. She was my mentor. She was my friend, and I loved her.”

It’s a sentiment Walker shares. She was sad to say goodbye to a character and colleagues who meant a great deal to her, but she did get to take a valuable souvenir from the set: Cassie’s badge.

“It’s hanging in my office,” she says. “I think that’s really all I took, but that was the most meaningful thing to me because it was around my neck the whole time. That’s what she was carrying around, this weight. It’s a really nice thing to have to remember her by.”

The loss of Cassie doesn’t mean the end of Unforgotten, however. Lang is at work writing Season 5, and although Walker may not be in it, she promises she’ll be watching.