Why Was [Spoiler] Was Killed Off on ‘Animal Kingdom’?

Animal Kingdom bid another member of its crew farewell offscreen in its latest episode, “Family Business.”

The TNT drama’s penultimate season continues and one of its newer additions is saying goodbye as Emily Deschanel‘s character Angela was revealed to be dead. Angela’s fate was chalked up to a run-in with the wrong person. When Pope (Shawn Hatosy) ran into an old prison pal, he was informed that Angela “passed away.” According to this buddy of Pope’s she was killed by a man named Shane who had beaten her to death, which would explain her not checking in with her parole officer, a detail that concerned Pope earlier this season.

Showrunner Daniele Nathanson told TV Line explained: “Ultimately, we wanted to keep tying everything back to Smurf. And Emily Deschanel is a great actress, but she was never intended to pick up that Smurf energy.

“The only person Angela really connected with was Pope. After Smurf died, that loss had to come to the fore. The story had to be about his relationship with his mother, even though she’s dead. So it was a one-season arc.” 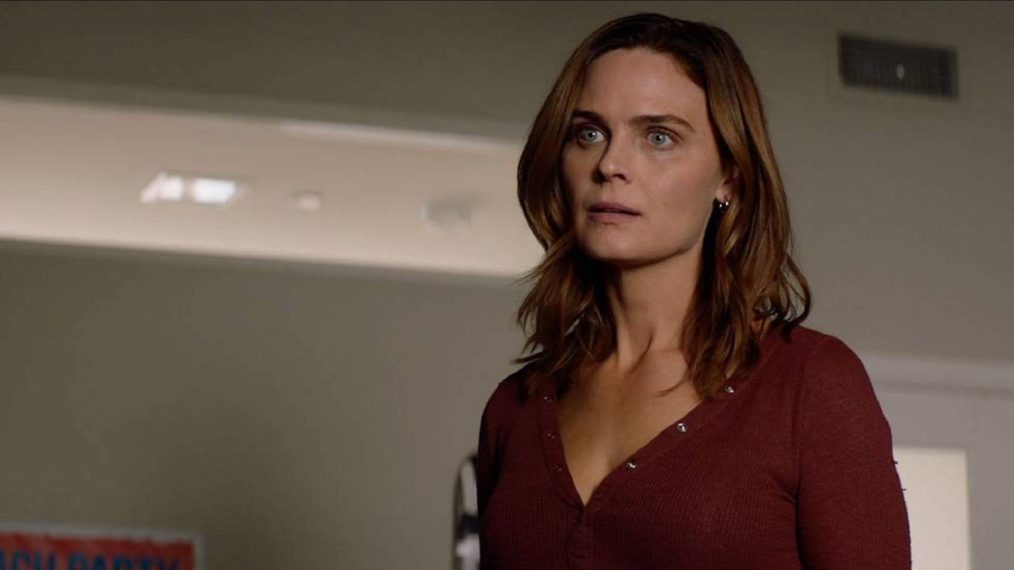 In other words, Deschanel was never intended to appear in more than one season. She made her debut as Angela in Season 4’s second episode aptly titled “Angela.” She was a close friend of Pope and his twin sister Julia’s when they were growing up. Season 4 saw Pope and Angela become involved, but as with most of the characters on this series, some drama was involved.

Despite the shocking nature of Angela’s off-screen death, nothing compares to Smurf’s (Ellen Barkin) Season 4 demise in 2019. With less than two seasons left to the series, we’re willing to bet they won’t be the last deaths to take place on Animal Kingdom. Stay tuned for more as Animal Kingdom‘s fifth season unfolds on TNT.