Hosted by Disney faves Dara Reneé and Issac Ryan Brown, each episode features three teams of two, matched by age range (6–14) and skill level. Some have been at it “since they were quite young,” says exec producer Emily Mraz. “Others learned to bake over the past year.” How much work went into changing the Tower of Terror into the 'Guardians of the Galaxy' attraction?

In the first week, contestants whip up Descendants-themed wedding cakes, while on August 20, in the show’s regular 8/7c timeslot, bakers take inspiration from favorite Disney park rides (above, the “Sprinkle Sisters” with their Mad Tea Party homage).

Expect to see every color of fondant in the Enchanted Pantry and the routine use of a dance break: It “gives them a moment to relax, laugh, and have fun,” says Mraz. Also, look forward to a gravity-defying, topsy-turvy cake task. “Pro bakers find [those] to be a real challenge,” notes Mraz. “These kids pulled it off.” 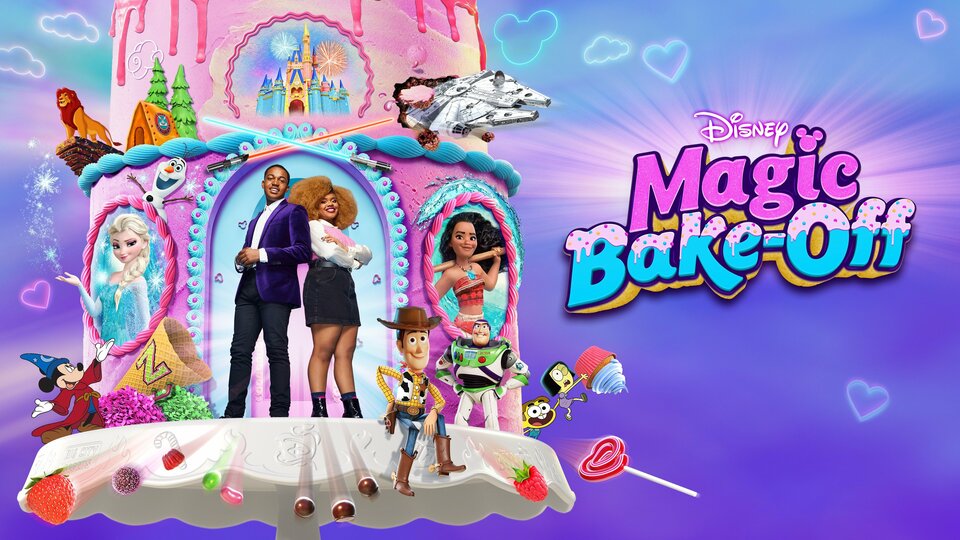 Disney's Magic Bake-Off where to stream