Roush Review: Sing Along With ‘Schmigadoon!’

Though obviously aimed at those with an affinity for perky song-and-dance parodies, this jubilant and wonderfully clever six-part series for Apple TV+ also empathizes with a malcontent like Josh (Keegan-Michael Key), a spiritually tone-deaf surgeon. He’s horrified to have stumbled into the magical title land—a nod to Brigadoon—while on a camping trip to heal his relationship with fellow doctor Melissa (Saturday Night Live’s Cecily Strong). They’re instantly greeted with an upbeat production number that’s like “Oklahoma!” on helium, as the gleeful residents describe a village “where it’s warm and safe as a new cocoon, and our hearts all glow like a harvest moon.” They’re all having a ball as they send up Rodgers and Hammerstein classics — Aaron Tveit of Broadway’s Moulin Rouge! woos Melissa as the spitting (and hoofing) image of Carousel’s bad-boy carnival barker — with echoes of Irving Berlin, the Gershwins, and Cole Porter in the pitch-perfect score by series cocreator Cinco Paul. Even a show-tune buff might cringe at an entire number devoted to the local delicacy of “Corn Puddin’,” but it’s really funny.

While honoring the past in this oasis of pinafores, parasols, and painted backdrops, Paul’s lyrics also deliver a subversive sting, winking at and commenting on the genre’s socially backward and sexist attitudes. Melissa is on to something when she compares the local ritual of a picnic-basket auction to men “bidding on women like livestock.”

From 'Zoey's Extraordinary Playlist' to 'Smash.'

According to the rules of this fractured fable, described by leprechaun Martin Short in a cameo, Melissa and Josh must remain in Schmigadoon until they rediscover true love. Their quest is complicated when Josh bonds with an independent-minded schoolmarm (Ariana DeBose as Schmigadoon‘s answer to Marian the Librarian) and Melissa’s involvement in a love triangle with a widowed doctor (Jane the Virgin’s Jaime Camil in a nod to South Pacific‘s Emile deBecque) and a snooty Countess (Jane Krakowski in rare form, taking on The Sound of Music‘s imperious Baroness).

A hoot and a hymn to a bygone tradition, Schmigadoon! is such a delight I never wanted to leave. If I have any complaint, it’s that Apple might have reconsidered its usual tendency of dropping episodes weekly, a policy which I generally applaud. After watching the first two episodes this week, you may want to devour them all, and I can attest that it’s a blissful binge. Waiting a week for the next dose of musical merriment is nothing to sing about. 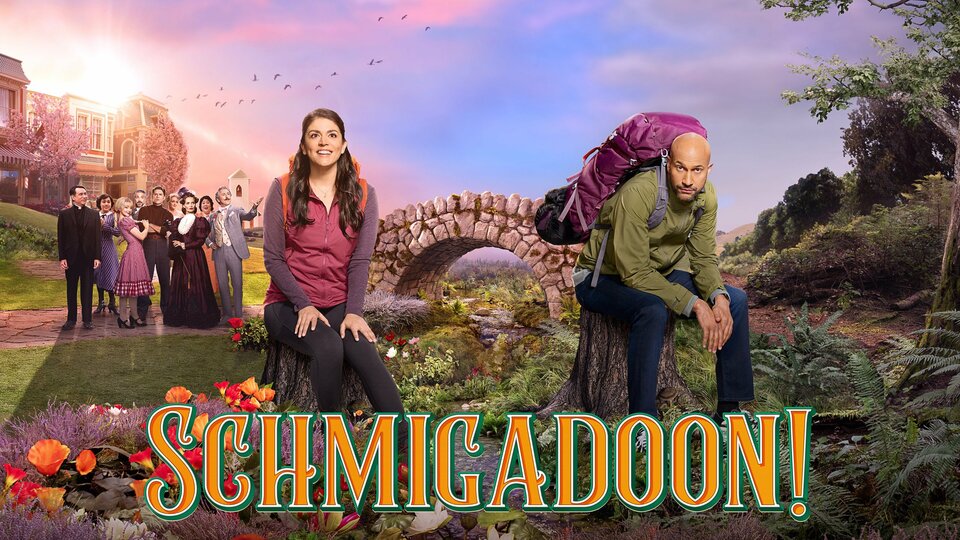