[Warning: The below contains MAJOR spoilers for The Blacklist Season 8, Episode 21, “Nachalo.”]

The Blacklist is delving into long sought-after answers in its final Season 8 installments and the most recent episode, “Nachalo,” is teasing Red’s (James Spader) true identity.

In the penultimate episode, after revealing that he is N-13, the elusive spy that Liz (Megan Boone) had been searching for all these years, Red brings her to the headquarters of his operation in Latvia. There, he helps tell the story of her past and provides clarity regarding their connection.

'The Blacklist' Penultimate Episode Answers '8 Years Worth of Questions'

Reddington and Liz are heading to Latvia for the final Season 8 episodes.

Among the episode’s biggest takeaways are that Liz’s mother Katarina Rostova is still alive, and the woman she believed was her mother is actually a spy named Tatiana Petrova (Laila Robins). Where Liz’s mother actually is remains unclear, but Tatiana initially assumed Katarina’s identity to help the woman escape and protect Liz.

The real Raymond Reddington was Liz’s father and was killed by his daughter’s hand as a child when she shot him. Katarina went into hiding at this point and Liz was sent off to live with her adoptive father, Sam. Since the U.S government and the rest of the world was unaware of Raymond Reddington’s death though, Katarina created a new one who could watch over Liz. Whoever Red is, he didn’t originally look the way he does now as a scene of surgery teases a transformation for the individual assuming the identity. While Liz is mostly preoccupied with locating her mother, answers don’t come before she’s shot and pulled from her fantastical walk down memory lane.

The culprit of the interruption is Neville Townsend (Reg Rogers), who shows up in Latvia with his own motivations. With the help of Dembe (Hisham Tawfiq), Red gets Liz into a bunker before setting decades of intelligence, Neville, and his men on fire in the space above them. 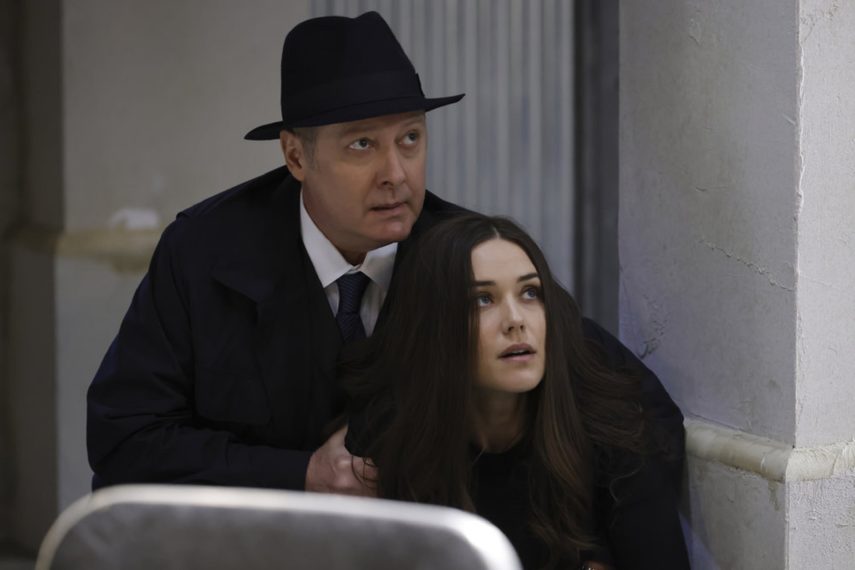 Could Red actually be Katarina or is it someone else we have yet to uncover? It’s clear viewers are on the brink of an answer and with Boone exiting the show as a series regular, it would only make sense that Red’s true identity would be unveiled before she departs. The reveal could also set up where the show will go in Season 9. Tune in to the Season 8 finale, “Konets,” when it airs June 23 to hopefully find out.