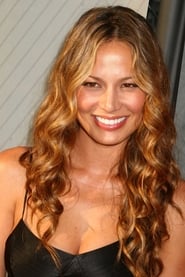 Moon Bloodgood (born September 20, 1975) is an American actress and model. She starred as "Lt. Blair Williams" in the film Terminator Salvation alongside Christian Bale and Sam Worthington. Bloodgood previously starred in the films Eight Below and Pathfinder.Description above from the Wikipedia article Moon Bloodgood , licensed under CC-BY-SA, full list of contributors on Wikipedia.