And they have some aptly named cocktails for the occasion

Kensi seems to be loving the role of blushing bride

Catching the two behind the scenes

She's ready to walk down the aisle

Kensi also has the support of her amazing bridesmaids

What a striking pair these two make

Of course, the event wouldn't be the same without Callen (Chris O'Donnell) and Hanna (LL Cool J)

Of course, Nell (Renée Felice Smith) and Eric (Barrett Foa) are in attendance

Along with the NCIS team, fans are invited to sit in on the ceremony for this beloved couple

It's (almost) finally here! Kensi (Daniela Ruah) and Deeks' (Eric Christian Olsen) big day on NCIS: Los Angeles is just around the corner and TV Insider has your exclusive first look at the long-awaited wedding.

From bridal gowns and flowers to the guests and romantic moments, the March 17 episode, "Till Death Do Us Part," is sure to be anything but disappointing for the show's fans and Densi shippers. After months of waiting and a brief period of doubting whether it would happen at all in Season 9, this couple's walk down the aisle is a sure thing. 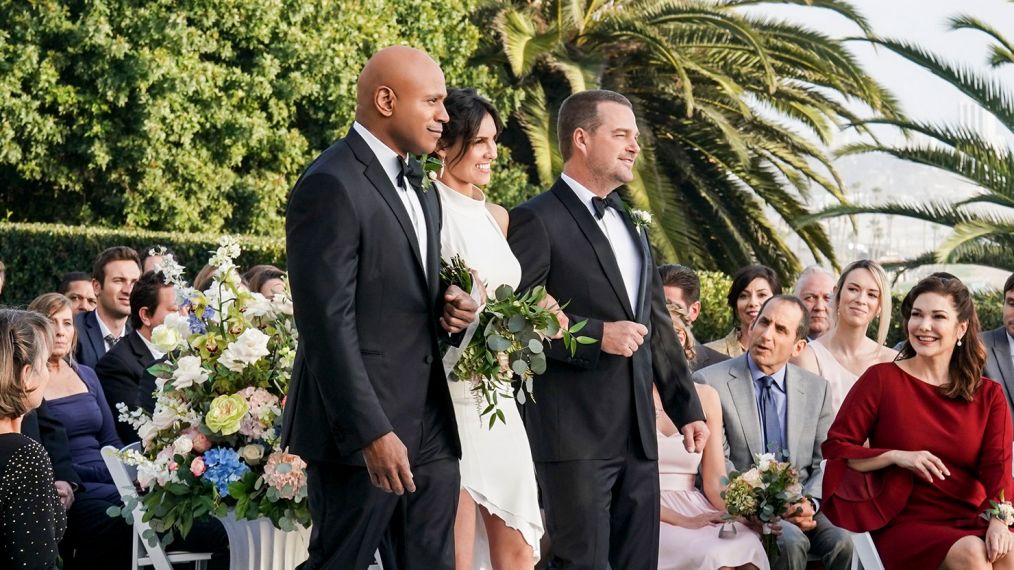 All your inside scoop from the set of the Densi nuptials — including a surprise so big, we've been sworn to secrecy.

Click through the exclusive photos to see the rest of the NCIS team, including Callen (Chris O'Donnell), Hanna (LL Cool J) and more, in their finest threads for the ceremony. And despite this duo's penchant for kicking butt and taking names, Kensi and Deeks are the picture of glamour and elegance while tying the knot.

So make sure to mark your calendars because you're cordially invited!