Jesse Metcalfe (Chesapeake Shores, Christmas Under the Stars) and Sarah Lind (Edgemont, True Justice, Humanity Bureau) star in the first of the series of all-new original movies, based on the A Martha’s Vineyard Mystery book series by Philip R. Craig.

The first movie, A Beautiful Place to Die, premieres Sunday, January 12 on Hallmark Movies & Mysteries. The story focuses on retired Boston Police Detective Jeff Jackson (Metcalfe) who, after being injured and facing loss in the line of duty, returns to a quiet life in his late father’s Martha’s Vineyard home. When a mysterious visitor to the island turns up dead, Jeff is reluctantly recruited to help in the investigation by the local police chief, a family friend.

Adding a layer of complication, Zee Madieras (Lind), the chief’s daughter who shares history with Jeff, is the medical examiner on the case. As the murder investigation casts suspicion on some of the town’s most powerful and wealthy citizens and brings Jeff and Zee’s lives in peril, they race to solve the case before another tragedy strikes the peaceful vacation town.

Click through the gallery above for a sneak peek at the original movie! 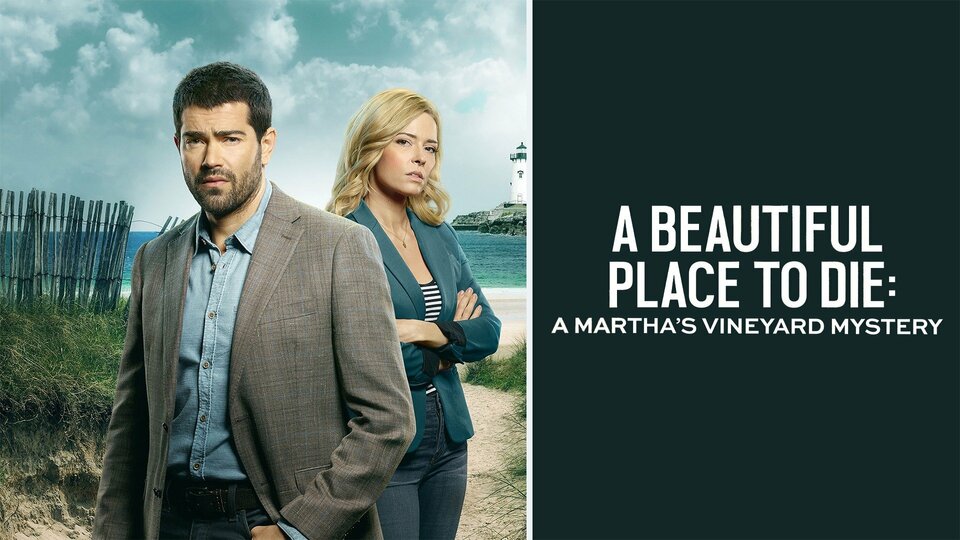 A Beautiful Place to Die: A Martha's Vineyard Mystery where to stream

A Beautiful Place to Die: A Martha's Vineyard Mystery