[Warning: The below contains MAJOR spoilers for The Flash Season 7 Episode 9 “Timeless.”]

One of the OG Team Flash members is bidding adieu quite soon, and the May 11 episode may have just revealed how the CW superhero drama will be sending off Carlos Valdes’ Cisco Ramon.

Pair have been on The CW show for seven seasons.

In “Timeless,” Cisco’s girlfriend Kamilla (Victoria Park) told him that her photos on Eva’s (Efrat Dor) attacks were accepted at a gallery in San Francisco, and she was considering going there to help install the exhibition. “I’d ask you to come, but I know you have your perfect job at STAR Labs and your amazing friends,” she explained. “You’re an OG member of Team Flash.”

But Timeless Wells (Tom Cavanagh), around to help the team with the latest threat, had some words for advice for Cisco. “Man’s gotta be where his heart lies,” he said. “He’s just gotta learn to listen to it.” (Cue the pointed look in Kamilla’s direction.)

After that, both Cisco and Kamilla had realized what they have to do and share their thoughts at the same time: “I have to leave Central City.” Yes, Kamilla’s planning to go to San Francisco and Cisco’s going with her — but they do have to tell Team Citizen and Team Flash, respectively. 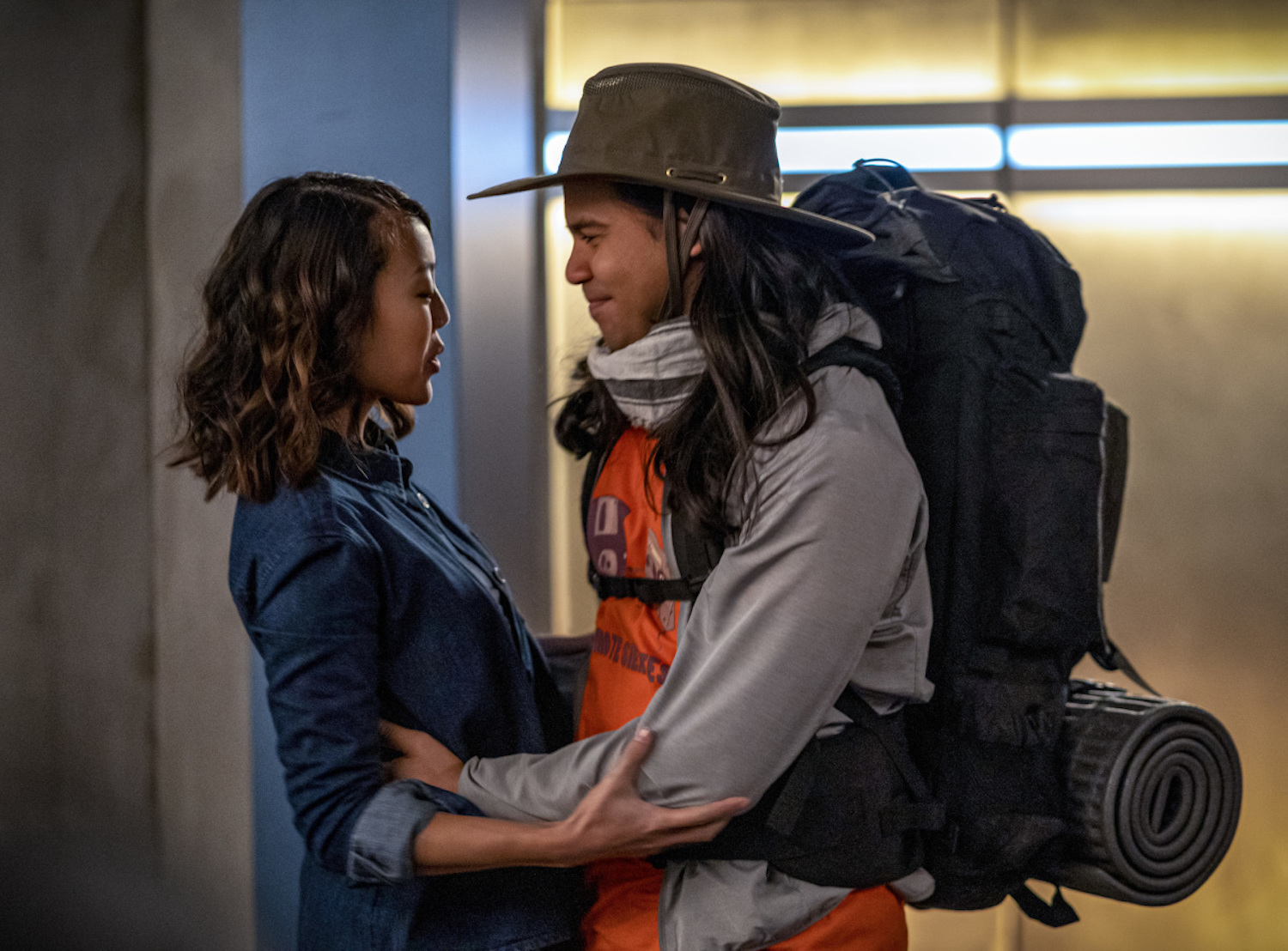 As was revealed when Valdes’ exit was announced, his last appearance will come in the Season 7 finale. But that also means that something could happen to change his plan to leave Central City. While we highly doubt The Flash will kill off Cisco, it’s always a possibility. Even though showrunner Eric Wallace has said the door is “open” for a return, the multiverse is out there (albeit a new one from the one they knew of before “Crisis on Infinite Earths”) and there’s time travel.

For now, we’ll just have to wait and see, but we do know that we expect to see some emotional farewell scenes in episodes to come as Cisco has to tell the rest of the team his plans to leave.