Hi, TV Insider’s other critic Linda Maleh here! While Matt Roush is on a much deserved vacation, I’m bringing you our daily picks for what’s Worth Watching so that you never miss a moment of great television:

Breeders has a themed episode where all of the characters consider their various friendships, or lack thereof. Mark (Wilson Bethel) isn’t going to back down from prosecuting Sheriff McCarthy (Louis Herthum) on All Rise. Chunk (Christopher Jackson) does his daughter Anna (Jazzy Kae) a favor on Bull. If you love The Joy Luck Club, then check out this documentary on the iconic author Amy Tan.

They say never meet your heroes. Idealistic Judge Lola Charmichael (Simone Missick) learns that the hard way when she hears that Judge Prudence Jenkins (Charlayne Woodard), whom she idolized, is being accused of bribery and plans to represent herself in a bench trial. Deputy DA Mark Callan moves forward with the case against Sheriff Wayne McCarthy for the wrongful shooting, and he and Corinne Cuthbert (Anne Heche) each get one unchallenged request for a new judge, no questions asked. 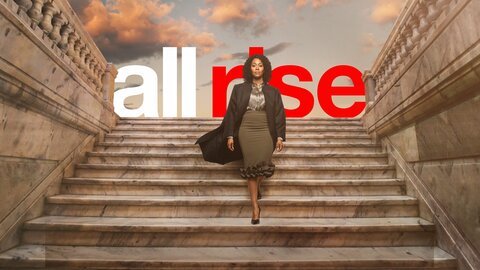 Chunk’s daughter Anna reappears on the legal drama when she asks Chunk for a favor – to get Bull (Michael Weatherly) to defend a teenager on trial for robbery. The case is made extra difficult, however, by the fact that the defendant refuses to name his accomplice. The case also makes Chunk suspicious of Anna’s older boyfriend, a writer who somehow has the money to pay TAC’s legal fees for the trial. Taylor’s (MacKenzie Meehan) been prickly about her ex-husband’s new girlfriend spending time with her son for a while now, but she has no choice but to put that aside when she has to rely on the woman to babysit while the case keeps her working around the clock.

Paul (Martin Freeman) and Ally (Daisy Haggard) still feel a little distant since Ally kissed someone else a couple of episodes ago on the dark comedy. As Ally says, it’s like she lost her best friend. She’s not the only one thinking about friends this episode. Paul realizes that all of his adult friends have fallen away, and reconnects with one friend who has some bad habits. This results in a new friend for Ava (Eve Prenelle) as well, but has an impact on Ava’s existing friend group. Luke (Alex Eastwood) becomes close friends with Jonathan, the kid who covered for him with the pillow incident on the school trip. It’s a relief for him to finally have someone to hang out with outside of his family. Jim (Alun Armstrong) and Jackie (Joanna Bacon) are forced to move, and feel indignation at being uprooted, and having to say goodbye to the friends they’ve made with their younger neighbors. Paul and Ally work on their relationship. 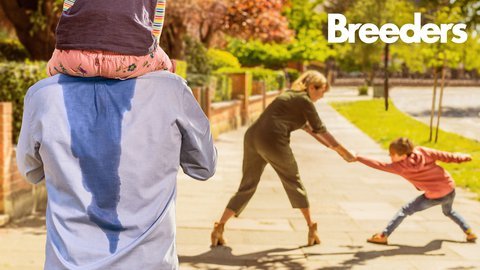 A worthy addition to the American Masters series, this documentary about beloved Chinese American novelist Amy Tan, best known for The Joy Luck Club, follows her complicated relationship with her mother and what she tries to convey through her writing. There’s even footage of her singing in the all-star author band Rock Bottom Remainders – other members include Stephen King and Scott Turrow.