Ben and Erin Napier are known for rolling up their sleeves to restore treasured properties in their hometown of Laurel, Mississippi. Now after five successful seasons of Home Town, the HGTV power couple is hitting the road to Wetumpka, Alabama (population 8,278), and testing their renovation skills like never before in Home Town Takeover.

The six-episode spinoff follows the Napiers’ massive undertaking of revitalizing an entire town in four months. In all, they’ll focus on a dozen projects including historic homes, restaurants, stores, restaurants, public spaces, and bringing a largely shuttered downtown street back to life.

This charming dynamic duo can’t do it alone, however. So they’ve enlisted other Discovery universe all-stars to lend a hand through the process. Everyone from Eddie Jackson (Food Network and Cooking Channel Host) and Randy Fenoli (TLC’s Say Yes to the Dress); to Dave and Jenny Marrs (Fixer to Fabulous); and Ty Pennington. Capping it off is Sheryl Crow playing an intimate main street concert during the season premiere.

We sat down with Ben and Erin to chat about branching out their community efforts and providing a much-needed hug to the moms and pops. They also go into how they balance filming three shows during a pandemic while expecting their second child. Tell me about the decision to do Hometown Takeover.

Ben Napier: We have heard how people discovered Home Town during the pandemic and how we kept them company. Now we’re hearing the timing is amazing. We started this discussion on the network two years ago. At the time, it sounded like fun because we get messages all the time if we can do what we do in Laurel for their town. The network was also getting messages. We have learned so much over the years, it felt right to share that. To provide a loose roadmap for how you do it.

Was there any trepidation of taking on such a massive undertaking?

Ben: There was never any trepidation about doing the show. We thought it sounded awesome. Then the pandemic hit, and we had the logistics of being young parents. We thought about how we would go to a town where we don’t know anyone and renovate small houses and bring our two-year-old with us. Who comes to help? There was a time where we thought it was a cool idea but it won’t happen. But it all came together; it nearly killed us.

Watching the show, you’d never know there was a pandemic happening.

Erin: HGTV realizes that people are fatigued by the pandemic. People know it’s here. We don’t have to tell them. Let this show exist during a time when you don’t know when it was made.

Ben: If I had a dollar for every person on social media who messaged me asking why we aren’t setting a good example and wearing masks, I would have so many dollars I wouldn’t have to make TV anymore.

Erin: We’re honored we got to give people an escape. That is not to say, we aren’t tested three times a week. Everybody we’re connected to is tested constantly. Anyone who comes on set has to be tested twice before they are allowed on set. Everyone has to wear a mask if they are not on camera. It’s very complicated.

Ben: Everyone on our crew now has been vaccinated, but we’re still testing three times a week.

Erin: I felt very protected because our production crew is so incredible.

Ben: It was by design, but not without great effort.

How was it getting the assistance of your fellow network avengers?

Erin: It was the only way it was possible to make the show because at first, we were going to make Home Town Takeover at the end of 2020. Then start season 5, so we could be completely committed to it. Once we were overlapping, it meant going back and forth. The only way it was possible was if we had other experts step in and carry the baton for us.

Ben: We never got to work with any of our HGTV friends because we would be leaving on Saturday to Laurel to work on a house, and they’d be coming on Sunday. We could not have done it without any of them.

How do you stay on top of everything and sane, especially with baby number 2 on the way?

Erin: You have to have incredible people helping you. We have our amazing nanny and mommas who kept this train on the tracks. It takes everybody you know and love to make it possible. And it was still the hardest thing we’ve done by a long shot. Being pregnant, not feeling well while you’re trying to do your very best work, in two different states on three different shows is difficult. It showed us what we can handle and can’t handle. It made us feel like when this baby comes, we can handle anything. 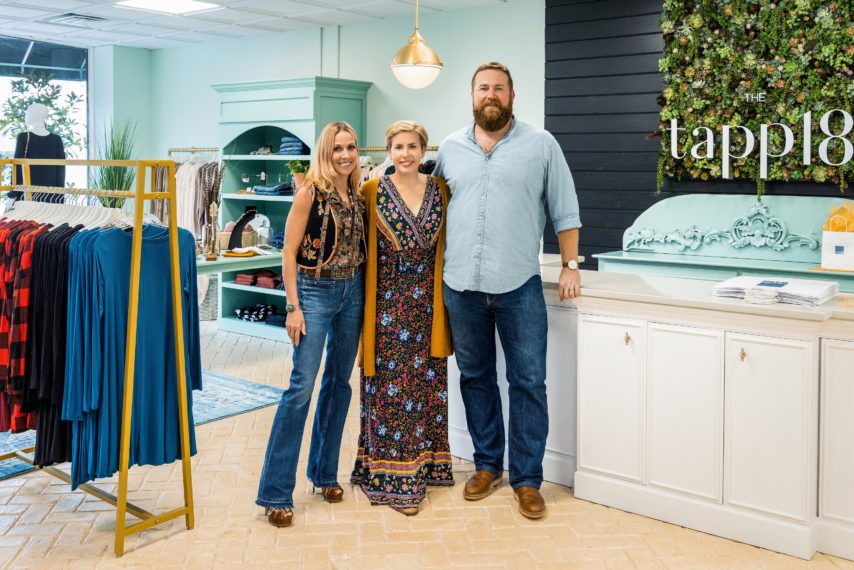 Does having an additional child make you think about slowing down?

Ben: We are trying to raise our children in a way that they don’t sense that we have just a job like everyone else. Season 5 was the first season [our daughter] Helen has watched with us. It’s great because everybody she knows is in Home Town.

Erin; She thinks everyone in the world is on TV, so it seems normal.

Ben: We never want her to think we are in any way better than anyone else. That’s hard when you live in a small town where a TV show is made and you’re the stars. People want to come and take your picture, but we’re trying to buffer her from that.

Among the most exciting projects was the house from the movie Big Fish. How was working on that, knowing it’s so beloved?

Erin: The Big Fish house was a dream come true. It’s my all-time favorite movie since 2003. I can recite the script for you. I was so excited. It’s a dream come true to work on a movie house because I’ve always been fascinated by production design.

What do you want people to walk away with after watching Home Town Takeover?

Erin: I hope it inspires every small town that has tried to mobilize revitalizing. I hope it makes them feel there is absolutely hope. There is a handbook, steps to follow that bring success. We hope it starts a movement. That is the point of Hometown Takeover. Wetumpka is not necessarily the point. It’s just emblematic of what other small towns can do. 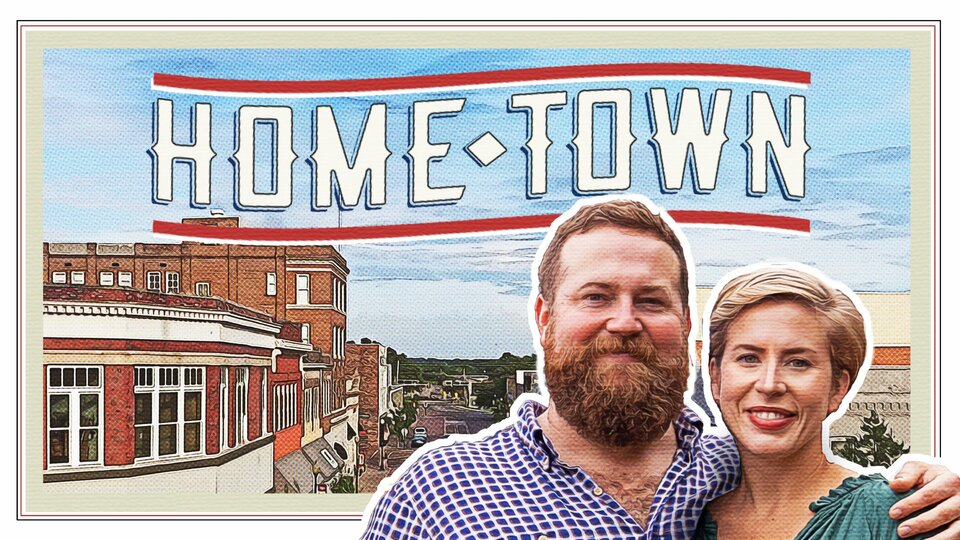 Home Town where to stream 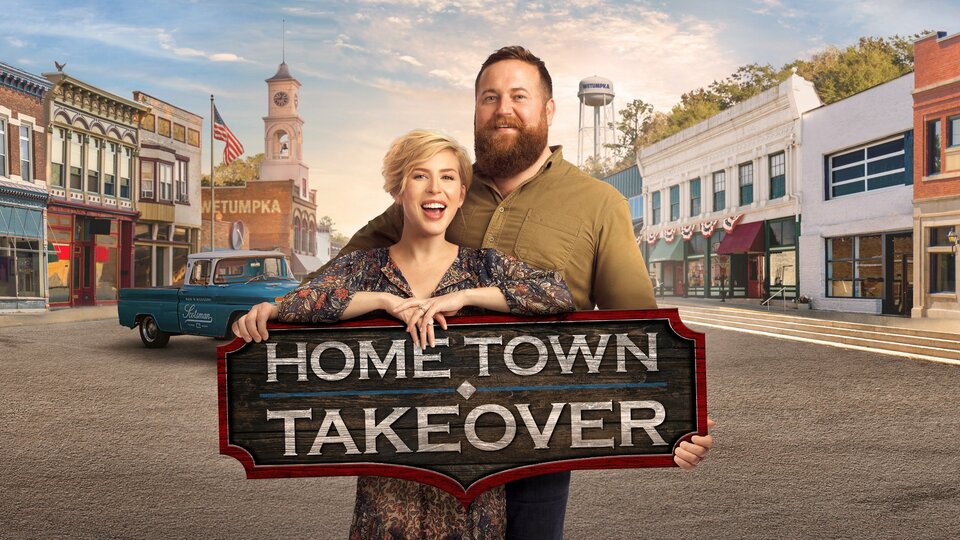 Home Town Takeover where to stream