Yes, this Christmas movie premieres on Halloween. But once you see the chemistry between Broadway faves — and longtime friends — Laura Osnes and Aaron Tveit in One Royal Holiday, Tveit’s romantic Countdown to Christmas debut, you’ll understand why. And, just like the two stars, we hoping it’s the start of a Hallmark Channel franchise

“We started joking about that the first day,” Tveit says. “The next one could be One Royal Wedding. One Royal Baby…” (They’ll have to come up with new duets too — here, they sing Winter Wonderland for the opening credits.)

Tveit plays buttoned-up James, who’s stranded in snowy New England days before Christmas. Sympathetic nurse Anna (Osnes), unaware he’s the Crown Prince of Galwick, offers him and his mother (Tony winner Victoria Clark) rooms at her family’s Connecticut inn. While reclining by the tree and taking an impromptu carriage ride, James and the unlucky-in-love Anna slowly open up to each other, and he finds inspiration for the heartfelt holiday address he must deliver to his people.

The actor — who earlier this month scored his first Tony nomination for starring as bohemian Christian in Moulin Rouge! The Musical and is now filming an untitled Apple TV+ musical comedy series set in the magical land of Schmigadoon — hadn’t worked since Broadway went dark in March (and he recovered from Covid-19). Then he received the One Royal Holiday script out of the blue in June. “I thought it was so simple and straightforward and heartwarming and meaningful,” he says. “And the timing for me—I was very, very grateful for many, many reasons.”

The movie was a chance to properly work with Osnes, with whom he’d only previously done concert events. The cast and crew formed their own little bubble in July, staying at the two Woodstock, Connecticut inns that were used for shooting. “It was a wonderful thing to get right to working so early in this new world, and to see that it could work,” he says. “There was a comfort in knowing that we were all together, in the same boat. And something that I didn’t realize till afterwards is that in a time that’s so not normal, once the cameras are rolling, I got to do something that was very normal. It was quite a gift.”

Here, we asked Tveit to preview a few of the presents that await viewers. Bonus: the movie’s costume designer, Lorraine Coppin, chimes in on her greatest finds.

Of course he has one; Galwick is a (fictional) country in northern Europe. Tveit initially pitched a Scandinavian accent, in honor of his own ancestry. “I thought, ‘How fun could that be?’ I think they thought I was joking, but I was serious,” he says with a laugh. Deciding it might pull a little too much focus, he opted for what he describes as a traditional, upper-class British accent. “The idea was maybe James studied in London,” he reasons. “There’s a heightened quality to that accent that helps sell the royalty factor.” Every leading man in a Hallmark Christmas movie needs one. Bravo to this film for making it a genuine plot point. At first, James is all business, worrying about winning over his people and the prime minister back home, so he only wears suits. But then Prince (Eventually) Charming loosens up enough to borrow a cozy cable knit from his security detail, Christopher (Bradley Rose). “It definitely was a big discussion point,” Tveit admits of finding the sweater. While it may have its own Chris Evans-in-Knives Out moment, that movie wasn’t Coppin’s inspiration (she hadn’t even seen it). She says she just wanted something that looked authentic — “sexy, but rugged and wintery, without being over the top.” Her first choice was a wool fisherman’s sweater that both she and Tveit thought was gorgeous, just not ideal for filming in the middle of summer. “It was meant-to-block-out-the-wind-off-the-North-Sea kind of real,” he says.

Because of the bubble, Coppin wasn’t allowed to shop in person, so she scoured the internet looking for a more breathable option and found the cotton J.Crew match (above). “He was so happy that he was like, ‘Can I have that on my way out the door?'” Coppin remembers. Tveit went home with the sweater and James’ three-piece pinstripe Connaisseur Paris suit (below), she says. A Fresh Take on the Traditional Festivities

A good holiday movie uses the requisite Christmas activities to advance the story, not just as set decoration. In addition to the aforementioned heart-to-hearts in front of the Kentsbury Inn’s Christmas tree and during the carriage ride back from the town’s parade, there’s a gingerbread house contest that reveals more than James’ passion for architecture (Tveit’s skills were rusty: “I think the only gingerbread house I ever built was in fifth grade,” he says). Even the caroling, led by the mayor/Anna’s friend Sara (fellow Broadway vet Krystal Joy Brown), serves a purpose other than simply making us wonder how well James should sing. “It was definitely a question,” Tveit admits. “I thought, maybe James can sing, he’s just a bit reluctant to do so. So my focus was more about him being a little late to the game. I think that’s what pays off: When I finally do join in, it’s at a time where he’s gone through some changes and Laura’s character has clearly affected him in a way that he feels comfortable enough to do that now.” It all builds to this. Naturally, Osnes — who earned the first of her two Tony nominations starring in Rodgers + Hammerstein’s Cinderella, with Clark as her Fairy Godmother — took lead on choreographing the climactic dance. “One afternoon, we spent about an hour out in front of our inn, in the parking lot, staging this waltz in street clothes,” Tveit recalls with another laugh. “People from the crew were walking by, turning their heads, not knowing what we were doing.” On the day they shot it, their efforts stopped the show: “It was a point of pride for us,” he says.

Equally applause-worthy is Osnes’ sparkly MAC Duggal gown, one of 10 options the costume department considered. Says Coppin, “It was the second dress we put on her, and we never tried the other eight. We were like, ‘It’s Grace Kelly. It’s Cinderella. It’s perfect.” (That’s true; it has pockets.)

A New Countdown to Christmas Classic

We predict this movie will be in rotation for years to come. “I hope so,” says Tveit. He discovered just how popular Hallmark’s holiday movies are when his father shared that a couple of his golf buddies were “very surprised and very excited” to hear that he’d be doing one. “That just goes to show the wide reach of these and how many people love them. Because it’s a great thing, right? You get to come together and tune into these great stories with your family. If this can become a part of people’s holiday experience and they want to see it [every year], that’s a very special thing to be a part of.” Especially if One Royal Wedding were to get the greenlight. “We mentioned it to the writer, that we’d have the whole plot of the next film already worked out,” he says. “So whenever they want to start filming, let us know.” 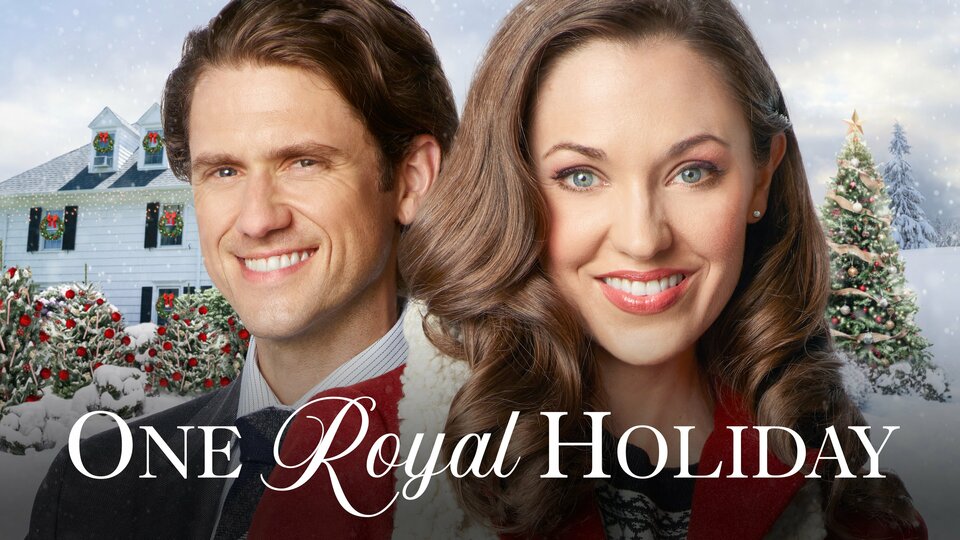 One Royal Holiday where to stream