Kim Delaney is an Emmy winner for her role as Det. Diane Russell on NYPD Blue and has been a cast member of many other memorable programs including Army Wives, Chicago Fire, CSI: Miami, The O.C., and she even headlined her own series — Philly — in 2001-02. But she’ll always be known and loved for her first TV role – Jenny Gardner Nelson on All My Children. Now, she’s coming back to soaps and will make her debut on General Hospital on Tuesday, October 5.

As soap fans may recall, Delaney’s tenure in Pine Valley from 1981-84 coincided with a golden age of storytelling for the show. Ingenue Jenny and boy-next-door Greg (Laurence Lau) were star-crossed lovers who were kept apart by all sorts of maleficent forces including Liza Colby (Marcy Walker), who wanted Greg for herself, Greg’s busybody mother Enid (Natalie Ross), and Jenny’s obsessed boyfriend Tony Barclay (Brent Barrett). Greg and Jenny finally made it to the altar, but their honeymoon – and her life – were tragically cut short after Jenny boarded a jet ski that Tony had rigged to explode, hoping to kill Greg, but Jenny was the casualty. GH is keeping it under wraps as to whom Delaney is playing, but TV Insider did chat with the actress about how her return to soap operas came about. Read on to get the scoop!

I guess it’d be too much to hope for your first GH scene to be you in a hospital bed with two doctors standing over you with one saying, ‘This woman’s been in a coma for over 36 years ever since that jet ski explosion!’

There are very few on-screen deaths that leave the impression that Jenny’s did. College students altered their class schedules around when soaps would air.

Yes. Musicians, too. They’d wake up and then throw on their TVs and watch All My Children.

What are your memories of that time? Plenty of soaps do the poor girl/rich boy story as AMC did with Jenny and Greg (Lawrence Lau), but yours was special due in no small part to the casting and storytelling.

I had the best time when I was on that show, playing Jenny. I think I knew that it was special but I wasn’t fully quite aware of the magnitude. I remember Carol Burnett (an AMC super-fan who recurred on the show as Verla Grubbs) took six of us out to dinner to this beautiful restaurant in New York. She said, ‘Guys, you have to know how special [this show] is. You may not fully know it for 20 years, but it is.’ We just had so much fun doing it. Steven Bochco said something similar to me on my first week of NYPD Blue. And because of my time on AMC, I was able to say to him, ‘Yeah, I know.’ 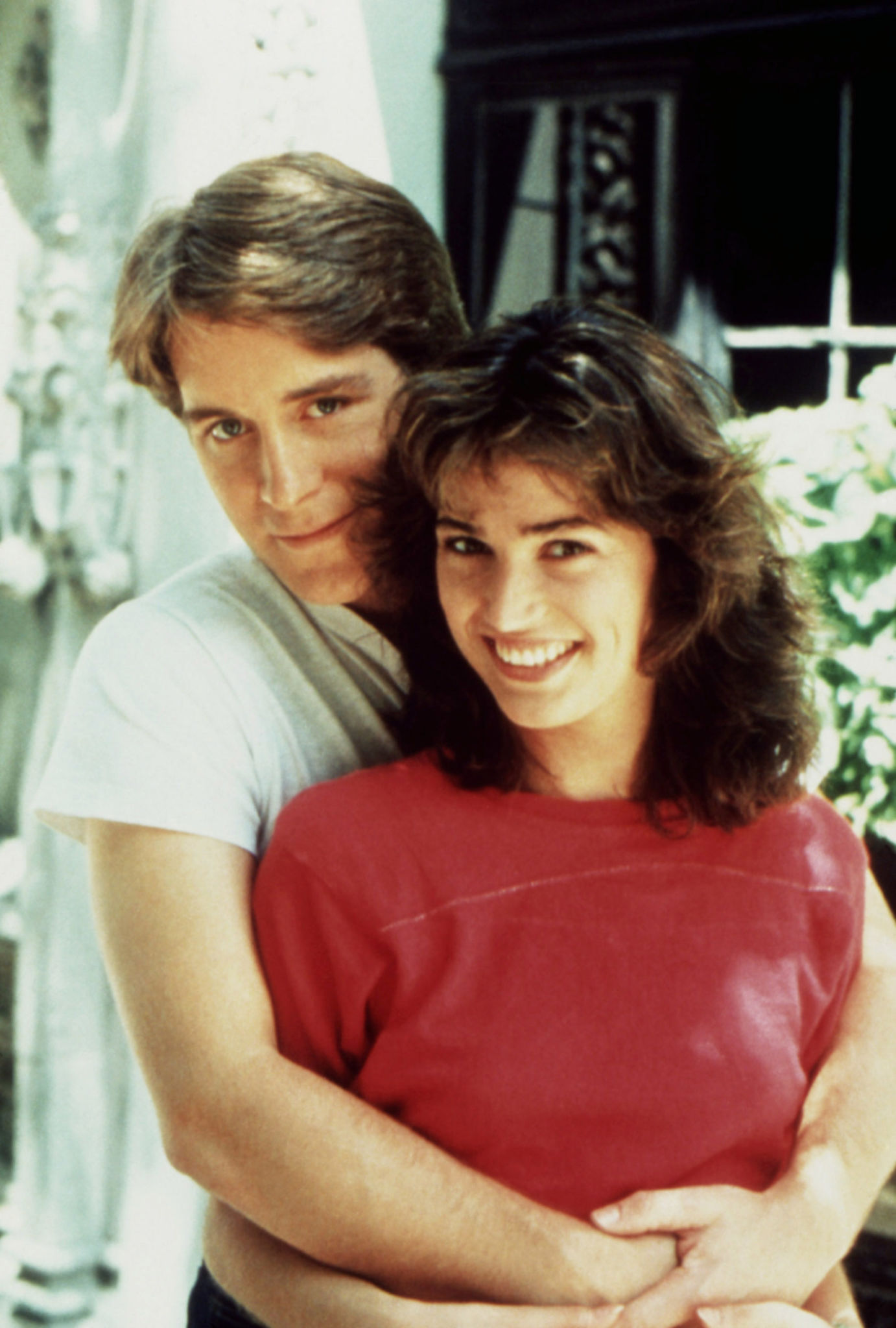 Laurence Lau and Kim Delaney on All My Children in the 1980s (ABC / Courtesy: Everett Collection)

When Diane’s husband Bobby (Jimmy Smits) was on his deathbed, it was like, ‘Well, now Kim knows how Greg felt when Jenny died.’

How did you coming to GH come about?

Frank Valentini [executive producer] reached out. He got in touch with me. We had some conversations and he sold me on it. He started talking about where he was going to take this character and I said, ‘Let’s go!’

Today’s taping schedule must make the one you had at AMC seem leisurely.

I remember on AMC that each day we’d first work with the director. Then, we’d do dry-blocking and then, we’d have lunch. After lunch, there was dress rehearsal and then, we’d shoot.

How are you adjusting to how quickly the show tapes now?

I’m doing okay with it. It’s all good. It’s just a different way of taping.

You returned to All My Children in 1994 for some guest spots after Tad went to heaven and encountered deceased loved ones – this was long before it became ‘cool’ to do a cameo on a soap after moving on from daytime.

Yes. I came back as an angel. They reached out and I said, ‘Absolutely. Whatever you want.’

None. Work is work. And AMC was so great for me. It was a very special time in my life. When I left, it was because I wanted to try other things. That was the only reason I didn’t stay.

In 1996, Agnes Nixon was awarded the Editors’ Choice award at The Soap Opera Awards. Carol Burnett did a pre-taped packaged honoring Agnes in which she asked her: “How in heaven’s name could you have killed off Jenny? I loved her! What were you thinking? Did you snap? I mean, I haven’t stopped crying since 1984.”

That’s funny. I loved Agnes. She was such a beautiful woman. The show had me in that hospital bed for a while [after the jet ski exploded]. I think they were trying to figure out if they could talk me into staying. I said I wasn’t playing any games. I was thinking, ‘Let’s see what else was out there.’

Jenny’s mom was Opal, first played by Emmy-winner Dorothy Lyman. What did you learn working with her?

Dorothy’s such a talented teacher. She was tremendous for me. I learned how to be spontaneous by working with her and so much more. We were super-close. She helped me. She taught me. I was scared to death half the time. I had all this energy. The crew showed me things, too, like how to save energy and stay in camera range. Really, everyone was helpful.

What was it like working with Michael E. Knight?

He was wonderful also. We were all really lucky. We had this young cast and we were also very close friends. We’d go out on the weekends and for dinner. We were tight off set so I think that helped us on set. Fans are really hoping that whatever storyline you’re involved in your character will interact with Michael’s.

I am hoping we do cross paths.

On AMC, Liza blackmailed Jenny into leaving town over her convict father and then, Liza accused Jesse (Emmy-winner Darnell Williams) of rape. So, they ran off together to live in New York and viewers saw this really nice friendship. It wasn’t as common place then to see an interracial dynamic between a man and a woman. What response did you get at the time?

I think Agnes was always way ahead of her time. The response was pretty positive to their friendship. Fans liked seeing us together. Jesse and Jenny were helping each other.

When you’re out and about, which show are you spotted for the most by fans?

It really does run the gamut. There will always be Jenny fans and it actually is mostly Jenny fans. But I also get Diane from NYPD Blue and Philly! People ask why that show got canceled after only one season!

You won the Emmy for Outstanding Supporting Actress in a Drama Series in 1997 for two powerful NYPD Blue episodes. Where do you keep that golden girl?

She’s on that mantel. Thank you.

There’s been a lot of social media reaction to you coming onto GH. People are really looking forward to it. How does it feel?

I have seen some of it. People are trying to guess which character I’m playing. I think that’s part of the fun. I hope I can live up to it.